I’ve honestly begun to enjoy gardening the past two years and I’m slowly turning our small patio garden into a flowery green haven! I’m probably just becoming old, haha, but living in a city, I also feel responsible for the environment and the insect population. Besides that, I also enjoy the (bug)life that comes with these changes. For instance, we have a thriving colony of mason bees! And a lot of ants, I’m a little less happy with them since they’re actively making lice farms for themselves on the plants. But then again, that’s also providing food for the French paper wasps, which are cool too. It’s a nice little cycle of life on a small scale and it’s cool to be actually aware of that for a change.

On the gaming front, we’ve had another hilarious The King’s Dilemma session. I think we played our shortest session yet – it was done in about 15 minutes. Since the game was already set up and we were all excited about what happened, we made an exception and played another session that same night! The second session didn’t end that explosive, but we did finish another storyline, leaving us with just one storyline that has not ended. Everybody’s scores are getting closer and since we don’t really know how the endgame scoring will be, it’s going to be exciting! That being said, “playing to win” is not really on anybody’s mind in this game, the story and “roleplaying” is.

And on Saturday, we played another game of Food Chain Magnate with five players. I was mostly reminded that it’s way more brutal than the theme suggests. It’s not even that complicated, but the game just really punishes any “mistake” that a player makes, not giving a chance to get back in the race. And the achievement for the first player(s) that reaches $100, giving that player +50% more income for the rest of the game is simply overpowered, sealing the fate of players who didn’t go with that strategy. I don’t dislike the game, but I just prefer to play two shorter games in the same time span that, I think, are more enjoyable for everyone at the table. 🙂

Oh and in case you missed it, we published an extra comic last Thursday about the upcoming expansion of Fog of Love!

In this game, players guide monarch butterflies on their journey from Mexico across eastern North America and back again. For more information, click here! 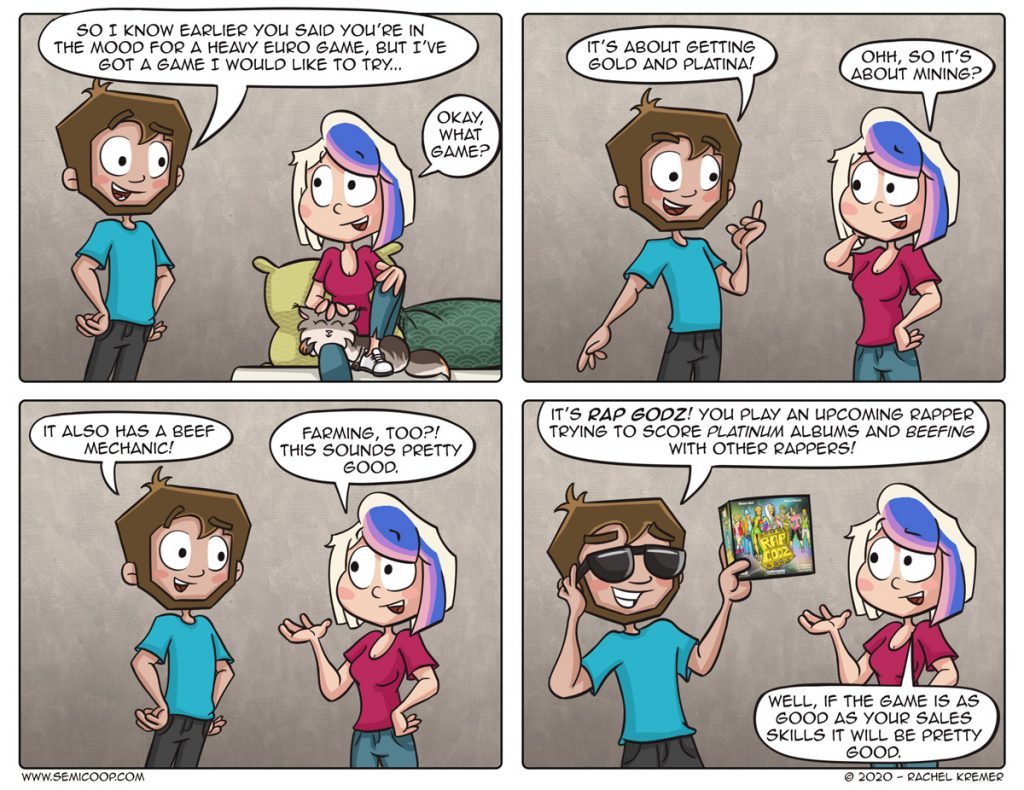