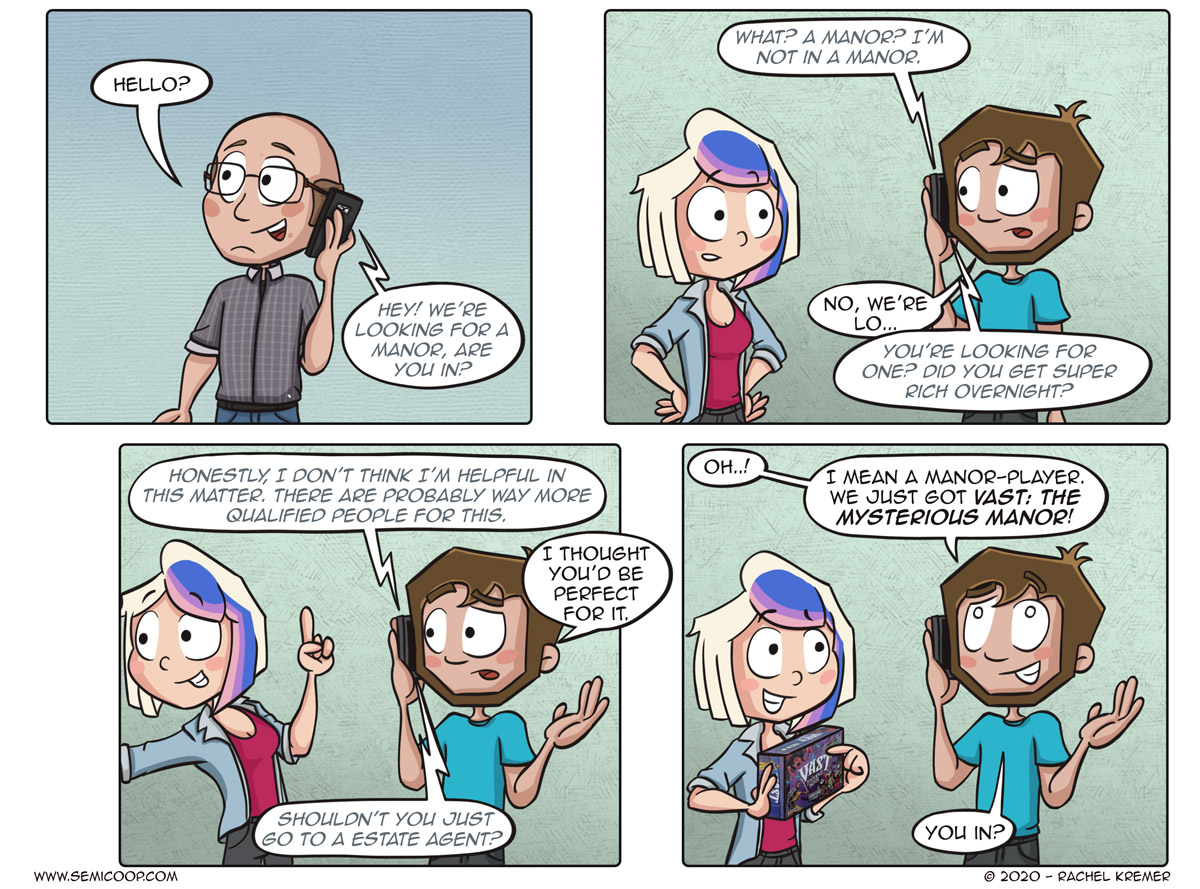 Vast: The Mysterious Manor was kindly provided by Leder Games for free. We thank them for giving us this game which led to this comic! For more information on how we deal with gifted games, please see our FAQ!

We were very excited Leder Games contacted us a while ago asking us if we’d like a copy of Vast: the Mysterious Manor. We love Root and while we own the original Vast and played a two-player game, it always seemed very complicated to get the group together for a larger game.
Now that we have a little more experience teaching asymmetrical games and the new Vast seems simpler rules-wise, we feel that the Mysterious Manor will fit our situation nicely. A lot of people we contacted are very excited (even the manor player 😉) and it almost seemed we would end up with too many players for our first session. We’ve got a five-player game planned in March, so we still have some time to learn the rules and play some turn to see how it comes together.

We’ve seemed to be playing a lot of games that are a bit more ambitious to get to the table or require a fixed group for a number of sessions. We’ve still got our Gloomhaven campaign going which has hit a bit of a rough patch as our new party composition as lost the last two games. We also continued our King’s Dilemma game which is really hitting its stride. Everybody in the group is excited and the games last about an hour which is a great fit for the end of the week when everybody is tired but can still enjoy an hour of role-playing and bluffing during voting while discussing their week and enjoying some drinks and snack.

Lastly, this Saturday we’ve played a massive thirteen-hour session of the Wilson Wolfe affair. Our DM backed this puzzle escape room game a few years ago on Kickstarter and was still looking for somebody to play it with. We were happy to join in and we are a bit intimidated with what was inside the box. We don’t want to spoil too much but the box seems to be a collection of letters and merchandise based on fictional cartoon character Wilson Wolfe. Soon, you figure out there is a whole story behind the scenes with hidden clues and mysteries. It mixes the puzzles of and Exit game with a more case-based mystery like Consulting Detective which seems to work really nicely but the single large story will take us a couple of sessions to discover but we hope the climax is as good as this first impression. It is a shame that is doesn’t seem to be available though, because we think a lot of people would love to try this and maybe we even wanted to upgrade our ‘Silver’ box into a more expansive (and expensive) Platinum box to get the full experience.

Our ambitious streak of gaming continues this week. We have a games of Godtear, Dungeons and Dragons and more King’s Dilemma planned so it seems smaller and shorter games will have to wait a little longer.

This week’s comic features Joseph, one of our dear patrons! If you’d ever like to be featured in one of our comics, check out our Patreon page! 🙂

Which game are you trying to get to the table?

In this sequel of Vast: the Crystal Caverns the pious Paladin, the murderous Skeletons, the awesome Spider, the Enchanter, and the Manor will battle it out over who is the victor in this asymmetrical battle filled with wonderful art and interesting characters. 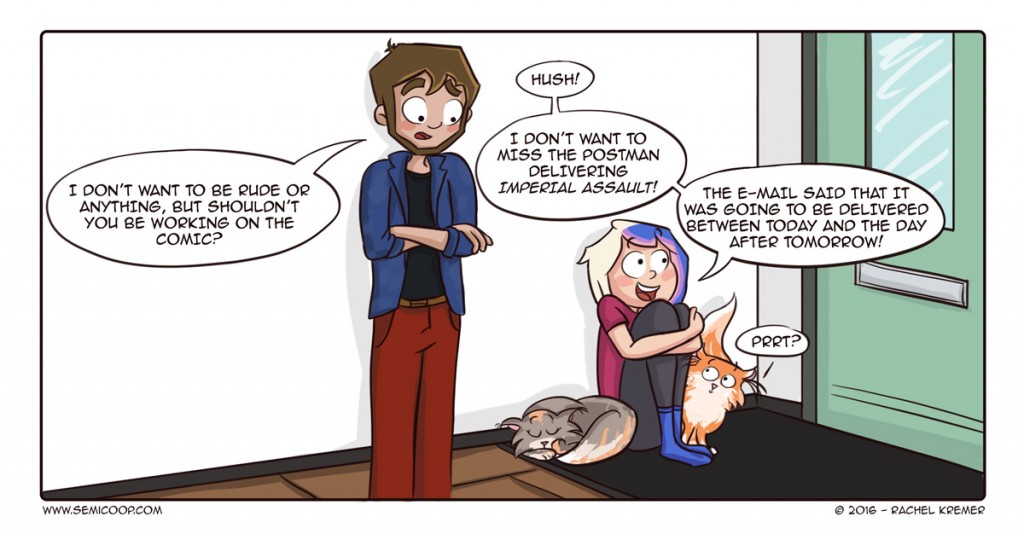