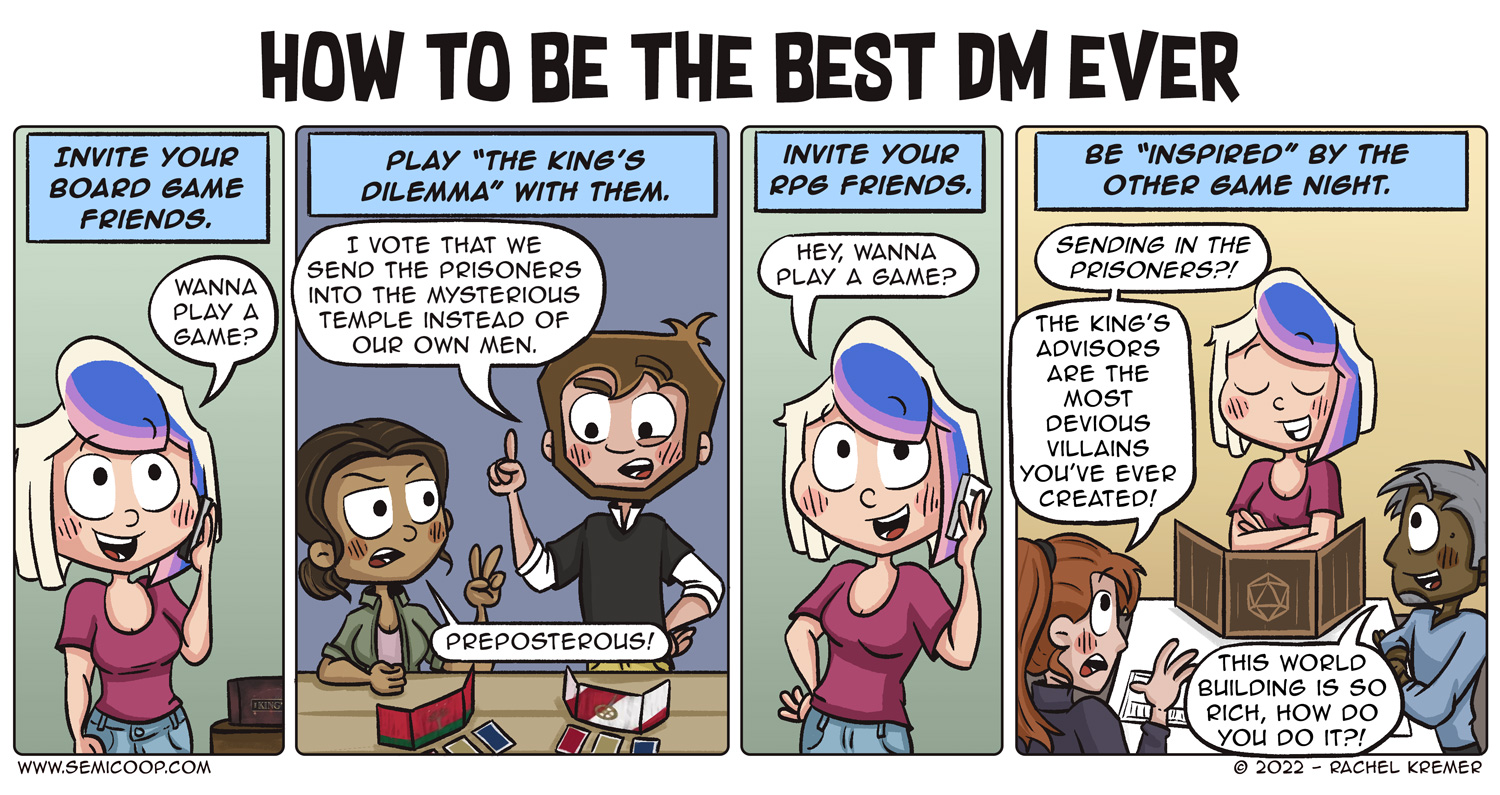 Since we’ve started playing The King’s Dilemma again this year, we’re also reminded of what an immense work the story writing must have been for this game. And we’re also feeling kinda bad that we’re probably going to miss out on half the content that was written for this game! We’ve even considered getting another copy when we finish this one, just to see what else can happen? We also quickly decided that we should first finish our current campaign and decide about that later. 😉

Anyway, we’re impressed by the story and the dilemmas that are presented to the players. But we’ve been raving a lot about this game on our site, so let’s take a look at the games we’ve played last week!

We can be rather short about that, there were just two of them. 😀 We played Untold: Adventures Await, which is a lovely game version of Rory’s Story Cubes. I’d consider this a must-have for people and families who enjoy making up stories together. We ended up with a slightly weird but funny story of Bobby Daze the ice hockey player and Earnest Confused the mascot, discovering there were dark creatures under the ice that would wake up if their team would win. It was quite the thing…

We also played a game of Lost Ruins of Arnak. We still play the game without the expansion, since we still enjoy the base game as it is and we don’t feel any need to make it more complex. I do wonder when that will change.

And our Marauder Expansion and Hirelings box for Root was delivered!  We really need to plan a game day and explore all the new factions and other things that have been added to the game. 🙂 We’re excited that the Hirelings will add more variety to games with a lower player count. Originally with a three-player game, for example, one of the players was almost always required to play the Marquise the Cat and the other available factions were scarce if you wanted a balanced game.

What game would make for a great RPG?

Here’s a fairly obscure one: Dogs of War. A LOT of thought and love went into the art design and world building of what is really a rather abstracted area control/hidden objective game. I think more of the rulebook is devoted to lore then the rules?!

Lords of Xidit is another funny one, the game comes with an A4 map of the titular realm of Xidit, for no mechanical reason. It’s just a neat looking fantasy map.

If we want a big player though, it has to be Scythe really, doesn’t it? Honestly with how TTRPGs are blooming right now I’m kinda surprised it hasn’t happened or in some form of development.