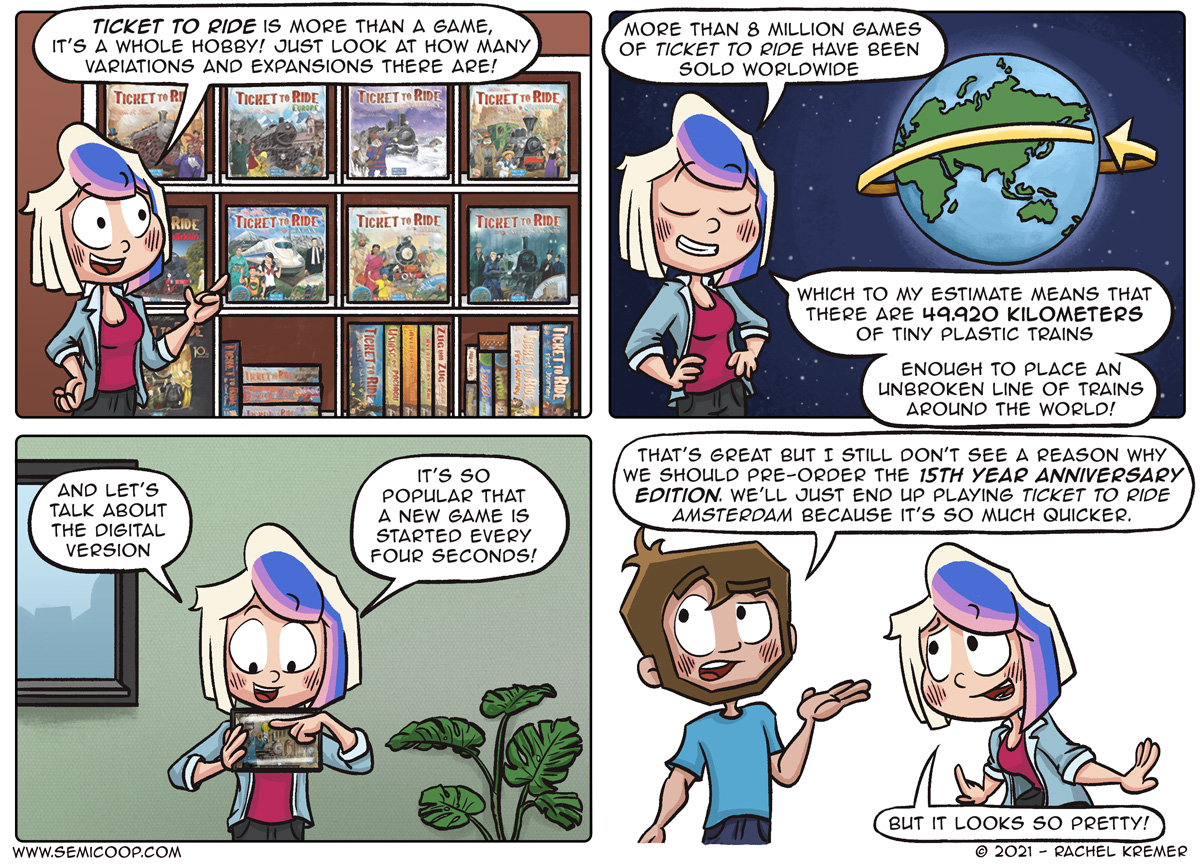 We have to admit, that ever since we’ve got Ticket to Ride: Amsterdam it’s been the only version of Ticket to Ride we’ve been playing. It’s simple, competitive (when playing with three or more players) and it takes about fifteen minutes to play and gives you the TTR experience. We think it’s a perfect game to start or end a game night with, although we’ve also had the situation that we ended up playing the game five times in a row on one evening.

We don’t own a ton of Ticket to Ride games, besides the smaller Amsterdam version, we have the USA version with the 1910 ticket expansion and we have two of the map packs, India and the United Kingdom one. But that’s enough Ticket to Ride for us, with a lot of other games on the shelves. 😉

Last week we’ve played some new things! First of all, we started our It’s a Wonderful World: War or Peace campaign and we’re curious how the storyline will develop in the following games! We’ll get back to that after we’ve played a few more games.

And we’ve received a copy of My City and Bonfire, thanks to 999Games! We’ve played the first chapter of My City and that’s been a relaxing experience! It’s a nice puzzly game you can easily play during lunch. So far. We don’t know what’s going to be added in the upcoming games of course. 😉 We also played our first game of Bonfire and that was quite the opposite! The complexity reminded us of how daunting Great Western Trail was to play for the first time but we also know that GWT is not that hard the second or third time you play it. We did enjoy the first game but think we’ll have more fun with the following games. 😀

What Ticket to Ride titles are in your collection?

What a fun one this week. It is my wife’s favorite. We have played USA and Amsterdam this week already. Our original board is taped up from overuse. We have every base game and map pack except the 10th anniversary. We have done our part to make that train line go around the world. My favorite is London. Partly because we were vacationing in London the week it released and got to buy it at a local game shop. Playing in the hotel after sightseeing all the locations was a lot of fun.

The modern classic of board games that has it all: simple rules, good design, a lot of fun and enough expansions for those who want a more challenging game. In Ticket To Ride players lay down train routes to get to their destination. But watch out, you might have to take a detour if another players beats you to that route you wanted to take. Support us through affiliate links or visit your local game store! Amazon.com Bol.com (Dutch) 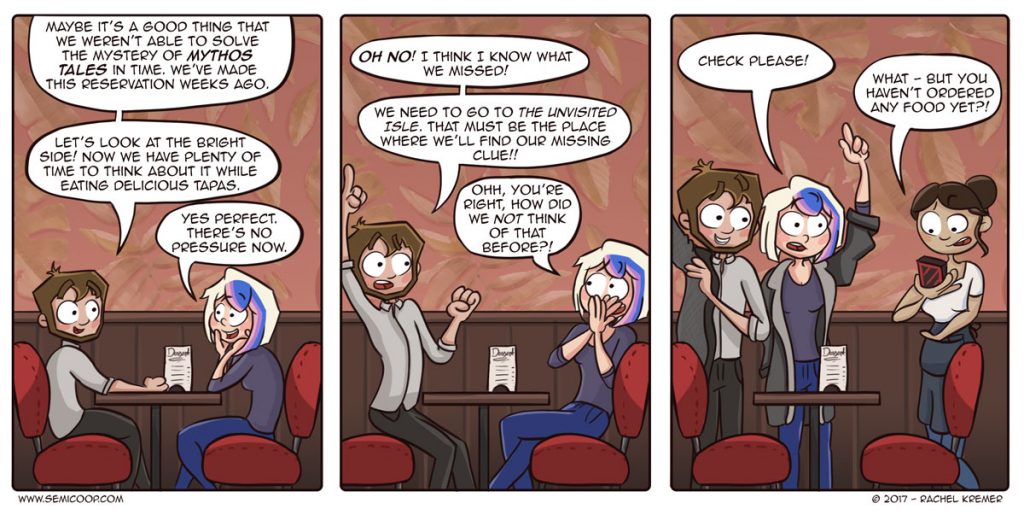