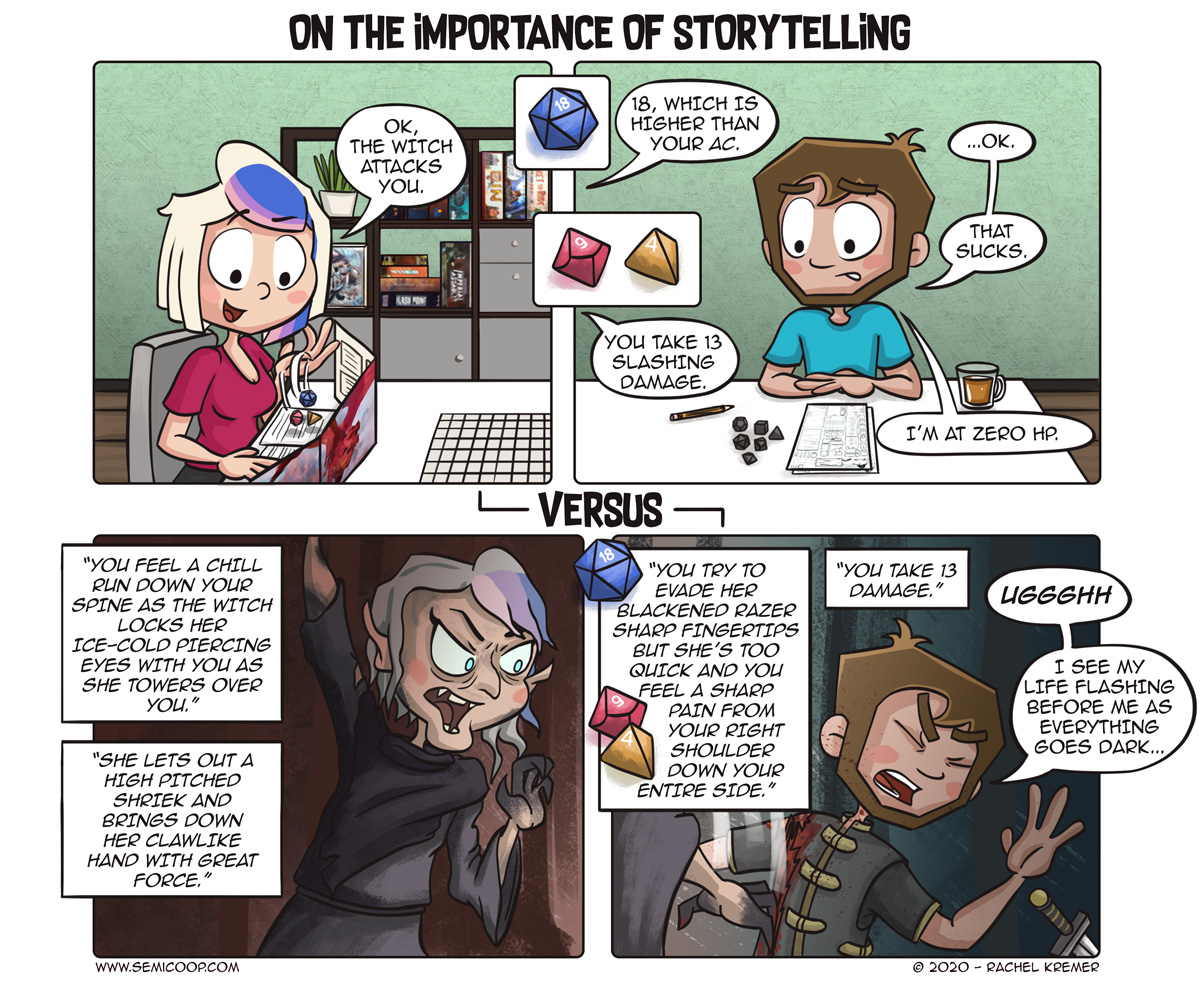 Dungeons and Dragons is a game that can be played in many ways! Some people really enjoy the fighting aspect and others enjoy the storytelling part and the latter can make all the difference. I do understand that if you’d add this much story to all the actions in a fight, a simple battle encounter would probably take all night – so I can imagine that is a tricky thing for a DM to balance.

But a little “fluff” text does help with transporting you into the imagined world. It’s actually the same with board games! In a game like Elder Sign for example, which is really is all about rolling the right combination of icons with dice, the fluff text on the cards really helps take you into the Arkham world. That’s something we really appreciate about most Fantasy Flight Games, even though it might just be a single sentence on a card, it gives context to the item/character in the game world.

Speaking about a game with a rich setting, we’ve started our second scenario of Forgotten Waters! We think the game is a lot of fun, but there is one downside to it and that is the playing time. Even though the game only gives players 40 seconds (in total!) to decide on their actions each round to keep the playing time down, we once again did not complete the scenario in one sitting and had to “save” the game halfway. It’s great the option is there, but we were looking forward to also playing the game with friends once the lockdown is over and if it takes five hours to complete an entire scenario – we’re afraid it won’t end up on the table that often. Other than that, we do think it’s a really fun game and we’re looking forward to continuing our adventure soon.

We’ve also played more board games online! First off, we tried On the Underground on Tabletopia! The gameplay is relatively simple and that makes it perfect to play online. We did find out it might not be the best game to play with severe color blind people though…
Yesterday we’ve played three games of Smallworld with friends after buying the Asmodee Digital Humble Bundle! Other titles we’re looking forward to trying online are Potion Explosion, Carcasonne, Splendor and, of course, Scythe!

Do you enjoy fluff text in games or do you mostly skip it?

Honestly I feel like fluff text adds a level of flavor to the game that keeps things from getting dull.

At last, I’m all caught up with your comic!

Haha, yes, congratulations – I had fun reading all your comments! Have you also read the Sketchies? 😉 – https://www.semicoop.com/sketchies/?latest

I think that there needs to be an online board game played with some of the top reviewers and board gaming related personalities streamed for us all to watch! No pun intended, Shut Up and Sit Down, yourselves. It would be AWESOME to watch! 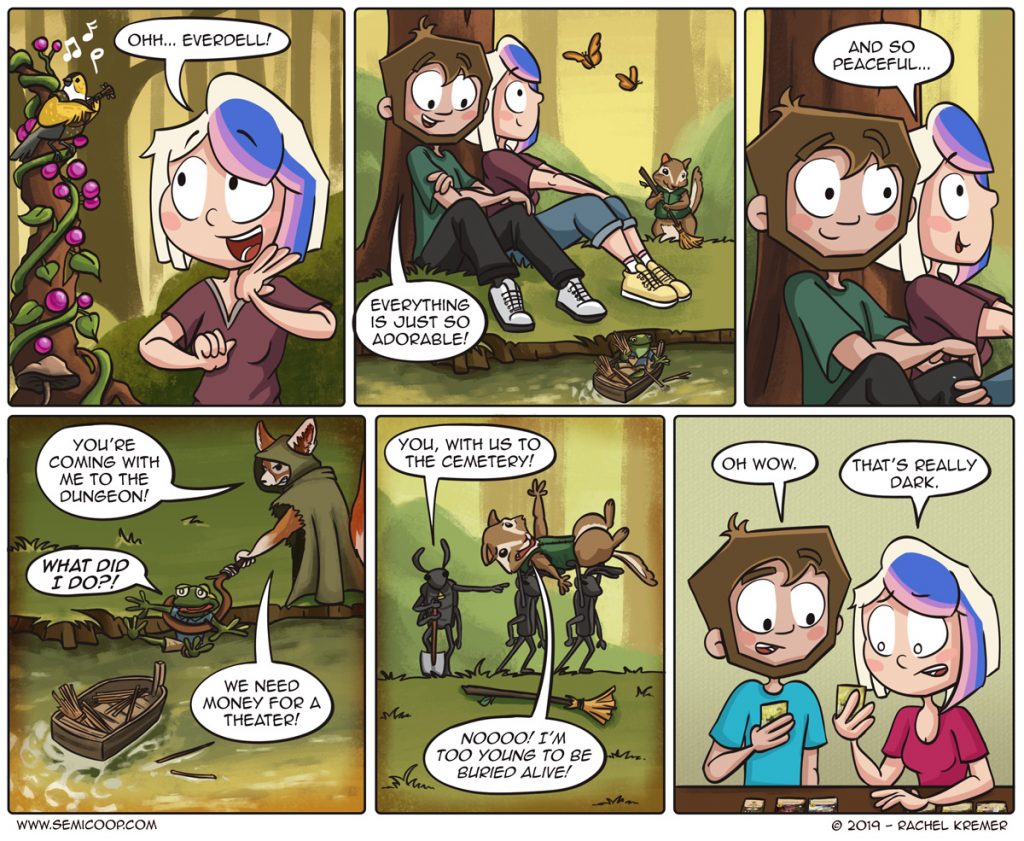