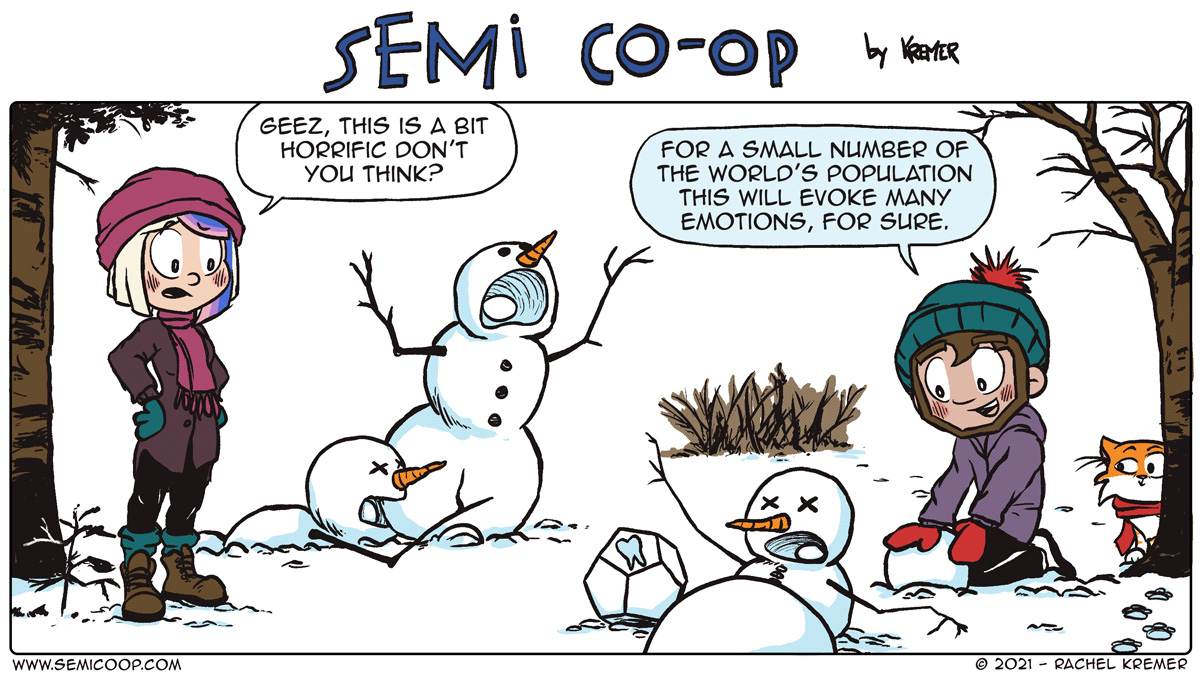 The snow has melted again over here, but it’s officially still winter, so we think this is still ok. 😉 We’re both big fans of Calvin and Hobbes and we adore Bill Watterson’s snowmen comics, so much, that whenever we have a decent amount of snow here we try to recreate one of his comics! With this comic, we wanted to make a tribute to his work and give it a little board gaming twist of course! I had a lot of fun analyzing Watterson’s work and trying to recreate and mix it with the Semi Co-op style, so who knows… we might make this a yearly thing!

Last week has been a really low energy week and we’ve only been playing shorter and smaller games. We’ve played some Santorini, Odin’s Ravens, Glasgow and we’ve bought a copy of Mandala. Efka of NoPunIncluded had recommended it to us and we thought that was a perfect excuse to support our local game store, tee-hee-hee. And Efka was right, we certainly did not regret buying it. What a lovely and smart design! I’m horribly bad at it and have lost every game so far, but I still really enjoy the game. Maybe it’ll click in my head in the future, but so far Heinze has been doing an excellent job in blocking me out. If you’re looking for a fun two-player game, this is certainly one I’d recommend.

We’ve also been playing quite some Valheim on PC with our friends with whom we’ve been playing the RPG Blades in the Dark. Valheim is dangerously addictive and it provides such a cool world to build and hunt in and explore while being in lockdown at home. To distract us from the allure of the digital gaming realm, we’ve also played Paleo and we’ve finished the sixth scenario! That means we only have one more scenario to go and we’re looking forward to what the game has in store for us. After completing it, you can certainly still play the game and mix up the different modules of the game to create your own scenarios, but we’re mostly looking forward to playing this game with more than two players!

Oh, and I totally forgot to share this here! We’ve been interviewed by MojoNation and you can read the interview over here: https://mojo-nation.com/semi-co-ops-rachel-kremer-heinze-havinga-celebrating-great-game-design-comics/

What’s your favorite comic? (besides Semi Co-op, of course)

Calvin and Hobbes is one of my favorites as well, but I also absolutely love Hyperbole and a Half!

I’m not sure if I could pick just one favorite… But another comic I enjoy is Order of the Stick.

Dead of Winter: A Crossroads Game

Imagine being in a world where most of the human population has died or turned into flesh-eating zombies. It's a harsh cold winter and you're left with a small group of survivors. This game is the definition of SEMI co-op gameplay. You try to survive as a group but everybody has his or hers own secret objective or could be a traitor... Zombies are certainly a threat, but so are your fellow players. Who can you trust? Support us through affiliate links or visit your local game store! Amazon.com Bol.com (Dutch) 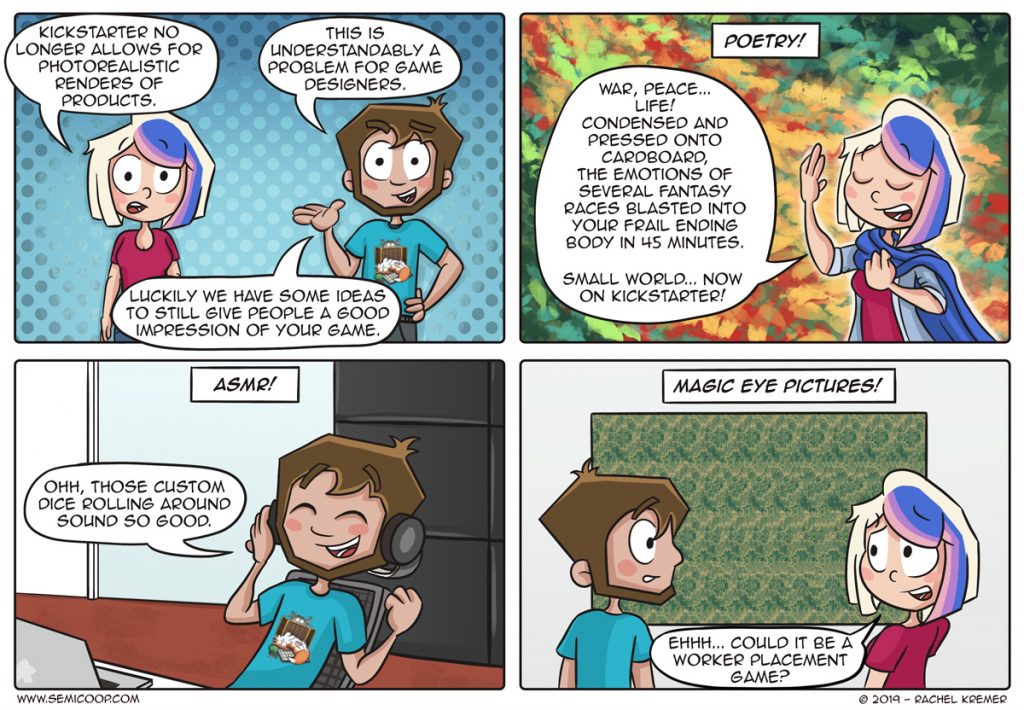