We were watching “Ready Player One!” this weekend and the movie is all about finding hidden things and that led to a discussion that with board games there is little room for creativity. And that means that nowadays if there’s something hidden in a board game, it’s under the inlay or there’s a hidden bottom in the box. The very first time we encountered it, it was really cool, but by now the novelty has worn off a little, for us at least. 😉

Last week, we continued our adventure in Gloomhaven and this weekend was dedicated to games that take a little more time to play!

On Saturday we gathered all our grunge looking cars and terrain for a game of Gaslands! Jeroen who we only knew via Instagram/Twitter even drove all the way to our house to join the game and Mariecke, who drew this amazing guest comic, played her first game of Gaslands… and won! Her buggy sprinted off while her other car just caused mayhem and destruction to all of the other cars, effectively.

On Sunday we continued puzzling our way through The Wilson Wolfe Affair. We were kind of overwhelmed the first time we opened the box and although we did solve some puzzles (we think), we didn’t have a clear overlapping picture. This time we’ve laid quite a groundwork. We made a timeline, made a document about all the involved characters and their roles, and gathered all the clues we found that might turn out to be useful for other puzzles. We also ended with a few leads that we want to investigate the next time we play – so far it’s been a really fun experience and I hope we manage to keep cracking puzzles without needing to use any hints.

What is your favorite easter egg or hidden component?

The SPOILER FOR GAME 9 in Charterstone. It really lit up my life!

I love the easter eggs hidden in the graphics of some cards or tokens. Uwe Rosenberg’s games has a lot, e.g. some of Agricola’s rooms show a table with Bohnanza, or a crate of Agricola being packed on a ship on the cover of Le Havre. If you really want to hide something, you could spread out the message on multiple tokens/cards so it’s only visible when you put them together the right way.

My answer to this would be spoilers for multiple games of EXIT. We’ve gotten used to looking under the insert, and many other things…and they keep finding new ways to trick us. There’ve been a few times where things on the outside of the box have mattered in one way or another…

Loved the idea behind this game : https://www.guardiansoflegends.com/

A real life treasure hunt added to the board game. You should check it.

The Scythe board has a lot of Easter eggs in the scenery of the territories. There’s Santa, Link from the Legend of Zelda, Thor from Marvel, the Xenomoprh from alien, probably others that I’m forgetting

Easily the stuff they do with Too Many Bones. It’s like one of those convoluted ARG video games do sometimes, with hidden codes, secret websites, and other obscure leads to follow that span a lot of the game’s components.

Team Banzai from BattleTech. A fun and nerdy Easter egg that refers to one of my all time favorite movies.

Or there is one spread over a series of Underneath cards from the old CCG MagiNation, where a character’s will is revealed and it turns out that it is an in-universe recreation of the “Boot to the Head” sketch.

I could think up some better secrets than ‘under the insert’.

* One of the dice is secretly edible.
* One of the dice is secretly not edible.
* If you read every word in the instructions with a typo it is a set of instructions on how to create a surprisingly powerful explosive from common household ingredients.
* Anthrax
* The real secret was inside you after all.
* A set of surgical instruments to extract ‘the real secret’ from one of the players. 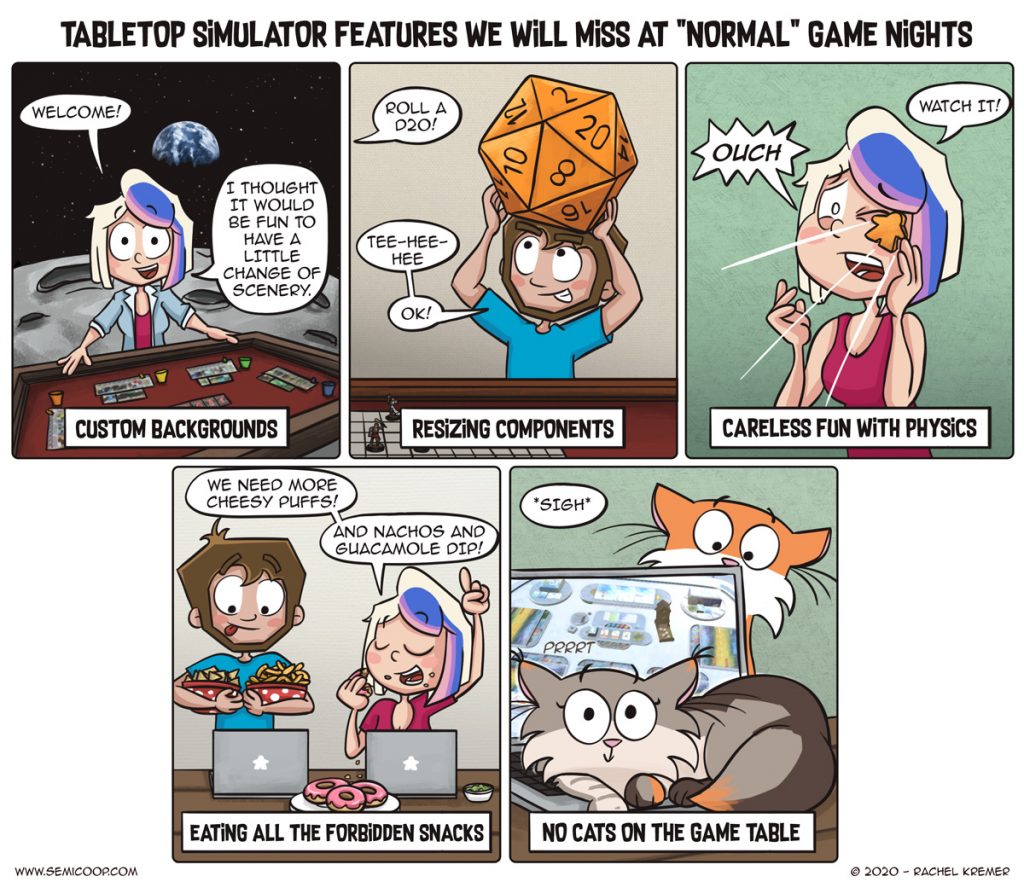