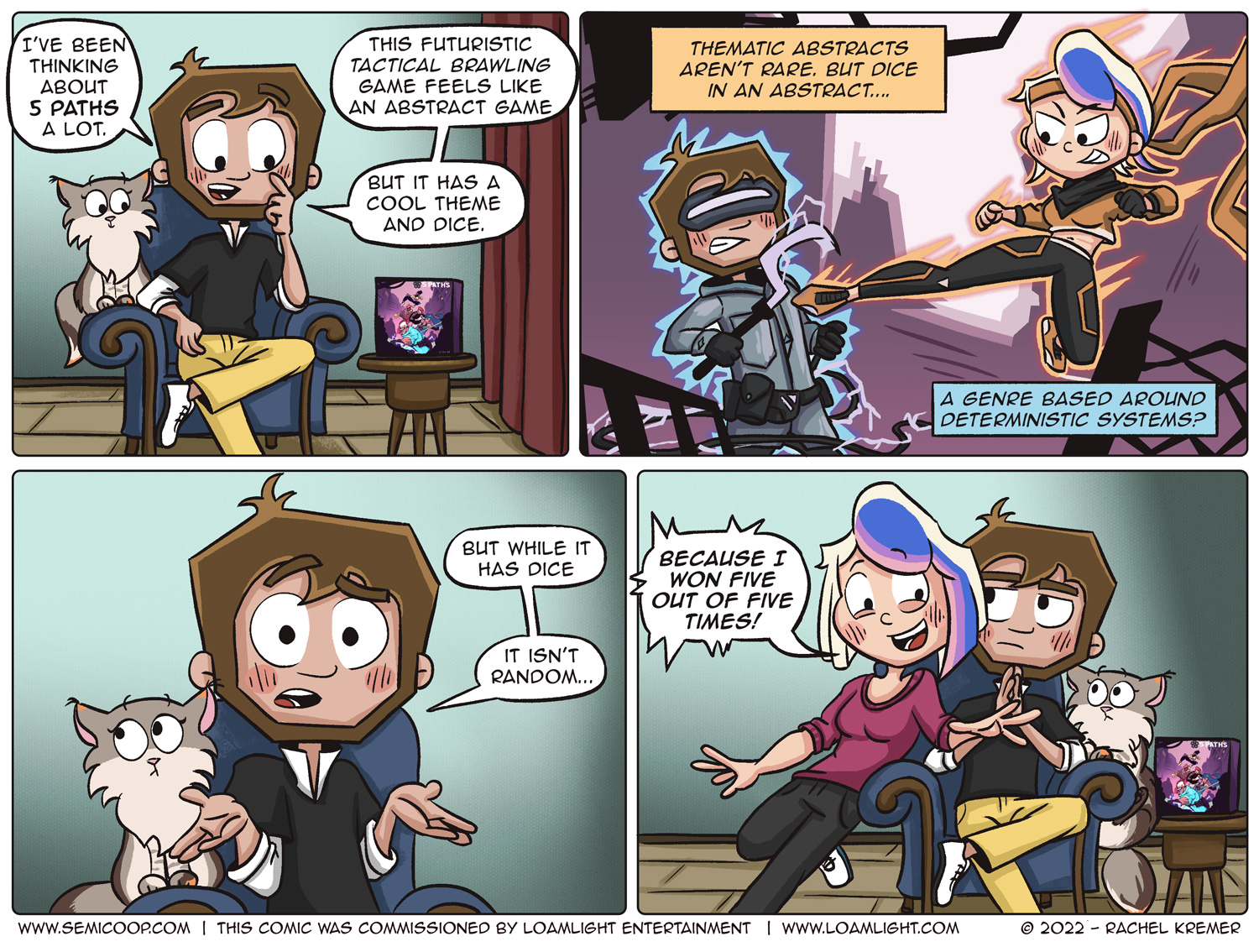 5 Paths is a two player, turn-based roll, move, and capture game that plays in about 20-30 minutes. In 5 Paths, players direct five martial arts Disciples as they leap from rooftops, ricochet off of walls, and compete for glory in the futuristic Old Jack City. Designed by Loamlight Founder and Creative Director Nick Jackson, 5 Paths is designed to be easy to set up, quick to play, and rewarding for beginners and veterans alike. It is available as a free mod on Tabletop Simulator and is live on Kickstarter now!

Check out 5 Paths on Kickstarter

Connect with us on Discord!