Writing a good rulebook is incredibly hard to do and I don’t envy the people who are tasked with doing it. Please note that I’m not trying to criticize the people who write them. But sometimes, by just reading a rulebook some games seem too hard to get a grasp of but once you play the game it turns out it wasn’t as complex as it seems. A great example of a rulebook that we really appreciate, is The Lost Ruins of Arnak. The game seems kinda daunting at the start but the rulebook really explained the flow of the game well and clear. 🙂

We’ve been busy playing all the new games that have arrived at our house lately and we’re really pleased that we’ve got only two more to go! Samoa and the second case of Pocket Detective. Every year after Spiel we set ourselves a challenge and that is to play all the new games before the start of the new year and this year we did really well if I might say so. I’m glad we now get to explore a lot of these new titles a little further and play them more often because there are a lot of great games!

A new game we’ve played six times now is Paleo! We’ve played it again this weekend and it was rather brutal for our human tribes. We lost the scenario we’ve played twice and we’re curious what we should do to win it, except for a little more luck with drawing cards and rolling the dice with some enemies. The game is fun enough (and plays quick enough) that we certainly going to try again, so we’ll beat it. 🙂

We’re also looking forward to playing Gods Love Dinosaurs again, our first play went well, but I feel that our second play will be quite different now we have “some experience” and know what to look out for.

Pretty much any rule book from Queen Games. They are always well organized to read and learn. They have highlighted rules for checking the book again after it sits on the shelf for months without having to read every page. The illustrations usually cover any question I have before asking.

Also really like the rules for Wingspan and its expansions, they feel great with the linen finish. The colors and artwork are very pleasing. It is very easy to find answers for any of the bird cards and very clear.

To be fair, I did do a review of Tapestry’s rulesheet last weekend. :-p

I am planning on playing eventually.

Almost anything by Vlaada Chvatil. He peppers a bunch of humor into his rule books. From Galaxy Trucker, where almost every component description ends with “so you want as many X as possible,” to Dungeon Petz, where after a unpurchased pet is “sent to live on a farm,” extra meat appears in the food stall “for no reason, it’s just a rule,” there’s just a lot of funny stuff, yet the rules still read well and make sense. 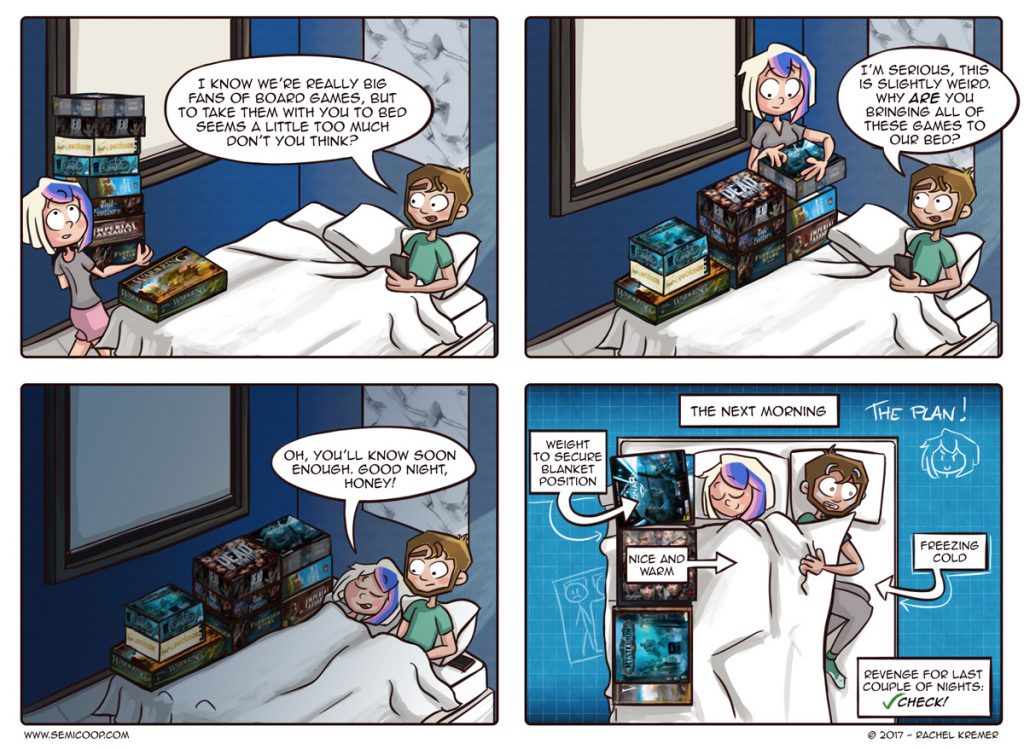