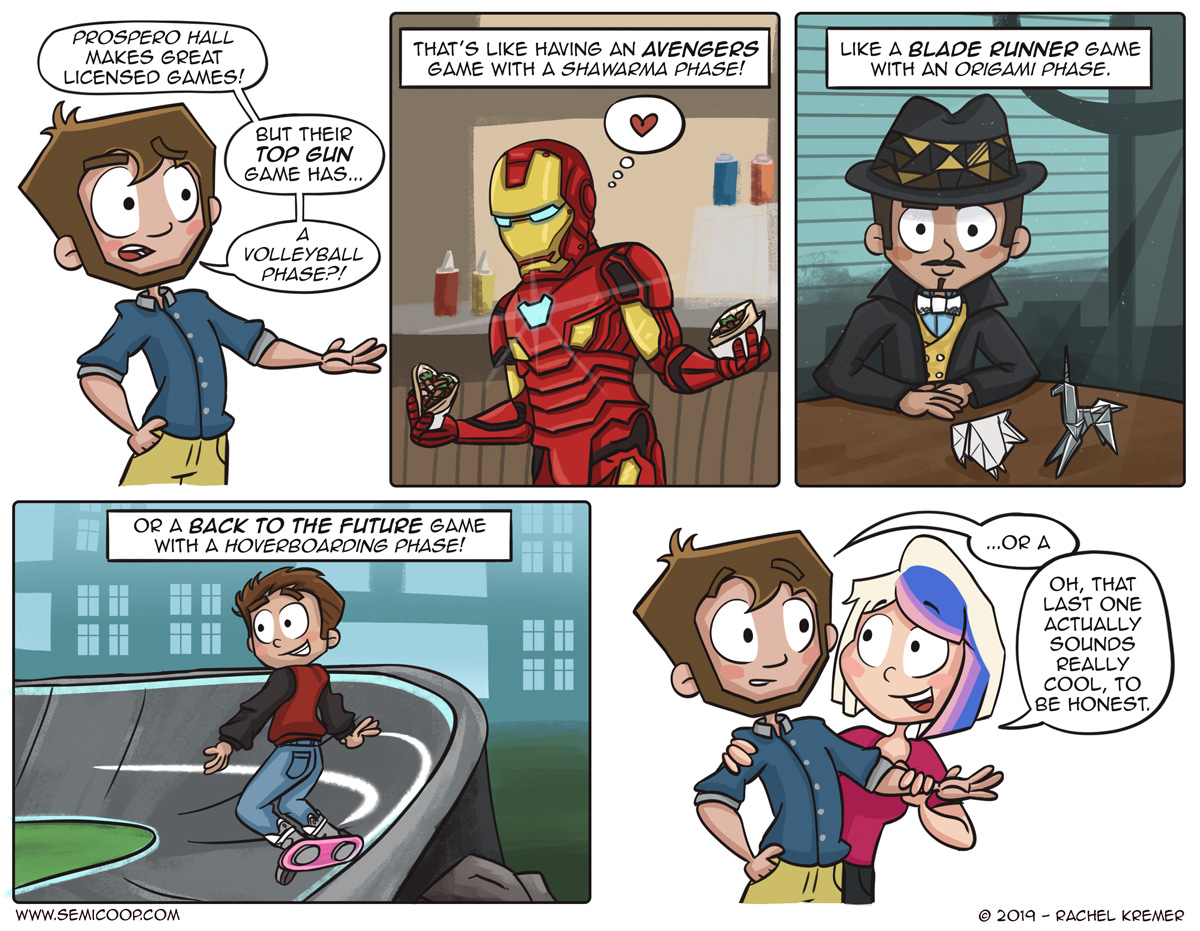 Happy Holidays everybody! We hope you are well, having a good time and get to play some games.

This week we wanted to give some love to the people over at Prospero Hall as they’ve been doing “mainstream” licensed board games that have been really well received like the Funko strategy game and Horrified. While great licensed board games aren’t anything new, Battlestar Galactica and War of the ring are great examples, but it’s great that games like Villainous and Jaws are introducing new people into spending evenings with friends and cardboard!

We did do a double-take when we saw that their upcoming Top Gun game had a volleyball phase, which we don’t remember as one of the plot elements that would need to make it into the game about hotshot pilots trying to graduate from Top Gun academy. We even checked the summary on Wikipedia but there is no mention of hot shirtless men “playing with the boys” in the sand.

Enough about volleyball, let’s talk about board games! We haven’t played a whole lot but we did play Empires of the North thanks to Virtuvian Gamer who had a giveaway because he reached a thousand followers on Twitter! To be honest we mostly retweeted the tweet to get more people excited about Virtuvian Gamer’s Youtube channel but we ended up winning! Empires of the North is a stand-alone engine builder in the Imperial Settlers universe so it’s filled with super cute art and is a quite complex engine builder. In our game, we both had an engine consisting of about twenty cards which had to be activated in a specific order to get the most value out of it. Rachel ended up making a mistake and ended up losing by two points, so I fully expect a revenge game very soon! We played a four-player game of Getaway Driver using the two-player rules, which was great. We also played Tembo and Control (second edition) which were both smaller short and cutthroat card games, which are a lot of fun if you are looking for something short and sweet.

Next week is the last comic of the year, which means it’s time for our Golden Standee awards! We know you are all very curious which games are worthy to get such a prestigious award but we hope you can wait for seven short days!

What property would you like to be turned into a board game and which silly phase would you add?

Jurassic Park with a sifting through Triceratops poop phase. 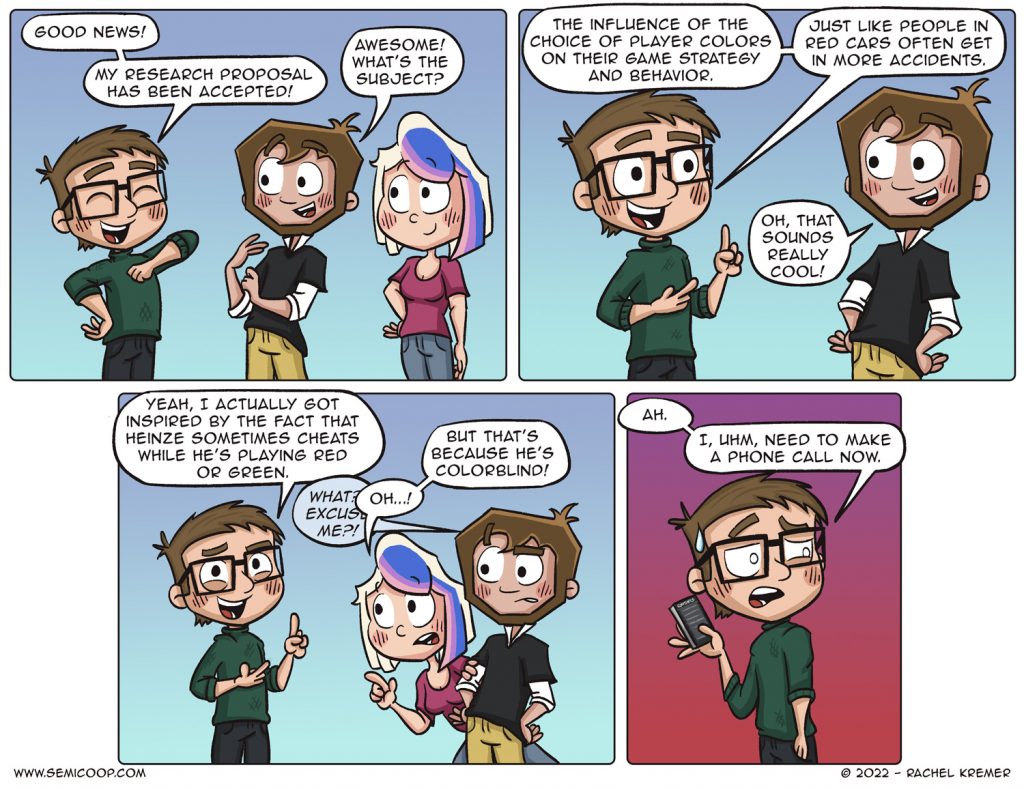