So a second(ish) lockdown has started in the Netherlands which means it is once again harder to play board games with friends. While smaller groups are allowed, the rising COVID numbers don’t make it a very attractive idea, so back to digital gaming, it is! While looking at board game adaptations we saw positive talk about Direwolf’s Games of Thrones adaptation and this nice little visual joke popped up in our heads.

It’s also Spiel Digital week! We don’t really know what to expect but we have received our press credentials and we’re going to spend at least Friday looking around and talk to some friends and publishers (as a publisher/designer let us know if you want to talk!) and of course demo some new games. We’ll also be on the HABA live stream on Saturday 8-10 PM CEST trying to make a game in 30 minutes using the components from a mysterious box they’ve delivered at our house and we’re not allowed to open it…

This week we played a lot of games, most of them new to us. Dutch publisher 999Games was kind enough to send us Glasgow, Pendulum, and two of the Pocket Detective games which we all got to play! We really enjoyed Glasgow, even though the art is a bit inconsistent we think this is a very clever and quick city building game. We’ve played it four times this week and we’re getting close to twenty minutes per game which is excellent for the amount of clever little mechanisms that are built into the design, we highly recommend Glasgow!

Speaking of clever mechanisms, while not as deep as Chronicles of Crime, Detective, or Sherlock Holmes Consulting Detective, Pocket Detective does have a few clever tricks up its sleeves. While not super heavy on the deduction, the game is a nice way to spend an hour with some friends puzzling over a little mystery. There a no rules as everything is explained in its deck of cards and the game box forms a little crime scene that holds additional clues. We’re curious how much we like the second case as the first one was actually pretty good but we had to get used to the gameplay mechanic of discarding clues. We’re not sure we feel the price is worth it but it could be a fun little game to play at a board game café.

Lastly, we played Pendulum which we mostly saw a lot of negative opinions about online, so we didn’t go in with the highest of hopes. The rulebook seems to repeat a lot of rules and makes it feel like it’s a more complex game than it actually is, once the game got going, however, the game flowed well and we really enjoyed the real-time aspect and quickly saw how we could improve play styles and strategies. The only big downside was that our three-minute sand timer, which functions as the main clock of the game, sometimes got stuck which is very unfortunate. We’ll probably use a digital timer next game to prevent it from happening again but since the review of the Lighten Up Initiative also mentioned a faulty sand timer you might want to wait a bit to see if Stonemaier Games addresses this issue. The sand timer issue didn’t defer us from wanting to play it again though, so we’re looking forward to exploring it more while using the advanced characters.

What is your favorite digital adaption of a board game?

By far, Sentinels of the Multiverse :
No setup time, solo mode without headaches, remote play with friends, and you don’t have to remember EVERY SINGLE trigger or modifier

Amen to that, brother! I’ve bought all the expansions across one platform or another!

Honestly it’s still Ticket To Ride, because it’s such an easy to grasp game for pass and play, that my non-gamer family don’tfeel deterred or intimidated by it. Its helped pass a lot of time on flights and waiting times since its release.

Patchwork. It is a nice, simple and relaxing game.

A Game of Thrones

King Robert Baratheon has passed away and the lands of Westeros brace for battle! Players will try to take each other out and form alliances to coerce their way to the Iron Throne. -- Support your local gaming store or support us through affiliate links: Amazon.com 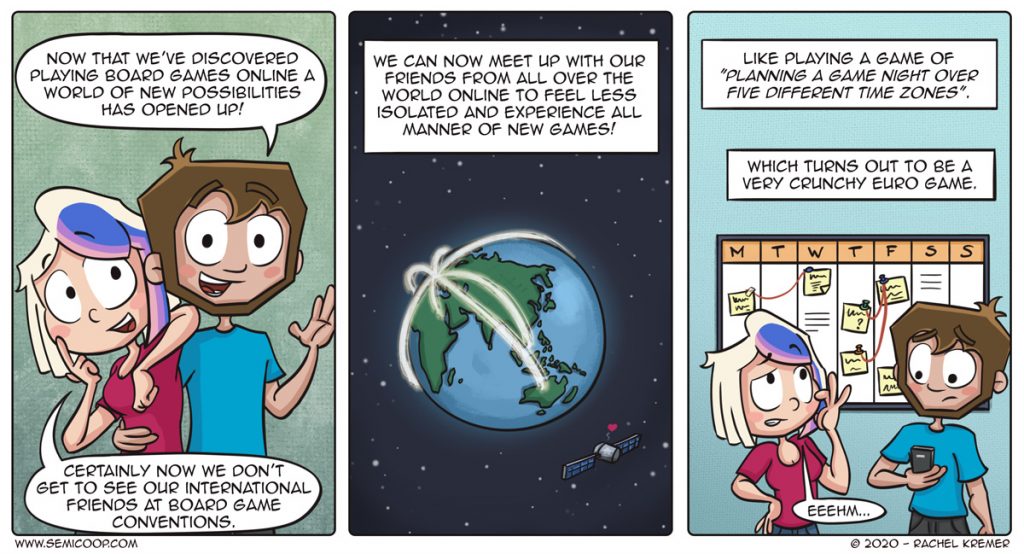