O, the hit the progress of our campaign games have taken since the lockdown! We have ongoing campaigns for Charterstone, Gloomhaven and the King’s Dilemma that haven’t been touched since March. Rachel has stated in her “Top 5 games to play after lockdown” that this is the game she looking forward to playing again the most and I agree. Just imagine thousand of kingdoms right now stuck with a king that can’t seem to make any decision while the kingdom slowly descends into anarchy. And with Pandemic Legacy Season 0 coming out soon we’re starting to get a little anxious over not being able to play campaign games.

Last week, we didn’t get to play a whole lot of games but I played the first three scenarios of Undaunted North Africa which were great. It’s remarkable how different it is from Undaunted Normandy while still using the same ruleset. By making the units single soldiers instead of part of a squad and by focussing, at least the first three scenarios, the missions more on commando operations instead of taking objectives, it feels more personal and tense. The third mission was especially a highlight with a convoy of commando troops racing through the desert to capture one of two forts the Italian army that was dug in, felt really original and fresh. Osprey already announced an expansion box for both Undaunted games called reinforcements, which will also feature a four-player option, so I’m pretty excited about what they’re doing with Undaunted.

This week we’re going to enter the Gen Can’t miniature painting contest, it seems like a nice way to get a bit better at painting miniatures which is something we enjoy but don’t do a whole lot of. We also hope to find the time to play some Mansions of Madness, because of your support of buying games, and other things, using our affiliate links we were able to get the “Beyond the Threshold” expansion which is pretty exciting. Even if you end up buying something else than the product we linked to, we get a little Amazon credit which we can spend on more games, remember that when you buy a fancy new camera for streaming or a big television set. 😉

Next week is our last comic before our yearly summer break btw, we’ve got a number of very cool guest artists that are going to do guest comics. We’ll be using the time off to relax a little but also think about how we can redesign Semi Co-op to make sure we can keep doing this for years to come.

Do you have any campaign games that you want to return to?

Not really. I don’t have a group I can tackle weighty games like that with.

I suppose there’s always TTS, but with how many friends I have I usually have trouble organizing a game of ONUW, let alone something like that.

I’ve got Clank! Legacy sitting in my cupboard waiting for my group to re-convene. We only managed to get one session in before lockdown. 🙁

Well, we have Gen7 on pause since May, but I think it won’t be a problem to end it someday in this year. The REAL elephant in the room is Charterstone, it’s been three YEARS since the last session, and, at this point, one day I’ll just solo the sh*t out of it.

We continued our sessions of King’s Dilemma remotely, using a conference call and lots (and lots) of pictures through a group text. It wasn’t the most elegant of solutions but at least we have it as an excuse for our kingdom falling apart.

Gloomhaven. We won’t even discuss the games I’m looking forward to starting. *Looks at Frosthaven, when it eventually arrives.* 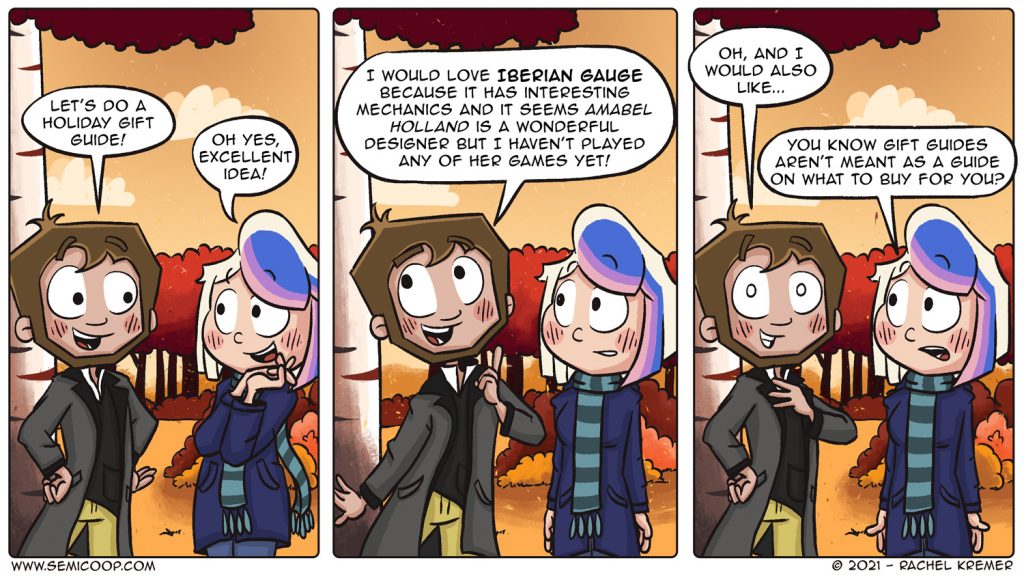