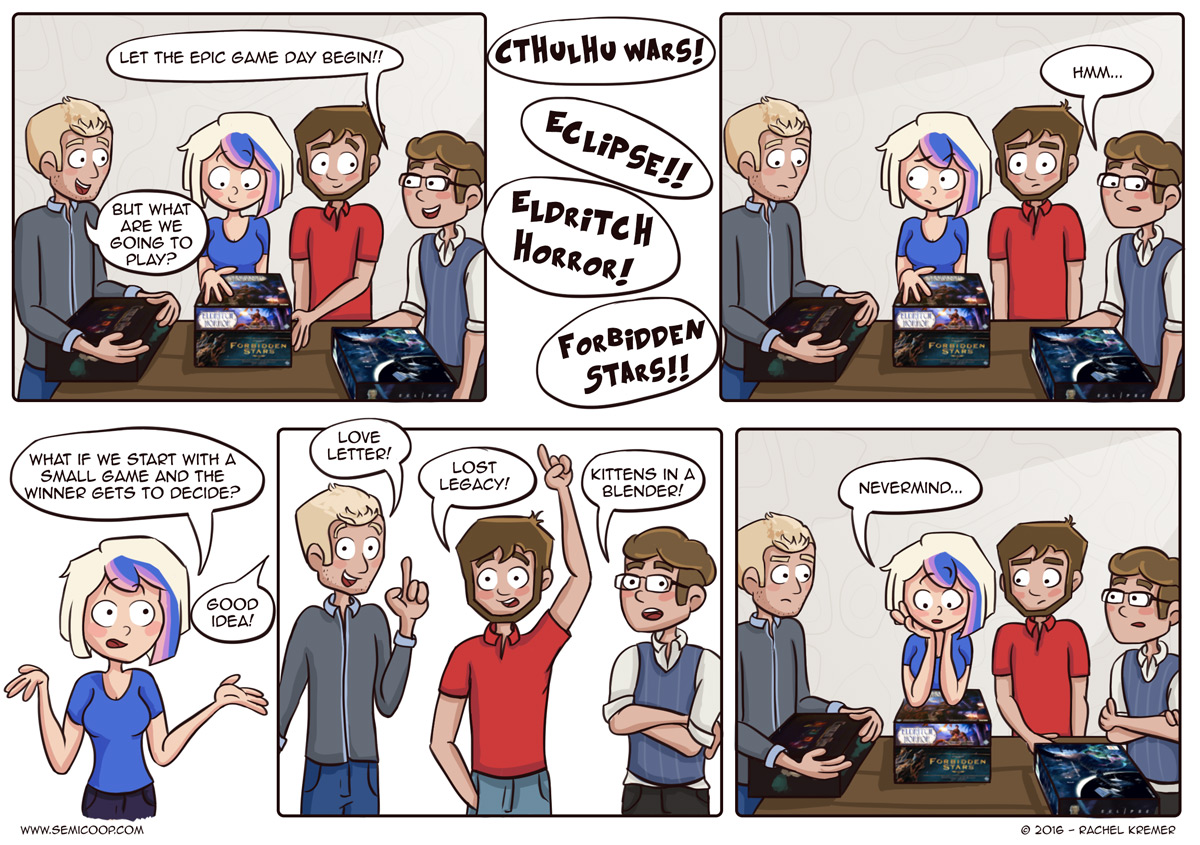 Personally we own quite a lot of games and picking one to play is hard sometimes. So many choices! It’s even worse when we meet up with friends to play a game, because they own tons of amazing games as well! Many of us like the ‘epic big’ games, but then it’s most likely that you’re limited to playing one game which makes picking one harder. Friends of us own Cthulhu Wars and Eclipse, two games that are high on our ‘Need to play that!’ – list. Can’t wait to try those.

Last year we had a 10×10 list* that helped us a little when we couldn’t decide on what game to play. We haven’t made such a list for 2016 yet – maybe we should. It’s a great way to make sure that some games get the ‘attention’ that they deserve. 😉

How do you decide which game to play?

now a days there is ectualy a real game that lets you pick a game, it works with a sort of voting system. you can give a game you realy dont want to play a -2 votes, but one you do want to play a +2. somthing like that. game with most votes wins, if there is a tie you do it again but only with those 2 games that tied first. if there is a tie again you just play both games firs the one that takes the least time.

If somebody really doesn’t want to play a game I’d say that game is no longer an option. We always try to pick a game that everybody is at least willing to play 😉

its even worse on the gaming events there is one were you can pick up anny of the 600+ games there. picking a game that you want to play is somtimes a pain.

There is no question a D20 cannot answer.

Build a bracket for the games it is a quick fast way to decide. Have roll offs for bracket (single D6) matches and the winning game gets played it is fun to roll off and try to get your game to win and it feels fair.

We have a system where one of our guests gets to choose the first game, and from there the first/biggest/worst loser gets to pick the next game. As long as everyone actually plays each game (and doesn’t intentionally lose), this system works great.

I use the android app chwazi – Quick picks for the win! Also great for randomly deciding who goes first.

All players has One vote and one 1/2 vote; he can put one on a game and the other on a other game, in a selection of 4 to 6 games. the majority win

The house rule where I game is as follows: Everyone picks a game. Then a die is rolled to determine who picks a game to be removed. Nobody may remove twice, and last game on the table is what we play.

I once saw an episode of Tabletop where they decided who went first by rolling these special dice that were designed so that they could not tie each other. Maybe if such a thing exists you could use it. 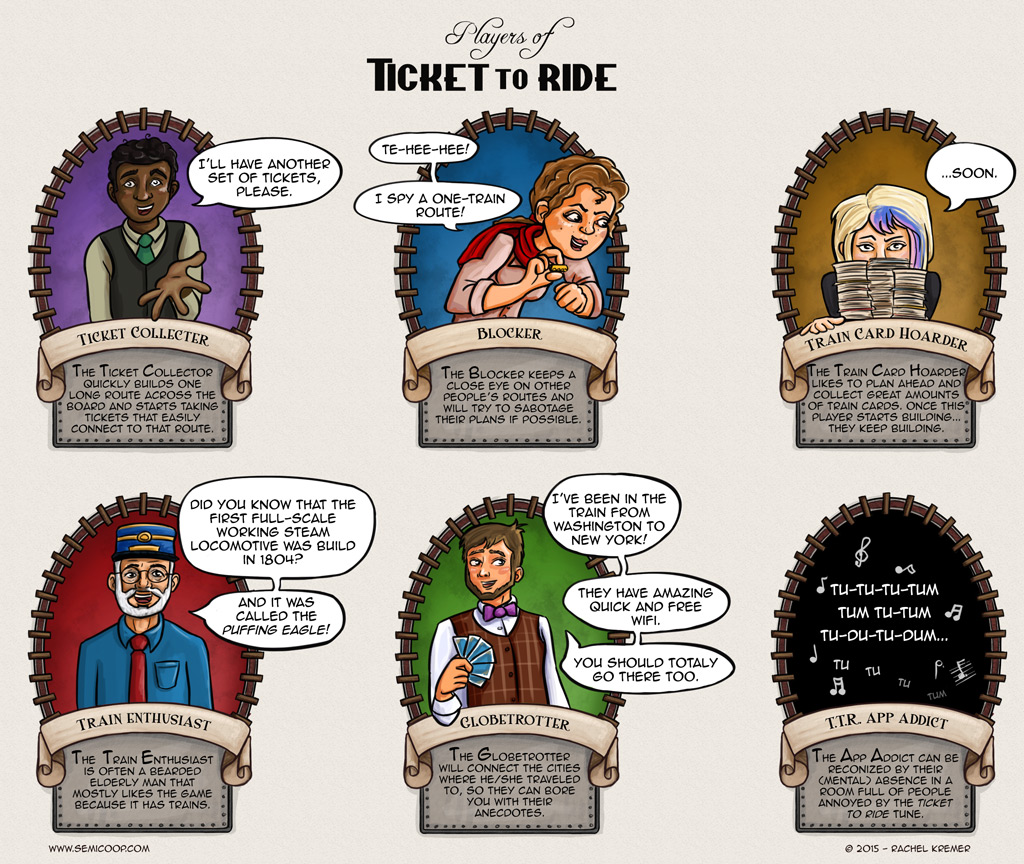