When we played Tapestry a few weeks ago we were reminded that the development of civilization in the game is everything but linear. You could have developed lithium batteries before farming for example. We also enjoy the silly aspect of the game and Stonemaier Games even put developments like “board games” on the board, so it’s clear they’ve had fun with it as well.

Last week we’ve had a lovely game night with friends who don’t play board games very often and we’ve played Savannah Park and Skull Canyon: Ski Fest with them! We’ve learned that they’re bigger fans of games with a little player interaction and less of solving your own personal puzzle on your own player board, so we’ll keep that in mind for next time! It’s fun to figure out which genre of games clicks best with different gaming groups.

We also received a big box of games from Floodgate Games! We have a fun collaboration coming up and they’ve sent us a few of their games. We haven’t had time to play them all, but we did play Vivid Memories twice. That is one lovely illustrated game that has a nice puzzly bite to it. The first time I blew Heinze away and beat him with more than 80 points difference, while during our second game he managed to score 21 more points in his first turn than I did. It’s a game with many ways to score points and that can be quite complex during your first game.

That also means that we see a problem if we’d like to play this game with other people. We’ll be going to beat them, hard – just because we’ve played the game more often. That being said, it works just fine with two players and we think it’s a quick game once you’ve played it a few times so we’re also looking forward to seeing how our games will develop.

Besides this great brain-burning puzzle game, we’ve also played the opposite: The King’s Dilemma! Just lovely discussions and some good snacks. 😉 And a relaxing game of My City! We’re slowly creeping towards the end…

Oh and in case you missed it, we’ve published an extra comic last Thursday!

Have you played any Civilization-themed games?

Yes – I’ve played Civilization: through the Ages. It’s great game, but at the same time it was one of most “mind-melting” experience I can recall…

In my collection I have:
Clash of Cultures
Flow of History
Progress

Players build their civilizations by moving up the different development tracks, exploring the world on the main board, and placing unlocked buildings on their own player boards. A game that looks quite hefty but isn't very complex.  Learn more at Board Game Geek! 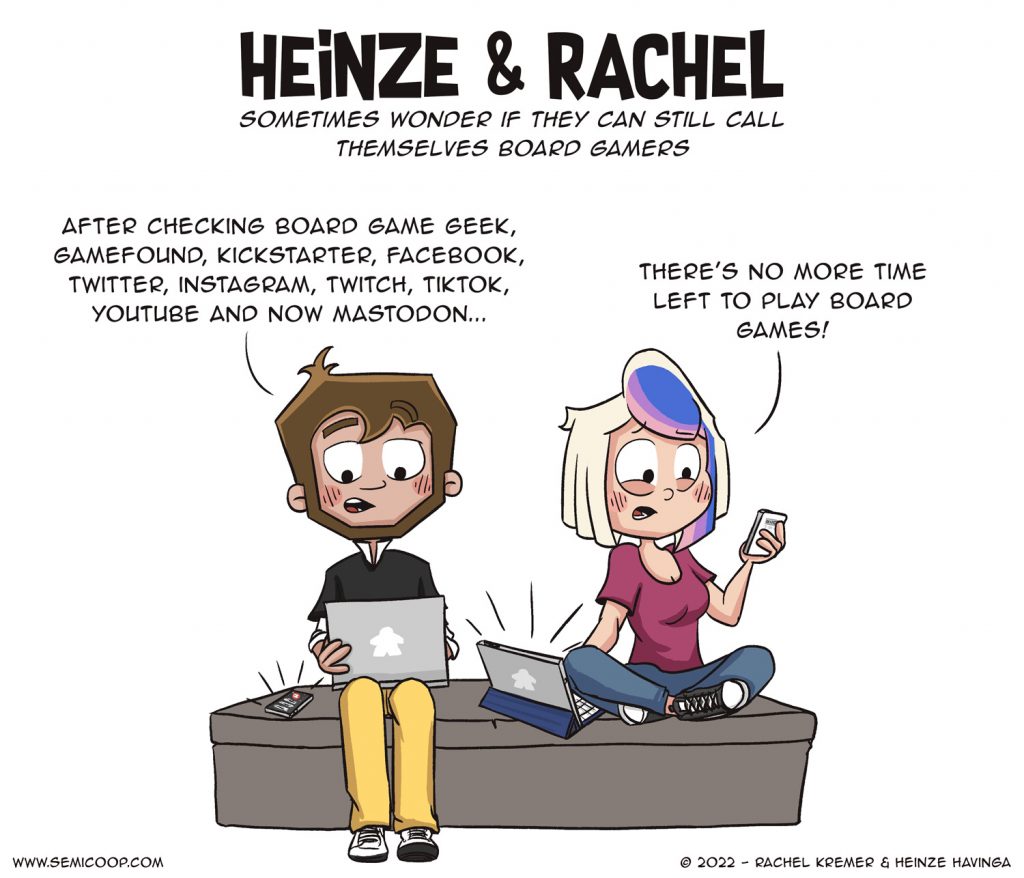