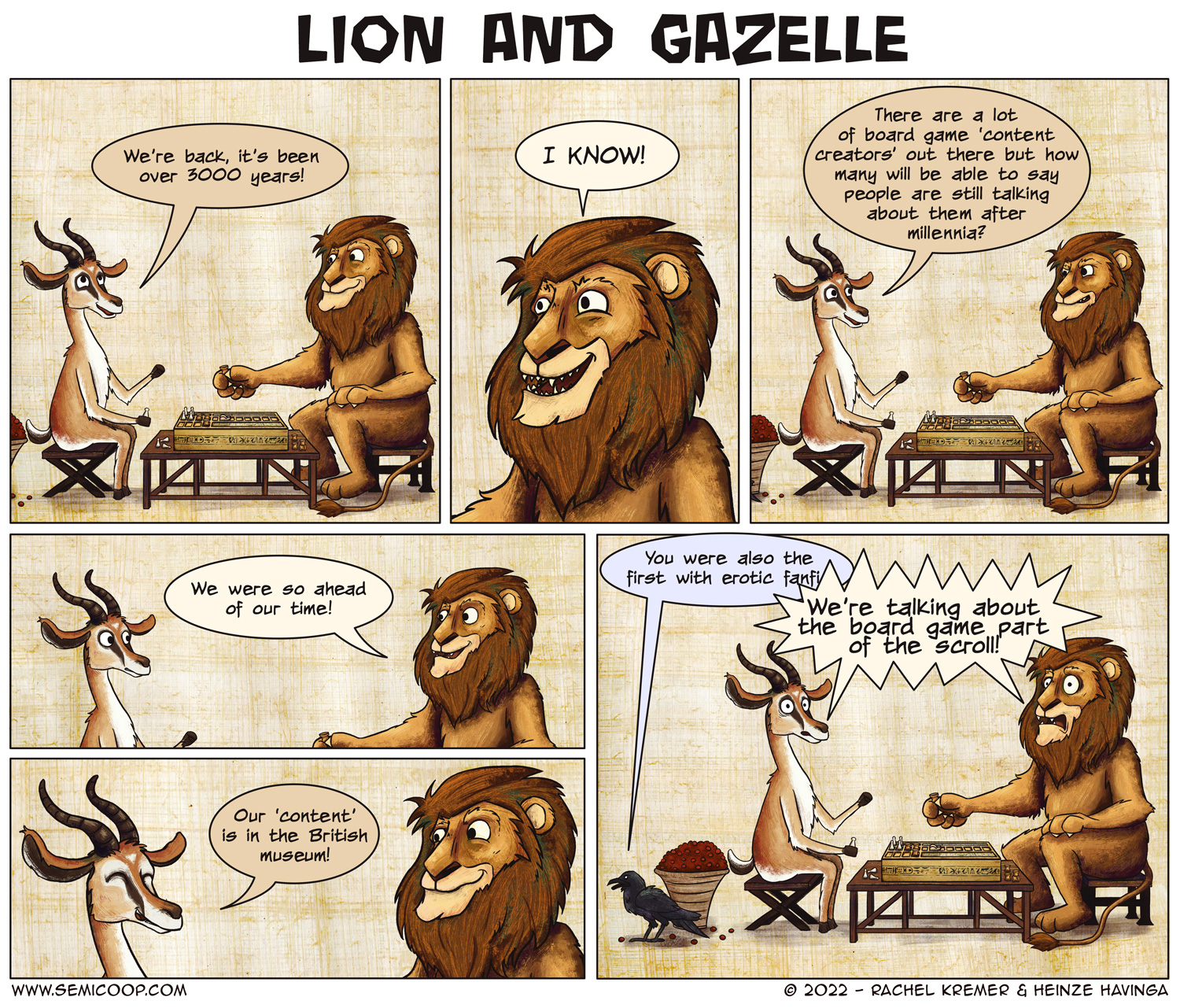 It’s August which makes it time for our annual Summer break/experiment. In the past we have done modern board games with boring Euro covers, we had some excellent guest comics and we had a poster project, which is almost ready to go on sale!

This year we thought it would be funny to reboot to oldest board game ‘comic’ as far as we know, the papyrus scroll with satirical vignettes found in Thebes showing, amongst other things, a lion and a gazelle playing Senet. It’s just a wonderful idea that people have been making funny pictures involving board games for thousands of years and that we are just continuing something that has been going on for so long. We originally learned of this image watching Quintin Smith’s talk on the history of board games which we can highly recommend.

That’s all for this week, we hope you enjoy our little experiment and we’ll see you next week for more Lion and Gazelle shenanigans!

Have you ever played Senet? 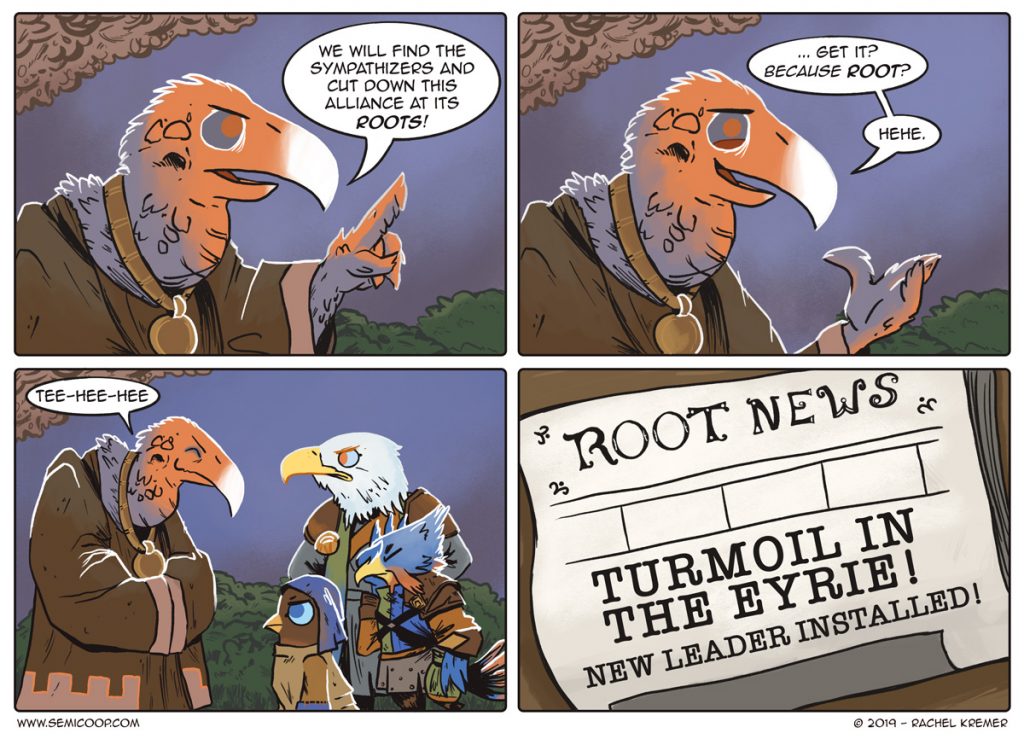