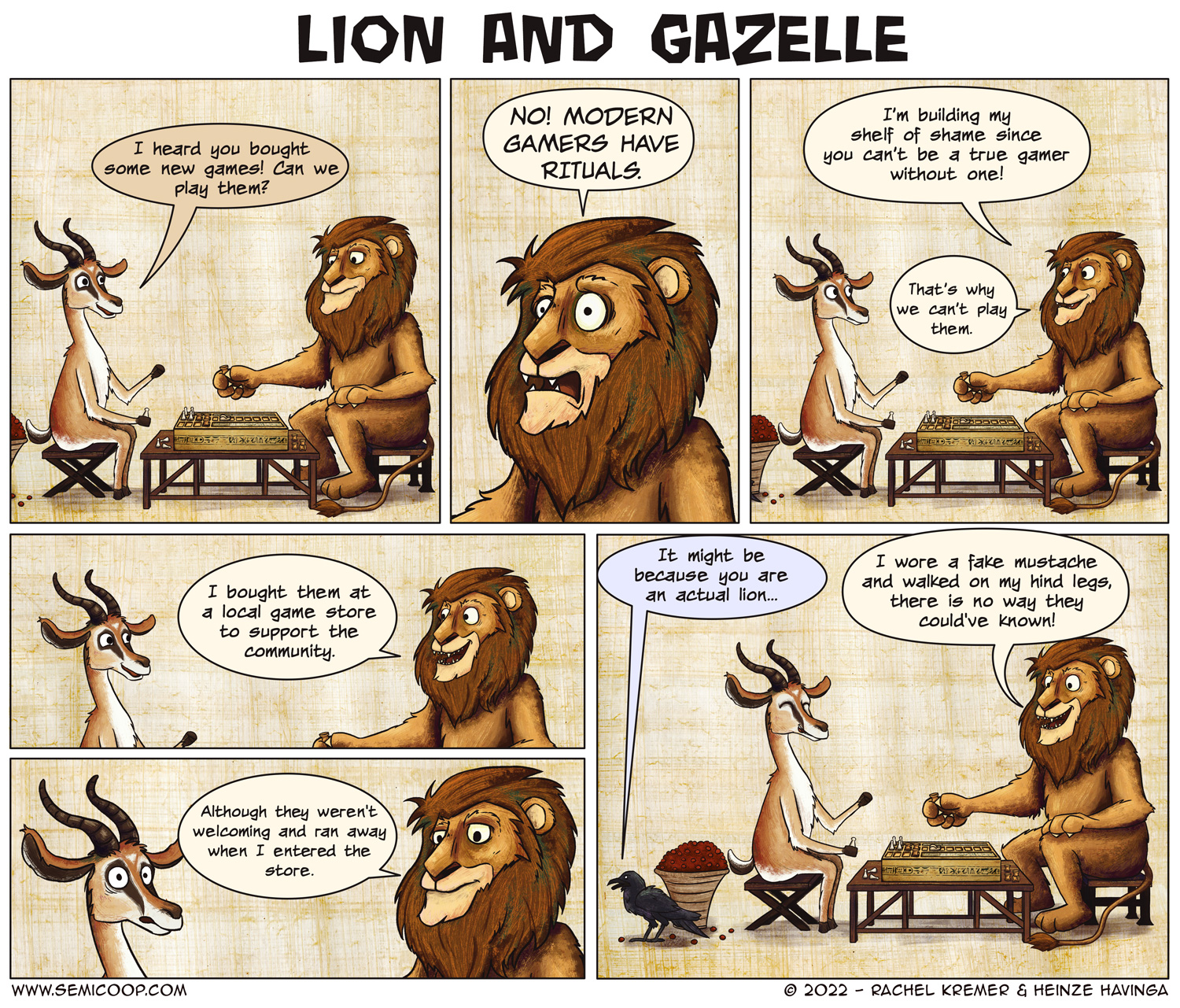 It’s our second week of Lion and Gazelle! You might have noticed we’re using a template inspired by Dinosaur comics, we really enjoyed making our two previously Dinosaur comics-inspired comics so we want to experiment a bit more with the format. Only two more Lion & Gazelle comics instead of our regular comics, although we might keep doing this as a separate thing if people enjoy it (let us know if you do!)

Because we’re busy doing quite a bit of home improvement, we haven’t played that many games, We did play our preproduction of Almost Innocent two more times and our initial impressions are very much holding up. We really like this co-op deduction game and we’re going to look into Hidden Leaders as apparently it’s set in the same universe which is always a fun idea. We also saw a lot of games we want to check out during the incredible amount of GenCon posts on social media, so it seems the “research all the new games” period before Spiel has started!

What upcoming release are you hyped about?

The 5e Legend of the Five Rings content and, hopefully, Frosthaven.

Also, please add more Lion and Gazelle. This warms the historian cockles of my heart.

I love dinosaur comics! This is a really great group of characters too, and I’d love to see more of them.

They may have been worried you were an NFT, in which case fleeing in entirely appropriate. 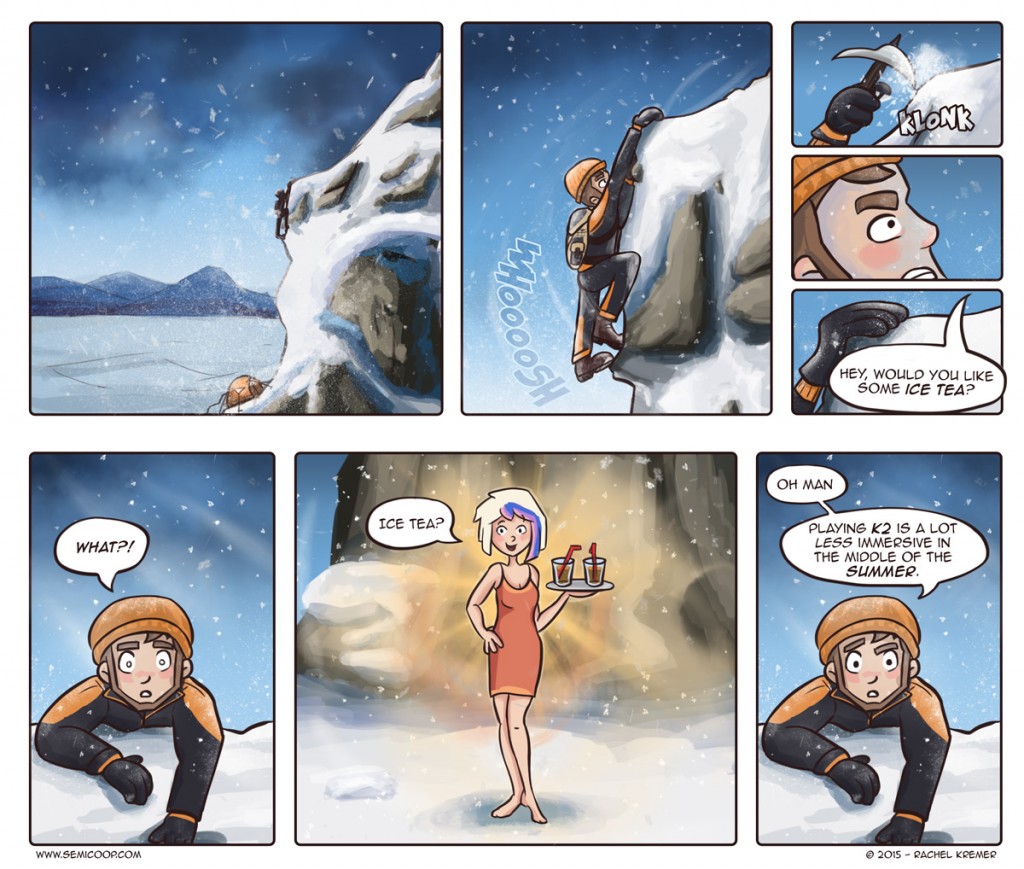