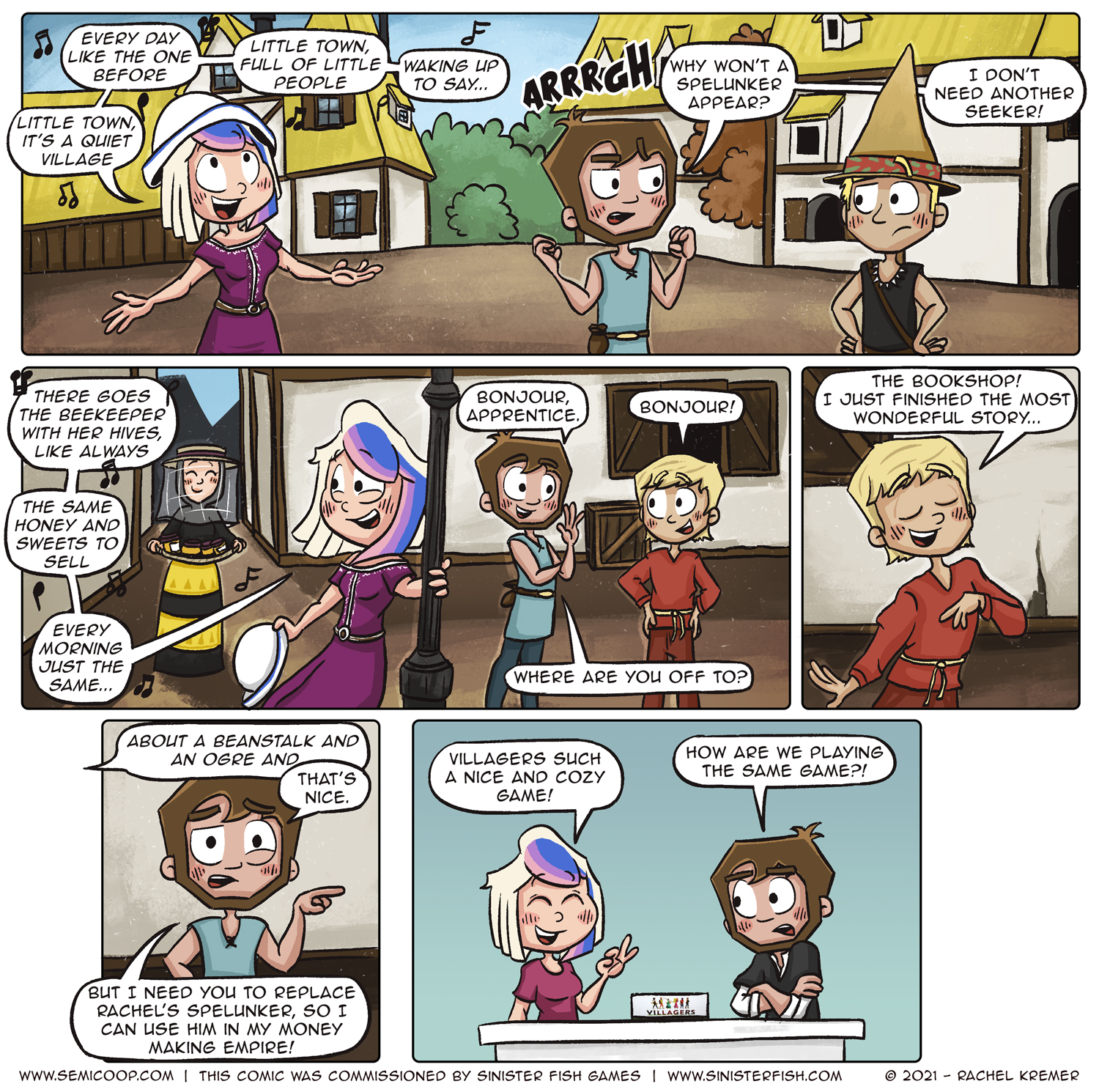 My name is Dave Clarke and I’m the owner of Sinister Fish Games, publisher of Villagers, which I first came across on the BGG forums. The designer and illustrator of the game, Haakon Gaarder, was posting about his progress in designing this game about funny looking little people working together to build villages. I immediately fell in love with the art and the idea of the game, and it took a year from first contacting Haakon to him agreeing to let me publish it. I hope he still agrees that it was a good decision, because the game has done really well considering it’s his first design, and only the second game I’d published at the time.

The Kickstarter campaign for Villagers, to put it mildly, was bonkers. It just kept getting bigger & going faster, and it wasn’t because of anything specific we were doing, it just really seemed to connect with people. We went to UK Games Expo during the campaign and our modest little stand was absolutely heaving with people wanting demos all weekend. It was overwhelming in the best way possible.

Fast-forward to summer 2019 and we were faced with two huge containers full of games arriving at a giant barn owned by a friend of a friend. We hadn’t allowed for the campaign to be so successful and had only charged our backers enough to ship it ourselves, which we were able to do for about half the cost of having a proper fulfillment company do it for us. We had no choice but to move into that barn and do it all ourselves with a few helpers and our 6 month old son in tow. It could have been a complete disaster, but other than taking over 2 months to ship out about 15,000 games by hand, we got it done without major incident. We also learned NEVER to attempt anything like that again.

The script for this Semi Co-op comic was suggested by Rachel and Heinze, and I love it because it encapsulates one of the things I love about Villagers – that underneath all the strategising and agonising and maximising of points, there’s a game that tells a simple story about people from all walks of life cooperating so they can all prosper. I think that’s a story worth telling.

Shifting Seasons, the new expansion for Villagers, is live on Kickstarter until Thursday 22nd July. Haakon and I would be very grateful if you take a look.
https://www.kickstarter.com/projects/sinisterfish/villagers-shifting-seasons

I agree and love Villagers for the same reason. I really enjoyed the comic above and think Rachel and Heinze are brilliant. Keep up the good work and I’m looking forward to Shifting Seasons

In this tableau-building game, players will each build a new village and will try to gather the most skillful villagers that can work together to make a profit, while increasing the food supply and make sure there is enough capacity for building new houses. Will your village be prosperous? For more information, check out the BGG page.