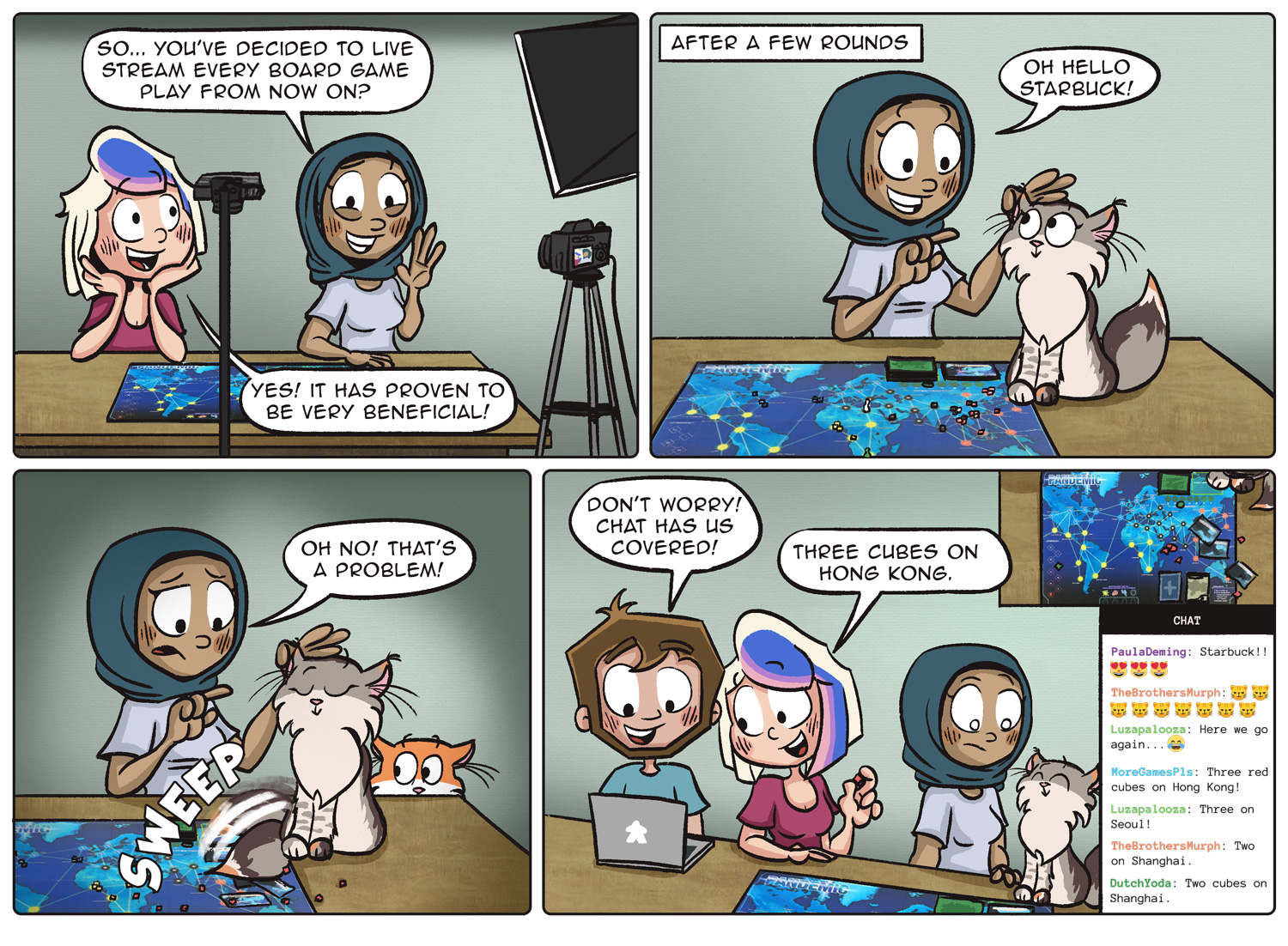 Mad respect for everybody that streams board games! We’ve tried it once or twice and we also realized that it might not be something for us. And most problematic is that it takes a lot of time, which is one of the rarest resources in life!

So during our last play of Pandemic Legacy: Season 0, we’ve had the situation happening in the comic… except we didn’t have a chat to help us out. Luckily, we managed to recover everything from memory and checking played cards, but it can certainly mess up your game! We’ll be more careful next time. :’D
So far we feel like we have a good feeling for the game and our tactics seem to be working out even though our last game was quite disastrous with an escalation card at the end of the first turn and two escalation cards in one turn halfway during the game. Those three practice games have prepared us well! That being said, we’re really enjoying this Pandemic Legacy so far and are looking forward to seeing if March will kick our butts.

Last week, we haven’t played a lot of board games, besides a game of  Specter Ops and Pandemic Legacy. We did, however, celebrate our wedding anniversary and had an overall relaxing week while adjusting again to the working life after a few weeks off. And a real gaming highlight: Heinze played his first game of 18XX in real life together with Niels, Nele, and Jeroen. They have been playing 18XX for about six months on 18xx.games and finally the time had come to play 18MEX in real life! It took around six hours to play, but everybody had loads of fun. <3

In other news, we’ve two games that we’re really excited about playing soon! First of all, there’s Kim Joy’s Magic Bakery which was send to us by Skybound, which is a cooperative card game about baking. What’s not to love?! We have multiple friends who are going to love this theme. And today we received a copy of Cascadia from Alderac. The game is designed by Flatout Games and illustrated by Beth Sobel, so once again: what’s not to love?! We can’t wait to play this one as well.

Well, I don’t watch any Twitch streams or whatever, but there are a few TTG shows on YouTube that I follow, like Let’s Roll, Board AF, or Tabletop if you want to go way back.

Tabletop was amazingly produced, and we’ll check Let’s Roll and Board AF out! 🙂

Talking of Tabletop… This happened to them when they shot the Ticket to Ride video (23:04 if the link doesn’t lead you there):
https://youtu.be/qHmf1bau9xQ?t=1384

Closest I get is Game Knights on YouTube. It’s watching people play and have fun with my favorite Magic format.

So awesome to see my name in your comic!

Love the shout out to the This Game Is Broken crew in the “chat”!

Starbuck looks so proud of themself in panel 4. 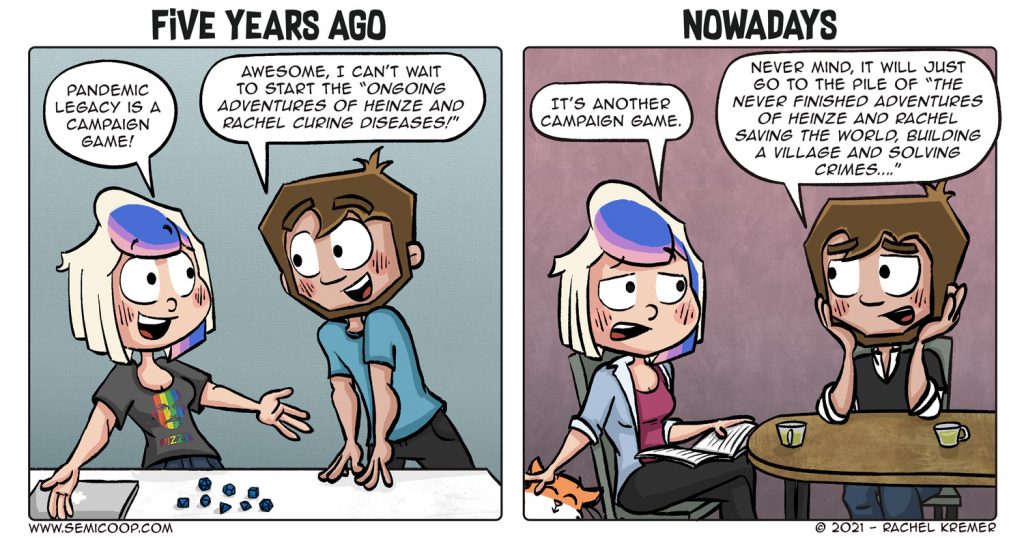