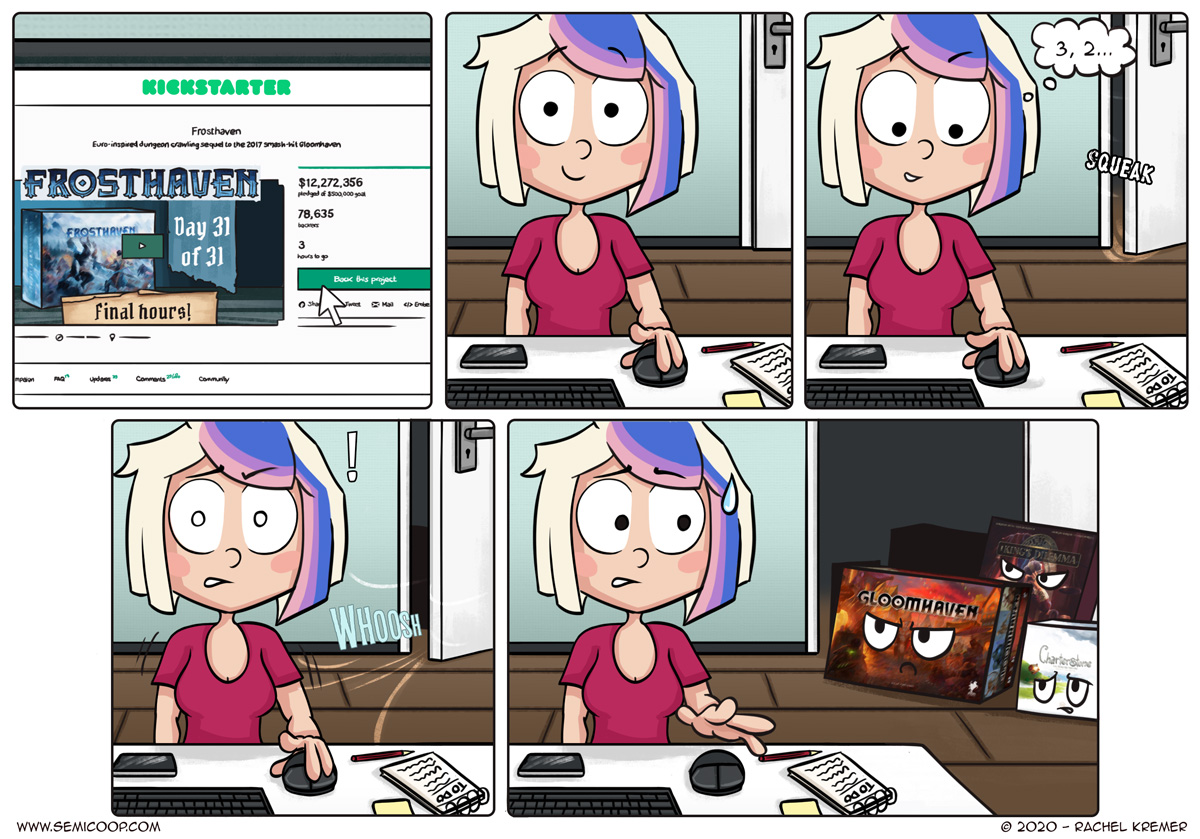 We’d like to congratulate Isaac Childres on the tremendous success of the Frosthaven Kickstarter! We’ve decided not to back the project, we really like Gloomhaven and that’s just “the problem”. We’re not even close to finishing Gloomhaven with thirty-eight plays in two years time and we don’t feel that we’d like to jump straight into “more” Gloomhaven after we finish it. If we do feel like playing Frosthaven after having finished Gloomhaven in a year or two, we can always get a copy of the game then. But we suspect we’d like to play more different games than dedicate ourselves to a single game for such a long period again.

Next to Gloomhaven, all our campaign games are on hold at the moment and we can’t wait till we can continue playing Charterstone and The King’s Dilemma with our friends. 🙂

In other Semi Co-op related news, we’ve made a 30 fps thing, Mystery Card Board Theatre!

Ever since we’ve been experimenting with animation a few years ago, we’ve had this idea in mind. We thought it was time to bring it alive and make a first “pilot” episode! It’s our very own parody on Mystery Science Theater 3000! No, this is not a trailer. Even if we make more of these, they’ll all be nice and short since we believe there’s enough long video board gaming content on the internet and there’s just not enough time in people their days to watch it all. Animation is a time-consuming business though and we’d love to do more of it, so if you’d like to see us do more animation, please consider supporting us on Patreon!

And we’re also part of Danny’s super fun Pass the Board Game Challenge video! 😀 You can spot us at 2:58, but just watch the whole thing – it’s such a nice uplifting video. <3

Are you diving into Frosthaven once it’s released?

The diving into is an open question, as it would legit depend on whether or not things are even remotely back to normal. I backed the game and I plan on finding a playgroup for it as soon as practical after release, but I don’t know if it will be immediately after release or further out. 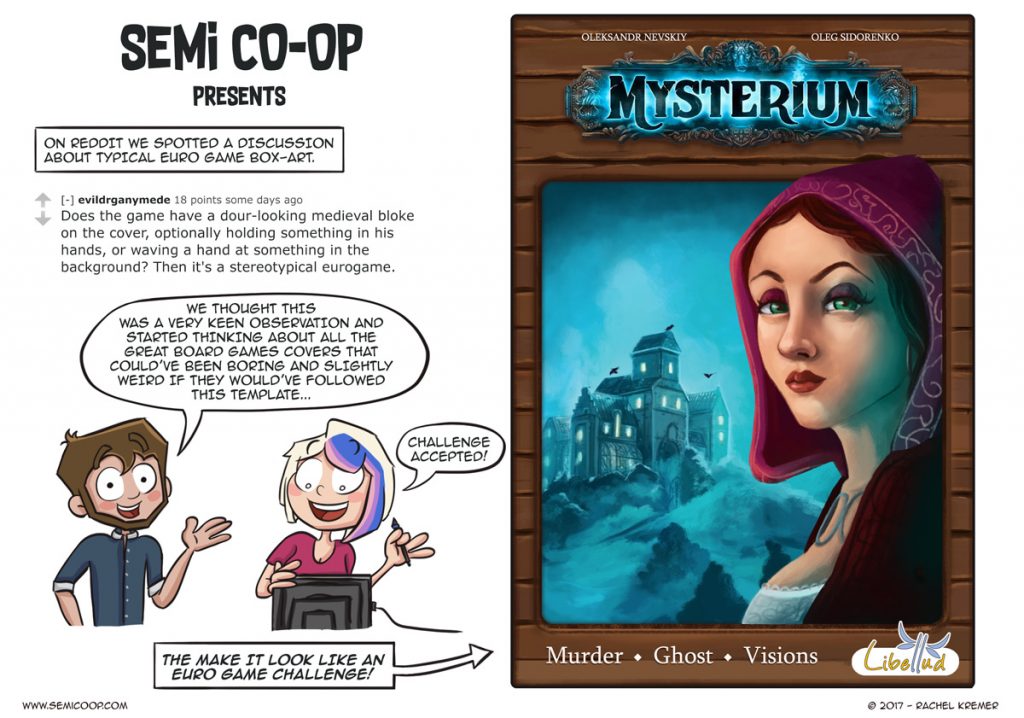