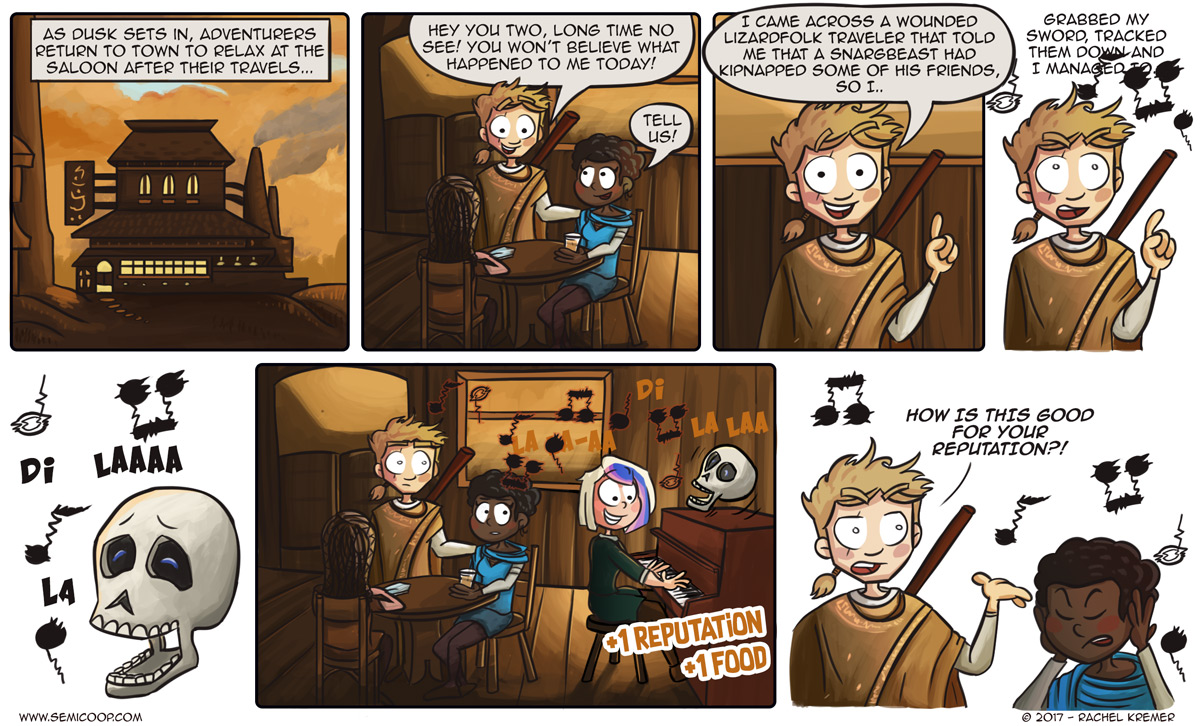 In the game Near and Far there are artifact cards players can build and one of them is a singing skull! Whenever a player visits the Saloon, that player gains 1 reputation. It’s quite a handy card to have and combined with my character’s talent Piano Playing (gain 1 food when visiting the Saloon), it’s a hilarious idea.

So we picked up The Networks at Spiel in Essen and after playing it a few times with two and even four players, we can really say we like this game! The artwork fits perfectly with the slightly sarcastic and funny theme. It’s a hit in our gaming group. 🙂

The end of the year is coming near and that means Board Game Geek’s Secret Santa! 😀 Members of website Board Game Geek who signed up, get assigned a victim for which they have to buy a (board game related) present! Our Santa has already been doing a great job, sending us fun messages and a series of questions. It kinda makes us feel bad that we haven’t really contacted our ‘victim’ yet. But no worries! This Santa has been very busy and will certainly step up their game – soon!

Do you ever sing or quote songs during a game?

(We tend to hum Star Wars tunes during Imperial Assault… a lot. )

PS. Heinze just noticed that our previous comic about Near and Far also contained singing… false singing. We’re not sure why this is a returning theme in our comics about this game.

That skull looks as scary as a doorstop. A very evil looking doorstop.

Not exactly the same thing, but my friends and I used to have little sayings for a lot of the cards we played in Dominion, such as:

And some others I can’t remember right now. But there were a bunch of them.

A campaign game set in the world of Above and Below in which you explore a massive world through a book of maps. In this game, you'll search for a lost city in a strange but wonderful world. Manage your adventurers and read their adventures and their encounters from the storybook. Who will be complete the most quests and become the most storied traveler? This game was a Kickstarter project and is not yet for sale. For more information: Near and Far Kickstarter page 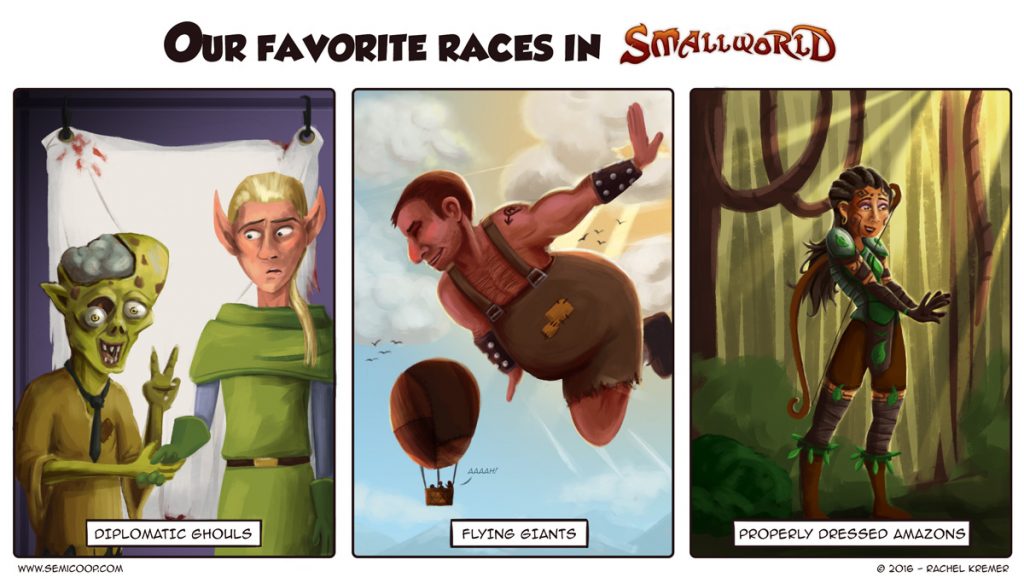