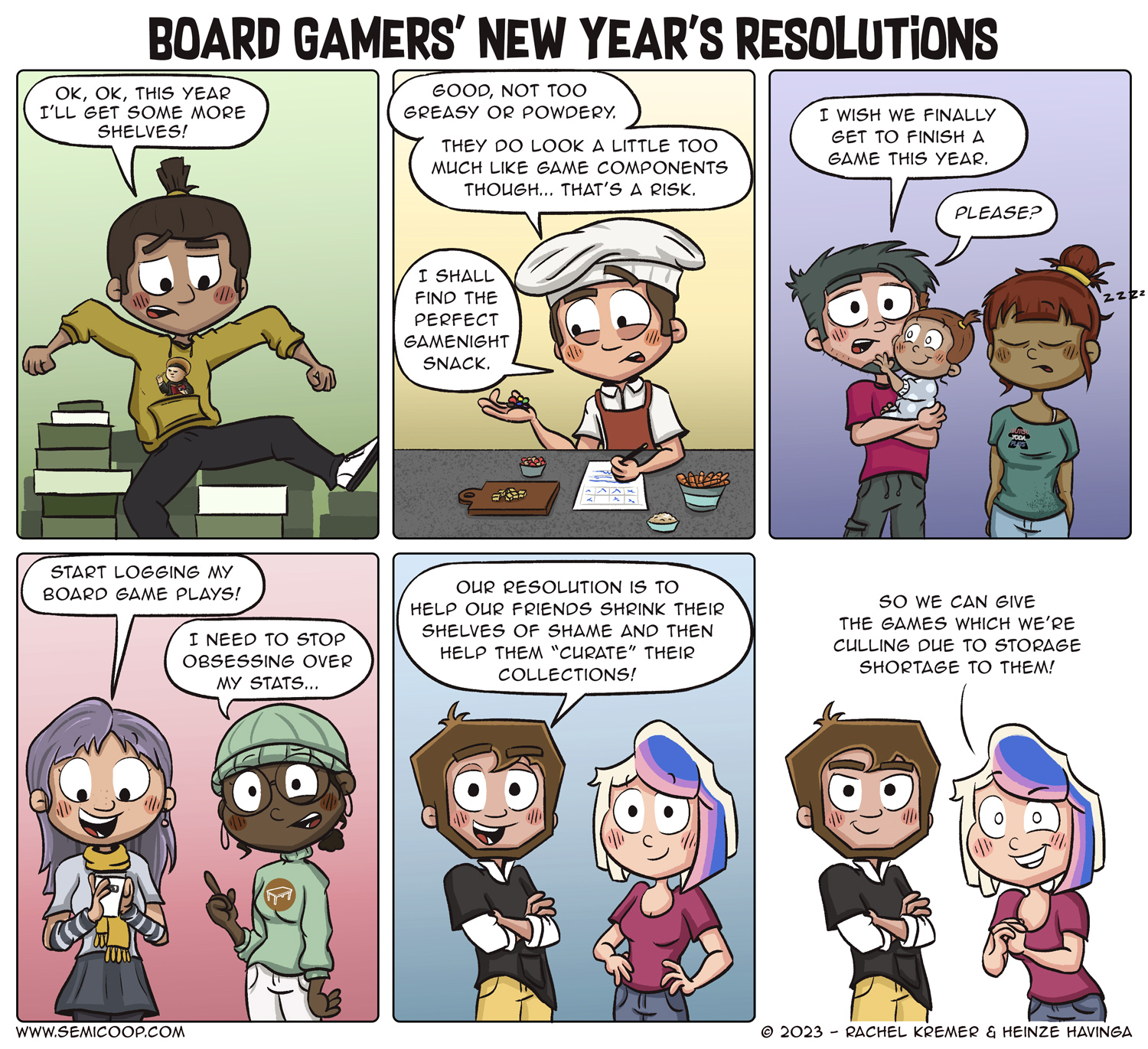 Happy new year everybody! We’ve had a nice and slow week between Christmas and New Year’s eve and we played a lot of new games, mostly just with the two of us. It’s been a really nice week and luckily we’ve got space to take it a little slow this week as well, which we think is well-deserved after we realized we made 85 different comics last year! We’ve already got some extra comics in the pipeline for this year as well, so we might even top that number this year although we don’t want to make it one of our new year’s resolutions. We do have some gaming-related resolutions though, we’re about to get Nikki Valens’ Artisans of Splendent Vale, for which we really hope to find two more players to get the full experience. I also personally want to paint up a Turnip 28 army in such a way I can use it for several other miniature war games because there are a lot of cool indie miniature games being released and it would be nice to have some units I can use to try different games.

But enough of what we want to do let´s talk about what we´ve played last week. We have had a blast with some games we feel might be slipping under the radar a bit. The heaviest is Skymines which is a reskin of Mombasa. In this game, you play investors investing in megacorps that are mining on the moon for helium-3. We really enjoy this game but it is a pretty lengthy affair and can be quite brutal in its programming mechanism if you make the wrong move at the start of a round. If that doesn’t scare you and you like a sci-fi capitalism theme, this is well worth your time but make sure you take an entire afternoon, or more, for your first game.

Secondly, we played two games of Mille Fiori. When we first saw the board we were a bit intimidated by the many space and tracks on the board but it turn out it is a nice and easy Roll-and-Write-Esque drafting game about glass blowing in Venice. Imagine if Ganz Schön Clever was a board game with some options to mess with other players but still had massive combo potential, that’s what Mille Fiori feels like playing. Speaking of board games that clearly have been inspired by Roll-and-Writes, we also played our second game of Guild of Merchant Explorers which is fun and comes with a number of different maps but it hasn’t left as much of an impression as Mille Fiori so far. We have a more casual gaming friend coming over tonight and we’re eager to try this type of game with him to see if this game can compete with Ticket to Ride or Takenoko for example.

Something that left a positive impression was the first scenario from Destinies’ Myth & Folklore expansion, which wasn’t as strict on a timer as the scenarios of the base game plus it had a more Fey-inspired Fairy Tale storyline. This really helped us see what other directions the game can take and we’re eager to try more scenarios to see if they stretch the game’s setting even more.

Lastly, we played Gosu X and Cryptid: Urban Legends which are both really good if you want a head-to-head game in which smart moves can really end a game quickly. Both are a bit hard to learn from the rules though so if you can find someone or a video that shows how it’s played, that can really help you see how all the different parts go together and get you playing these wonderful games.

As mentioned before, this week we’re taking a bit more time to relax so hopefully, it will give us some time to get the last of our Spiel haul off the shelf and play them. So far we haven’t encountered any real duds, so it seems 2022 was a good year for games!

Do you have any (gaming) new year’s resolutions?

Artisans looked really fun, that’s one where the decision not to back was pretty tough. I do need to do some serious cleaning and culling to create a decent space for my board games.

That is the entirety of my Gaming Related New Years Resolutions. 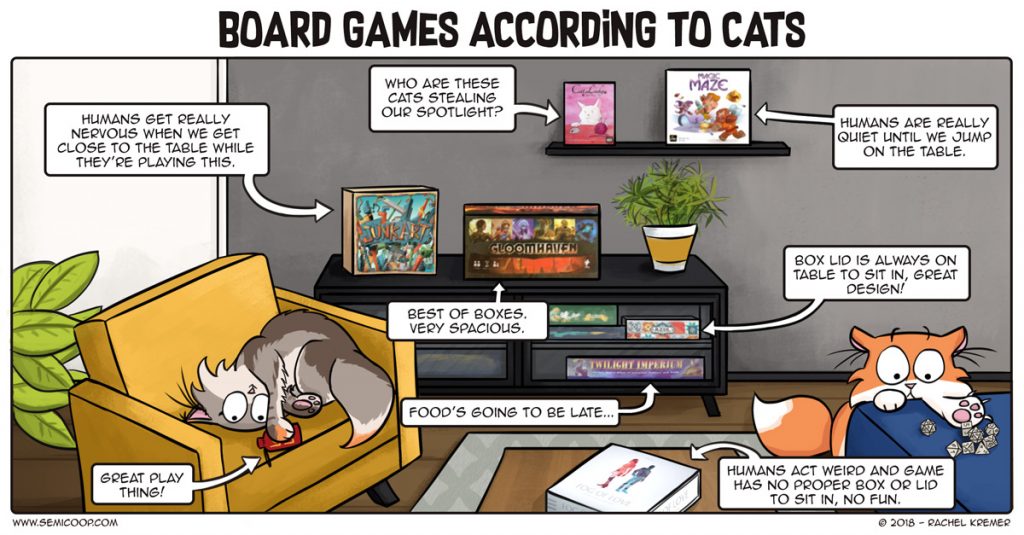