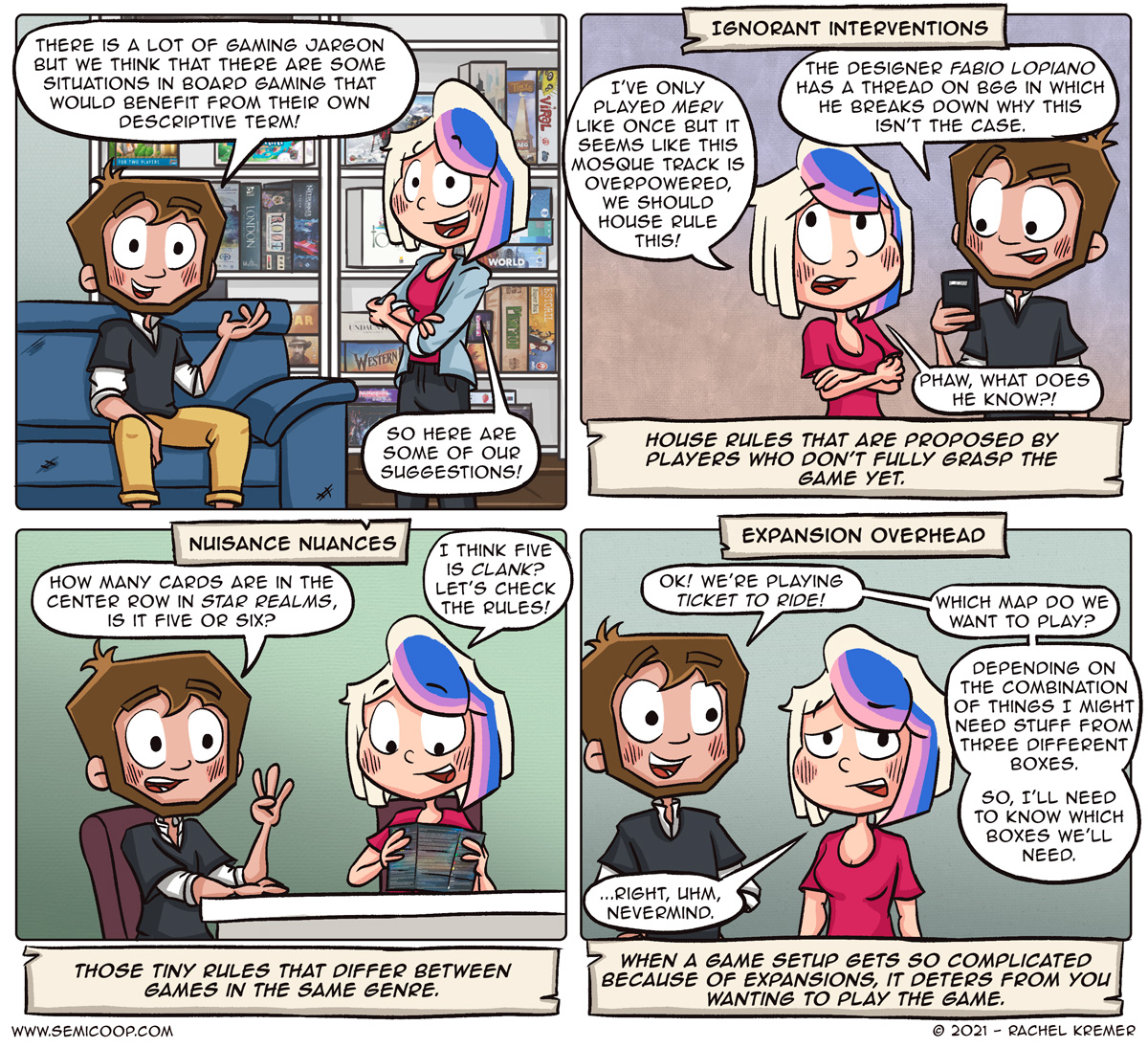 Gaming jargon! It’s fun to have funny terms for things we see often so we had some fun brainstorming some new ones. Which ones did we forget? 😉

Since last week, we’re under a national curfew but before that happened, we played one last game of Gloomhaven and we retired two characters of our crew of three! So once curfew is over, things are going to look very different for our Gloomhaven campaign and the dynamic of our group. So far, our original group of characters was the best – it was just a perfect combination of characters that all worked really well together. Nobody really played a character after that that was as good as that first one. But hey, who knows! We will have to attune to our new characters and hopefully, they will surprise us!

Since we’re mostly playing games with just the two of us, we thought it would be fun to start something we’ve always been curious about… playing an Imperial Assault campaign using the app! The campaigns are relatively short with just five missions and we’re quite enthusiastic about the Mansions of Madness app by Fantasy Flight, so we gave it a try! So far, we did the tutorial and the first mission and it’s fun but we have to get used to such a dice- and combat-heavy dungeon crawler after playing all that Mansions of Madness and Gloomhaven.

Speaking of dice, we’ve been playing quite some Cubitos! It’s just such a silly dice racing push-your-luck game. We’re not really good at building a winning engine yet, but I’m sure we’ll get the hang of it.

What board gaming jargon would you like to introduce?

Oof, I really feel that last one.

Oof, the rules nuissance thing always gets me!

It should be standard for all rulebooks to include a small section at the start or end with all of these: Hand size, hand limit, things rounding up/down, can move diagonally or only orthogonally, etc.

So many times we go play one of our games, and remember the rules well enough to not need the rulebook, but these small things always trip us.

12 and 15, the two holy numbers for Port Royal and Splendor
now which one belonged to which game again? 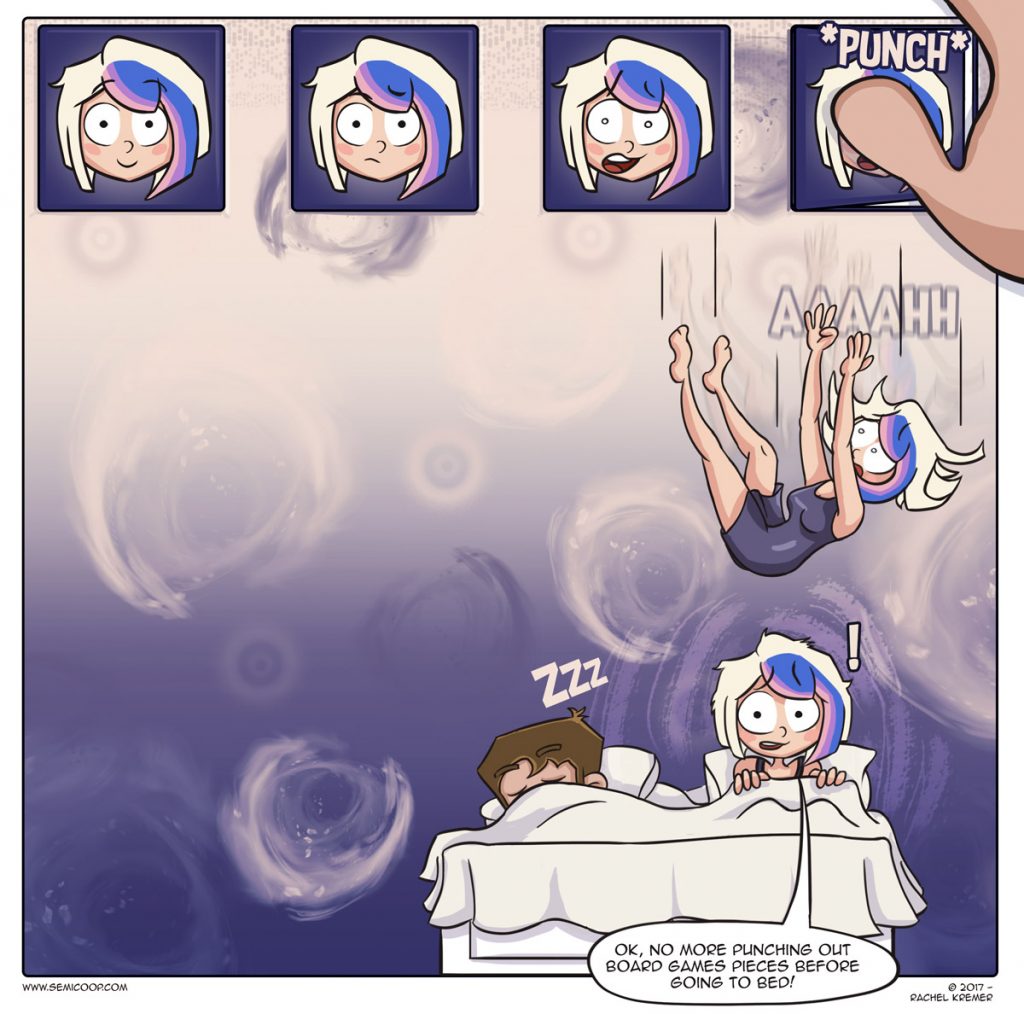