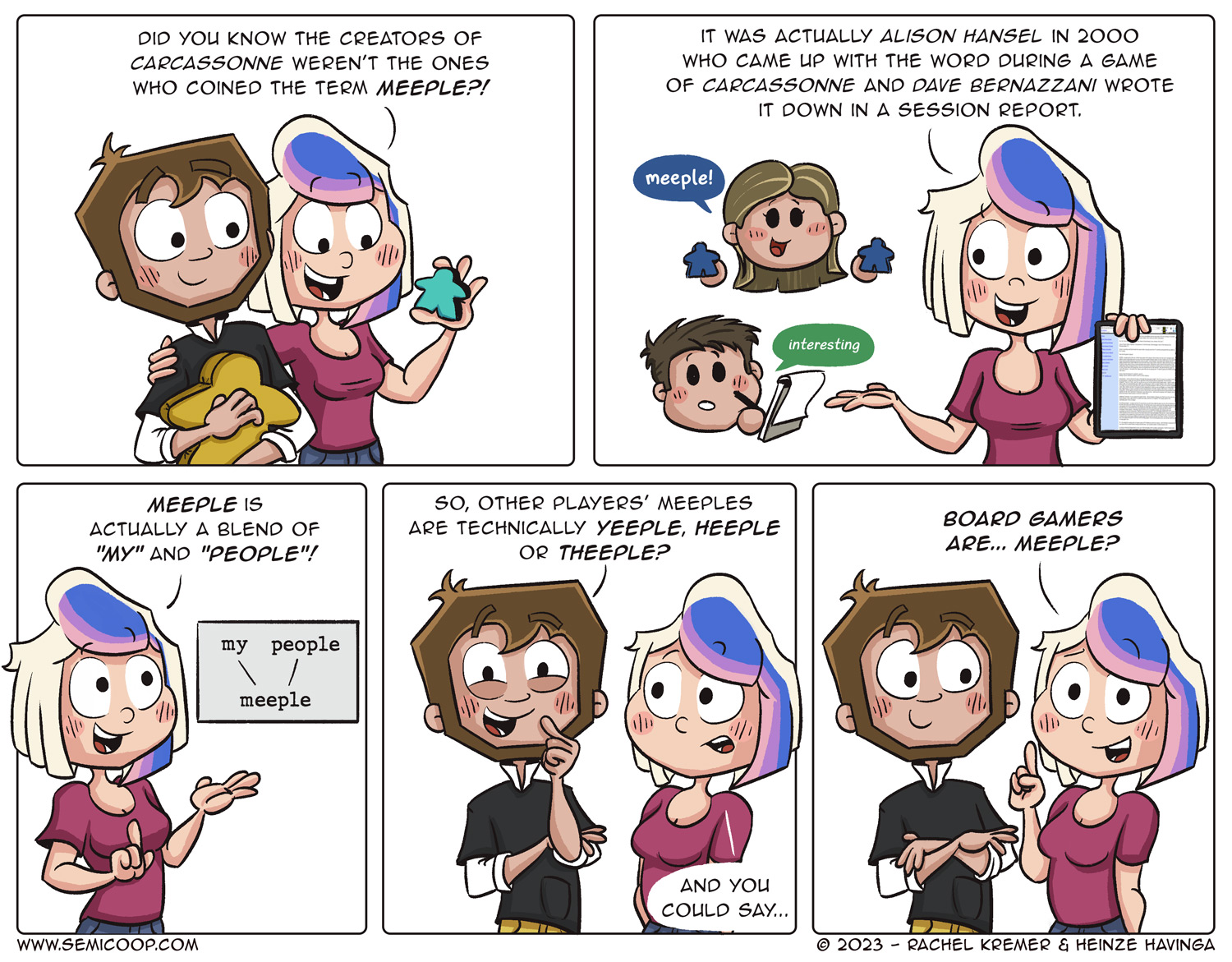 Our people! The history of “meeple” has several more interesting parts but we’ll save those for future comics. The reason we had meeples on our minds, was because a friend has bought the Carcassonne big box plus the new co-op Mists over Carcassonne. Since we never actually played any of the Carcasonne expansions we’ll have a big Carcasonne game night soon and we’re curious how we like the different expansions and variants.

Speaking of planned board games, are we the only ones who have come out of the holidays with a very full board game agenda? In the coming weeks,  we’ll be playing loads of games from our bucket list or we’ll be revisiting old favorites that are hard to get to the table. This Friday we’re playing Artisans of Splendent Vale, this weekend we’re playing Alchemists with the expansion, the week after that we’re playing Gaslands, and we have a big game of Xia coming up and we’re finally trying Millennium Blades! We’re also playing with a nice mix of friends and new people, so it’s safe to say we’re starting of our gaming year very strong. 🙂

This week was also an interesting gaming week in which we played Flamecraft, Mechs vs Minions, Galileo Project, and even two games of the Pokemon Trading card game. Because our last time playing Flamecraft felt a little bland mechanics-wise, we opted to use all the advanced bells and whistles this time which improved the game a bit. It’s still not a game we would recommend for its deep choices but if you are looking for a nice cozy experience with a fun (co-op) engine-building twist, it works well. We would suggest going for the basic version of the game and don’t upgrade it to all the fancy bits before you know that you really like the game.

Galileo project is the third “mega corp colonizing space” game we’ve played this last week, together with Skymines and Terraforming Mars: Ares Expedition. This one is a lot quicker and the whole game feels like a sprint from the beginning to the end. I really enjoyed the quick combo-building race but Rachel wished the game took a little more time to appreciate your engine of resource-generating robots and human-granting victory conditions. The game looks amazing right down to the back of the boards and the inserts and since it’s so quick, I’m sure it will hit our table again soon.

Mech vs Minions and the Pokemon card game are classics and we still enjoy both, although we might need some stronger opponents than our nephews for the latter to really appreciate the game. 😉 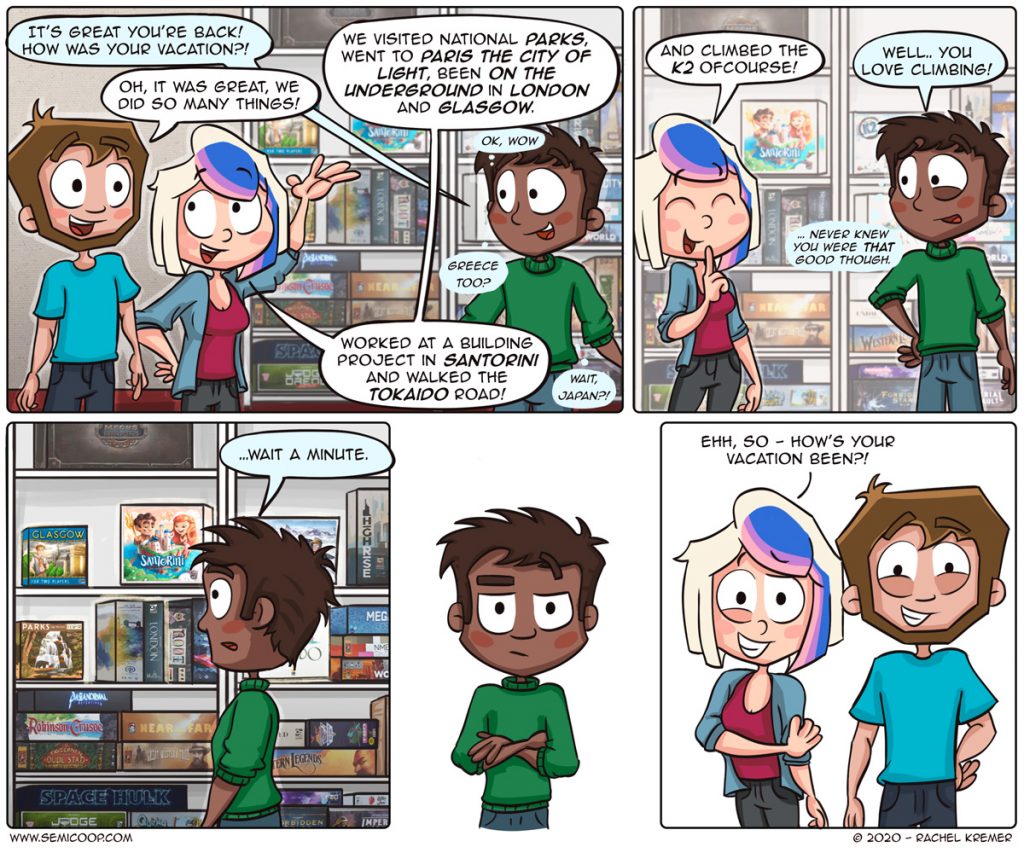