If you ever want to stump Rachel, ask her what’s her favorite game. Not only will it probably switch every day, but she will also try to categorize what makes a game “the best” and soon realise that you can’t compare widely different games. In the end, Rachel will just mention three titles she likes but won’t commit to a favorite. So this type of security question would be her downfall.

Security questions are something we’ve been thinking about a lot this weekend as we’ve been playing the first five chapters of Hack Forward by Key Enigma. In this escape room game, you play a hacker/security expert trying to figure out who is behind a big data breach. The story is pretty tropey but the puzzles are a lot of fun and they don’t feel like busywork puzzles in which you’re just endless encoding and decoding messages. The puzzles aren’t as complicated as the Wilson Wolfe affair, which is probably a good thing for most people, but are a lot more versatile than an Unlock or Escape Tales box. They sent us Hack Forward because they have a new Kickstarter going on and we happily recommend trying one of their boxes based on these first five chapters.

Other than that, we’ve played quite a bit of different games this week with some of our current favorites like The King is Dead, It’s a Wonderful World, Paleo, and even a game of Junk Art. We also played Dive, which was sent to us by Sit Down! games and Geronimo games. This is a fun family-type game about programming your diver to expect sharks on different depth levels that are represented by transparent sheets that are stacked on top of each other. We’re not sure how long the “gimmick” of the sheets will stay fun but it’s a very unique concept. It’s a bit hard to explain the game in words but the game does look beautiful and we’re pretty stoked on the pictures we took of it, so maybe check our Instagram post about it. 😉

Let’s get to the big news, Semi Co-op is six years old! Yesterday it was exactly six years ago that we posted our first comic to our website. As a happy coincidence, Adam New, Corinne Sudberg and Charley Marlowe released a comic dub of our first comic yesterday! Adam has been working hard putting this together and even did a casting call for Rachel’s voice. 🙂

They did a wonderful job and it’s a fun experience to hear other people voice “you”. We really think of our comic version of ourselves as “us” so it’s really cool to experience them in a different way.

The art style of the comic has grown a lot but our love for playing games with friends hasn’t. We want to thank everybody who has read and enjoyed our comic and especially all of our Patrons and the companies that commissioned comics which made it possible for us to make over 420 comics in the last six years. We have some cool plans for the coming months while keeping the regular comics going. 🙂

How often does your favorite game change?

6 years ago you wanted to plan Pandemic???

…I have to settle for favorites within genres, because otherwise, it would be madness.

Answering ‘what is your favourite game’ is easy.

The problem is that the answer is in a quantum superposition and every time you observe it, it changes. 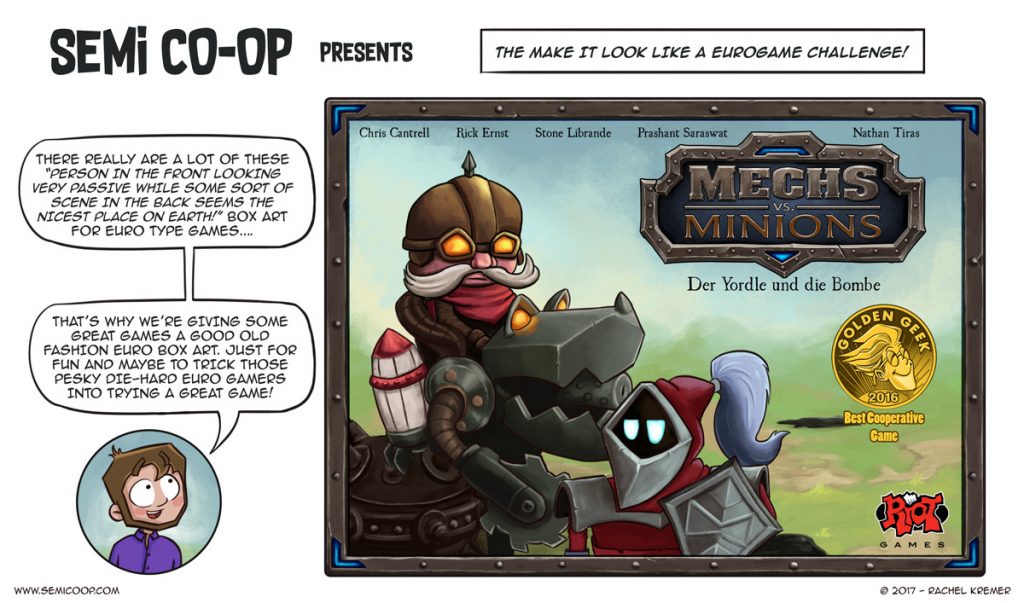