Last Friday, it finally happened! We had to pause our The King’s Dilemma campaign in March 2020 due to Covid and since then, the box has been standing on our shelve as a painful reminder of the current situation. Well, not current anymore, since we’ve picked up the game again with our group! A lot has happened since then and two of the group actually had a baby together.

We thought it would be a challenge to get back into the game after two years, but no, it didn’t take longer than 15 minutes for everybody to get back into their “role” and discussions got heated quickly. And we must say that it felt great to return to the bickering small council of the king.

Last week we also played Paleo‘s new expansion “A New Beginning” and we really enjoyed the additions they’ve made to the game. Farming adds a new dimension to the game and it’s integrated into the gameplay nicely. And we love the cover of the box, just look at it!

We also played another game of Kombo Klash! and friends of ours spontaneously proposed to play Merchants & Marauders this weekend. Since that’s a game that’s been on our to-play list for quite some years, we simply couldn’t say no. The game is far from perfect and it could use streamlining on certain points, but we sure had fun captaining our own ships, carrying cargo and even battling each other at sea. We’re glad we got to play it! 🙂

I’ve had Sleeping God’s on pre-order since the beginning of March 2021. I’m hoping that this is the year it arrives and I finally get to play it … along with a number of other orders and Kickstarters.

Oh dear, I honestly can’t believe how lucky we’ve been with finding a “damaged” copy of Sleeping Gods last Summer in a store while so many people are still waiting for their pre-orders. Hope your copy will arrive soon! It’s a cool game. 🙂

I’m glad that Starbuck lives on in the comic. 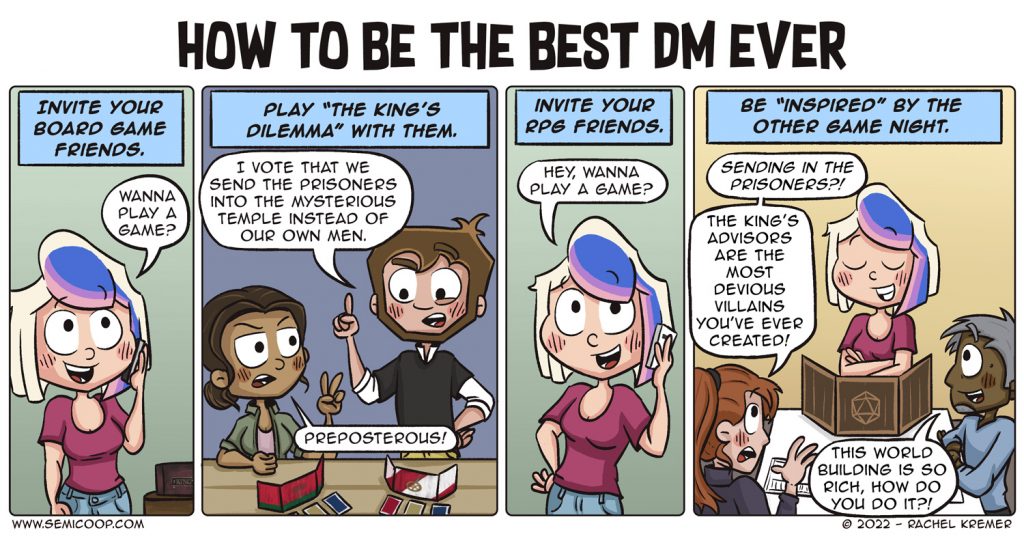