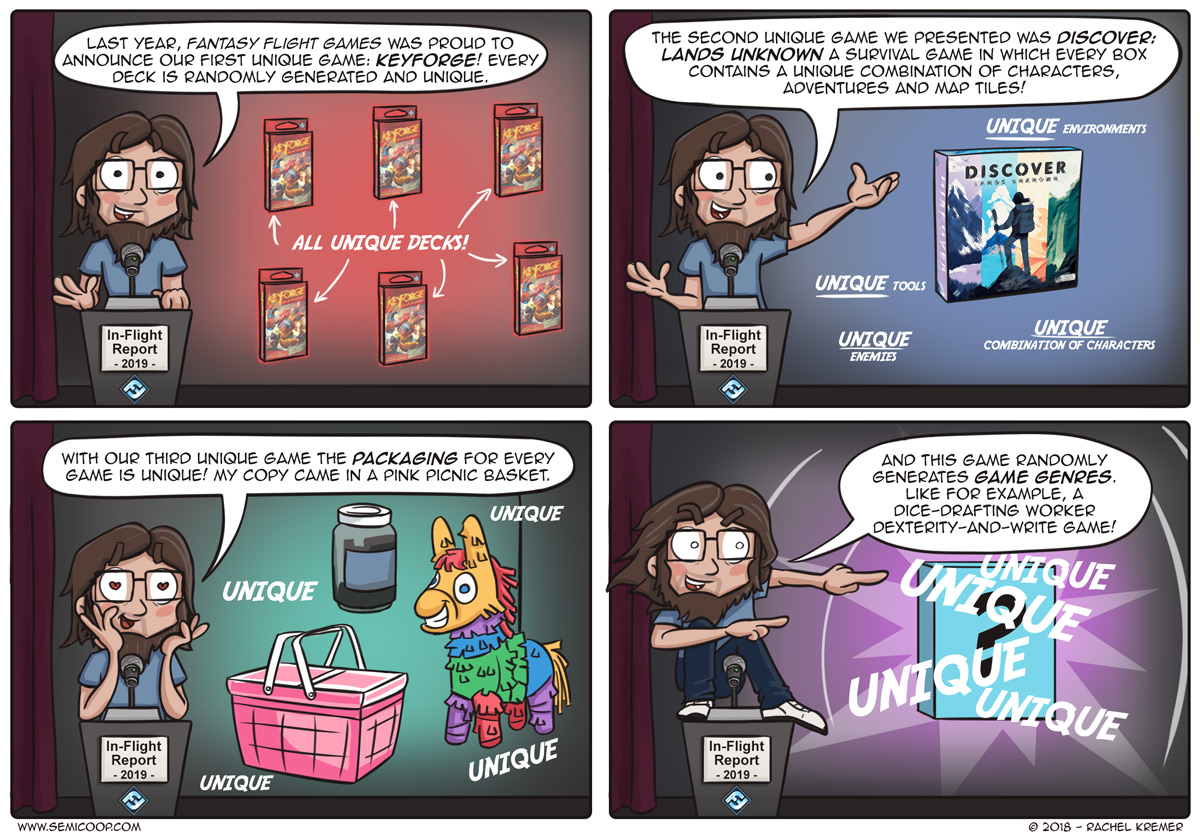 A few months ago, Fantasy Flight Games presented a new concept of theirs: unique games! Firstly announced was Keyforge. A card game of which not a single deck is the same. There is no deck-building, there are no booster packs, none of that. You buy a Keyforge deck and that’s it, that’s your deck! The decks even have their own unique card backs and a unique name. We’re really intrigued by this concept and are really looking forward to trying it. Later, FFG presented another unique game, Discover: Lands Unknown. This clearly is a step up being a board game instead of a card game with unique character combinations, environments, tools, etc.

And now we’re very curious how far FFG will take their new unique games concept in 2019. 😉

Last week we’ve been mostly playing Root. There is so much to discover in that box and we’ve been really enjoying it so far. We played a co-op game against the Mechanical Marquise and that almost felt as if we were playing Pandemic. And we finally continued our Gloomhaven campaign, our 13th game – hurray! My character is now level 5 and is able to do some really powerful stuff. Good times.

Are you excited about unique games?

Absolutely! I think it is a very interesting concept and can’t wait to see what FFG does next.

I forgot to say the unique packaging is hilarious XD

I think the unique games is a cool technical feat, and definitely has the potential to do things which were previously only possible in the digital games. It does, however, then also run the risks that procedural generation digital games has – blandness. The games can quickly feel soulless due to the safety margins the designers have to put in to avoid it being too unbalanced.

Unique concepts are interesting, but it depends on how it is implemented. The idea of a random content box of characters, maps and what have you make it a bit less…easy to discuss strategy and the like between playgroups, which kind of makes it a little isolating. 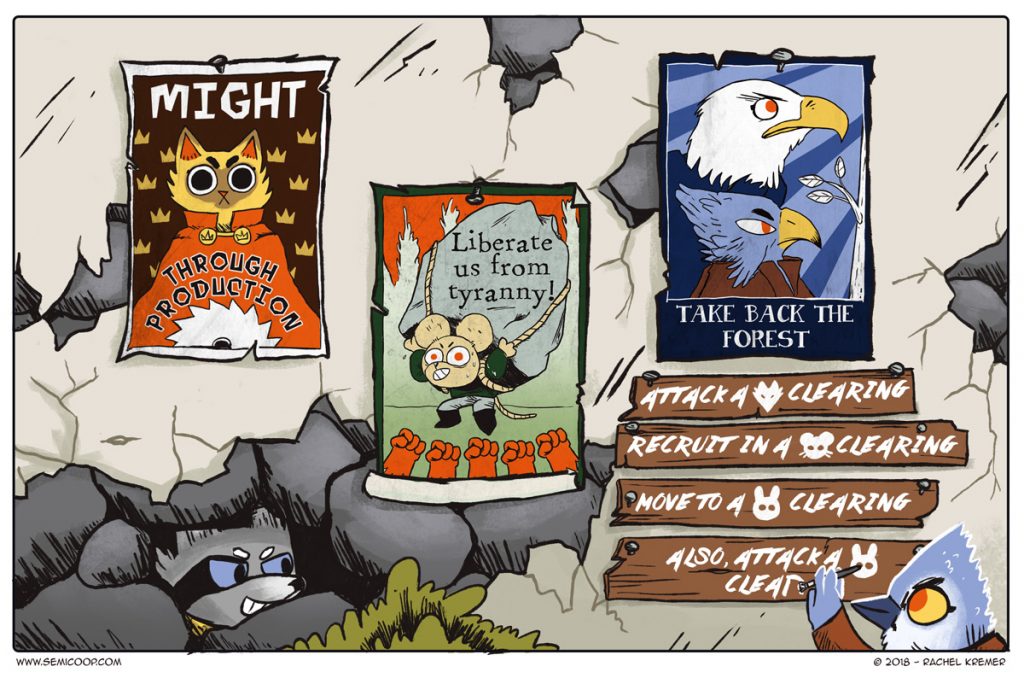