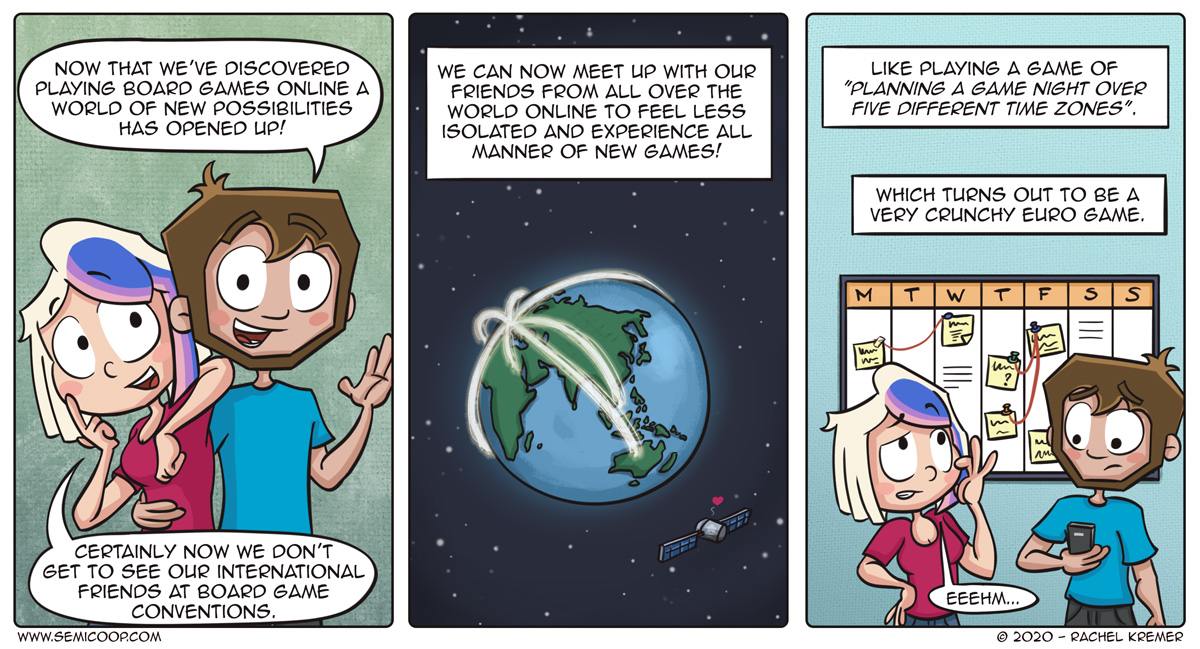 The amount of time we spent inside of Tabletop Simulator has been growing and we’ve started to play with people we normally only see once or twice a year during conventions. It’s nice to have technology provide us with the option to play this way but we’re also realizing how complex it is to plans things with people in different time zones. Having dinner a bit earlier or later to facilitate some games is fine but we’re not willing to lose sleep to play board games.

This week we played no new games which felt like a bit of a unique situation but that doesn’t mean we didn’t have a great time. We were chatting with one of our readers on that about how we had never played Hive with the Pillbug expansion because we couldn’t find it and he sent us a copy! Thank you so much Jesse! The piece is really powerful and is able to break the slow surrounding of your queen which means it changes up our whole end game. It’s fun when games change completely with a small addition and I’m pretty sure this is going to launch Hive to the top position of our most played game ever (right now it is on number 2).

We also played some On the Underground which is one of those games that hasn’t got a lot of rules or components but it creates a great puzzle for the players on how to gain points while also blocking your opponents. We feel it’s a bit underrated and we hope that now people are playing more games online they come across it while browsing Tabletopia and find their new favorite game.

This week I’ll be playing PSC’s upcoming game Defence of Procyon III with some very cool people on Tabletop Simulator. We’re also hoping to play some Crisis with friends and get back into Forgotten Waters and maybe even Mansions of Madness.

Are you often planning across different time zones? How do you do it?

Played a game of Who Goes There? 2.0 on TTS with an Aussie, American and a Dutchie (me) yesterday. We all hang out on Discord so it’s easier to plan on the spot or a few days in advance.
We have a game almost every weekend.

I’m really looking forward to Origins Online–should be interesting to see how an online gaming convention run by one of the big cons goes!

We play in the evening for EU players, which is about the afternoon for US players.

Not a problem at all. Glad I could help. My daughter has perfected use of the Pillbug. Maddeningly so 😠
Love all that you two create. You’re the absolute best!

My old D&D crew in the UK now plays online using Discord with the Avrae plug-in, D&D Beyond and Google Jamboard, so I’m able to play with them for the first time since moving to Australia 17 years ago. It does mean getting up a 4:30am on a Sunday morning though. It’s worth it. 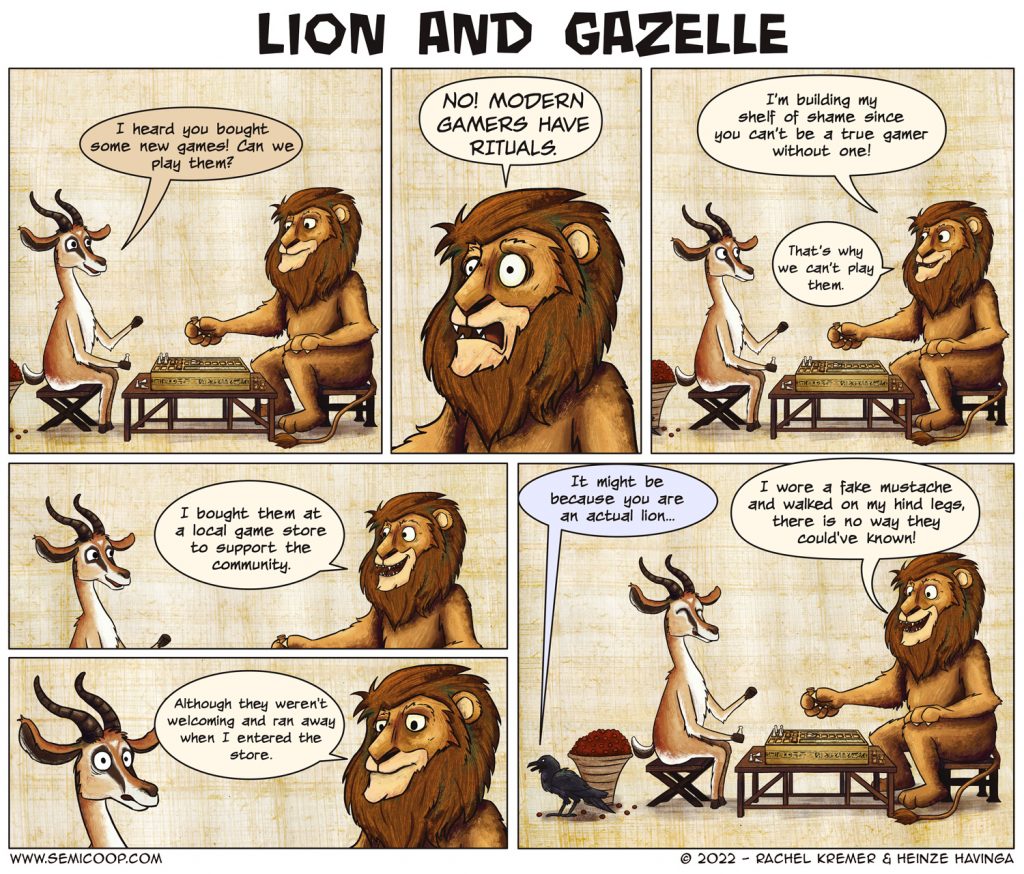