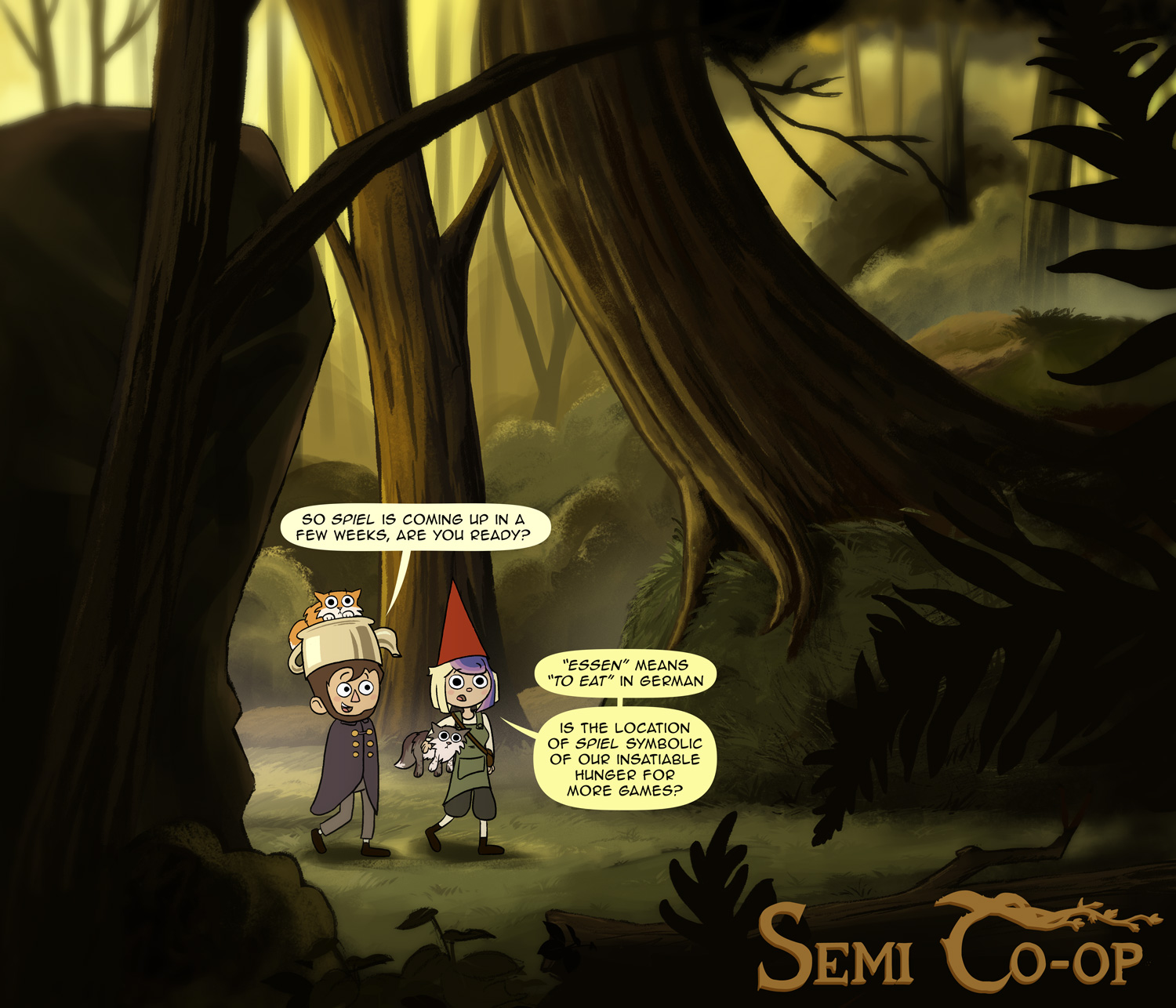 Spiel is coming up and we’re starting to feel it. We’re seeing an increase in commissioned comics we’re making and we’re planning meetings, are busy making lists of which games we want to see and Rachel is making some new shirt designs for us to wear as well as updating our media kit and brochure for parties interested in doing cool things for us. So we thought we’d take it easy today and make a one-panel comic, which of course took way longer than expected because the background had to be just right. If you don’t know, the image is inspired by Over the Garden Wall, a wonderful weird animated miniseries about two brothers who get lost in the woods and end up in many strange situations. Hopefully, Rachel stressed schedule will relax a bit before we leave for Spiel in less than three weeks!

Speaking of relaxing, we did some cool game (related) things this weekend! On Friday evening our local bouldering gym organised a game night, we brought some games but got so caught up in playing twister on the boulder wall and all the tables were occupied by the time we were done and we just talked about games at the bar for the rest of the evening. On Saturday, Heinze played an 11-hour-long game of War Room, which must be one of the most visually impressive games ever made. And on Sunday we went over to a friend’s house to paint some miniatures, although no miniatures were finished because we were just having a good time hanging out with everybody.

This week we hopefully find the time to play some Village Rails and a mysterious package from Itten Games that might arrive at any moment!

And in case you missed it, we published an extra comic about Beer & Bread last week!

What is your board game-related shower thought? 😉

So War Room was visually impressive…how was the game play? And did Heinze get to use those push rods to move pieces around the ginormous map?

The gameplay was pretty smooth for how much is going on. Plus the combat is a good balance between being able to making choices but being very quick to resolve at the same time. We did use the command staves to push units around! 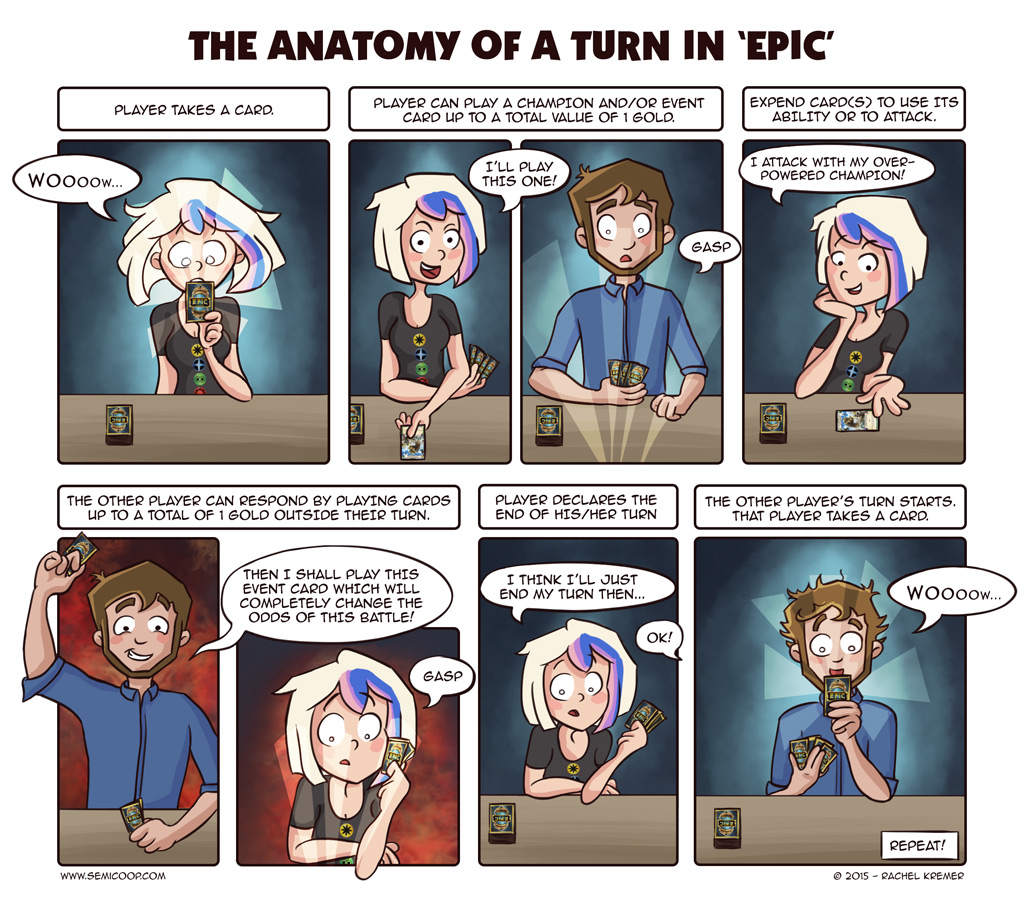