And… we’re back from our two-week break! I’d like to once again, thank JJ Sandee and Jonathan Ying for their amazing guest comics. 😀 I actually had time to play some board games the last two weeks! That was refreshing. 😉

Not some board games, quite a lot actually. From the top of my head: Arkham Horror the Card Game, Bargain Quest, Sheriff of Nottingham, Illimat, Hive Pocket, Santorini, Agricola: All Animals Big and Small, London, Eldritch Horror, Escape the Dark Castle, Race for the Galaxy, Century Golem, Small World, Odin’s Ravens and Jaipur!

This week’s comic is about A Fake Artist Goes to New York, a fun little party game by Oink Games. One player is the Question Master and thinks up a theme and the exact subject of the drawing that players have to draw. The Question Master hands out cards to all the players with the subject written on the back, except to the player that will be… the fake artist! He or she gets a card with an X written on the back but has to pretend like they know precisely what they’re contributing to the drawing. The Fake Artist only knows the given theme, like animals, food, etc. All players get to draw to two lines on the picture and then, everybody has to point out who they think was the fake artist that round.

Something completely different: We’ve been seeing a lot of pictures of Root all over social media and we can’t wait to receive our copy! We’ll probably receive it within two or three weeks. Exciting! Even Heinze’s brother in Australia already got his copy and was teasing us with pictures. 😉 … soon!

Toss up between Love Letter (which is a wonderful game for taking off to the side of a party for fun and fits perfectly in a pocket) and Cards Against Humanity. I have simple tastes.

What?! That was totally a cat!

I actually just recently got Dungeon of Mandom VIII from Oink Games (it’s the same content as Welcome to the Dungeon and Welcome Back to the Dungeon, but in a much smaller box), and this comic convinced me to get Fake Artist as well… and Deep Sea Adventures, since it’s another of their highly-rated games. They seem like a great publisher for light (in rules and mass!) party games to tote around.

In this game, players will together draw a picture of a subject that is set by the Question Master. One of the players doesn't know the subject of the drawing and will just have to draw along as if they know what they're doing... Will the Fake Artist get caught? Support us through affiliate links or visit and support your local game store! Amazon.com 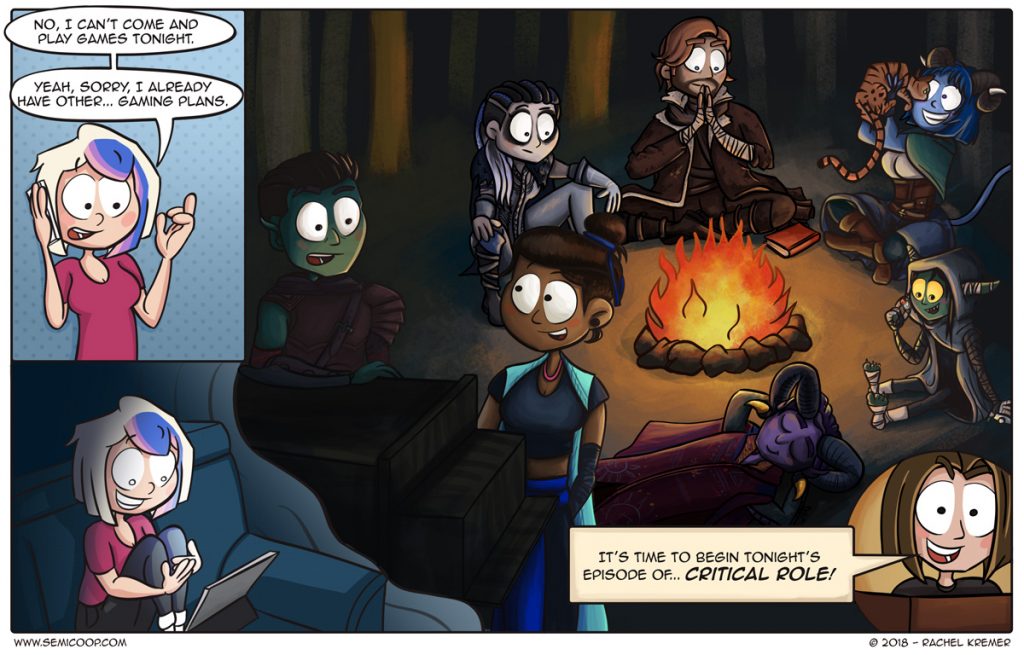