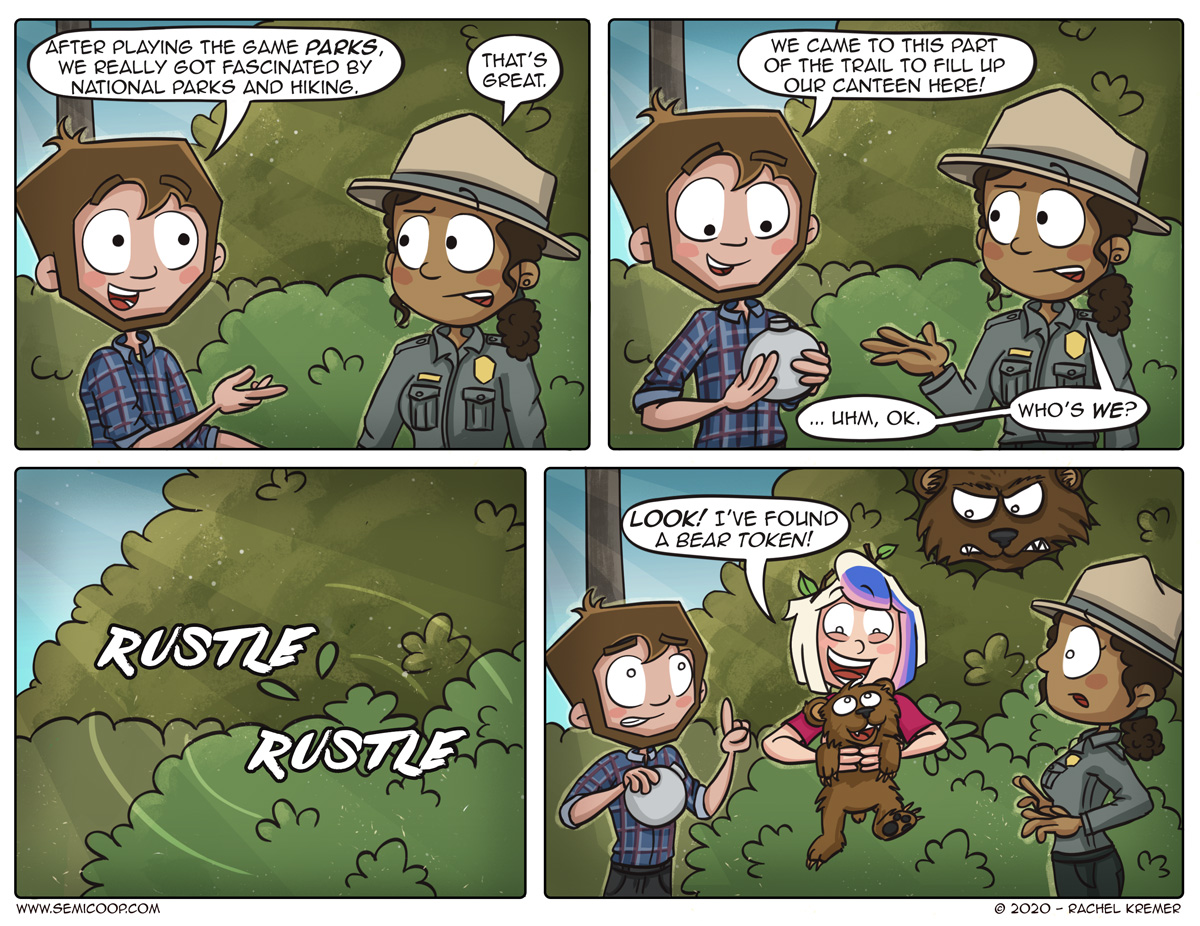 National parks are great in general but Parks the game is also something that we can recommend to a lot of people! Parks is one of the three games we bought this year at Spiel and we, and everybody we played it with, really enjoy it. It’s about walking a trail and gathering resources to collect park cards. Everything in the production is of incredible quality, from the art, the insert and even the first player token is pretty enough to be hung in a museum. The game also seems quite relaxed until a few moves in and you realize it can get quite passive-aggressive while you’re refuse to move one of your hikers so other players have to give up their precious campfire to be able to get to your space.

This week we’ve played our thirtieth game of Gloomhaven which ended in retiring the last of our original party members. It’s going to be interesting to see what it does to our strategies because our new party composition is very different from our original line up so we’ll have to approach the game in a completely different matter. We’re nowhere near the end of the campaign though, as it seems the general consensus is that you have to play about seventy games to complete the storyline and we’ve been doing a ton of sidequests so far, so I’m guessing we won’t be done in time for “Jaws of the Lion” or “Frosthaven”. 😋

We’ve also started playing the King’s Dilemma which was a blast. The game is pretty much a legacy campaign in which you play as the small council in Game of Thrones. Horrible Guild gave us an additional demo scenario that they use at cons so we could talk about our first game without being afraid of giving spoilers. In our demo scenario, we let a heretical upcoming religion blossom as we thought organizing a religious tribunal would be a waste of resources. The result of our negligence was a bit bigger than we expected, with financial support from a neighboring country, the religion founded a university in our capital which held wasteful feasts because it turned out it was a doomsday cult. To stop the spread of this cult assassinating the ‘prophet’ seemed the most logical idea but things got complicated when it turned out when the prophet was a marquis from the same house that Rachel was playing. Fierce discussion and political shenanigans were pulled to pass the motion for assassination and the political lines seemed to be drawn for the next few games because of this matter. We had a great time and everybody is looking forward to the next session which we’ll have in two weeks.

This week, we have no concrete plans yet what we’re going to play but we’ve been making a list of what we really want to play this year. As our collection grows it seems some great games are not getting the attention they deserve. On the list are some older games like Robinson Crusoe and Eldritch Horror but also some newer games like Architects of the West Kingdom and Western Legends.

What your favorite nature-themed game?

Is Mountains of Madness a Nature-Themed Game? After all we try to climb a mountain. Seems nature enough to me.
If not, then I would say Eco Links. That`s a small tile placing game in which you have to build paths to bring the Animals that got separated back together. It`s cute and easy and just the game we go to between some heavier games.

Planet, it’s a great game for non gamers because “Look at this crazy ball! Its covered in magnets! We’re gonna slap those other magnets on it, and make a weird looking world!”

I like how Wingspan teaches you about birds without that being the focus of the game.

In parks, players will take on the role of two hikers as they trek across different trails. When a hiker lands on a site along a trail they will receive tokens which can be used to collect park cards which are worth points. The games look amazing and use the delightful art of the 59 parks print. Support us through affiliate links or visit and support your local game store! Amazon.com 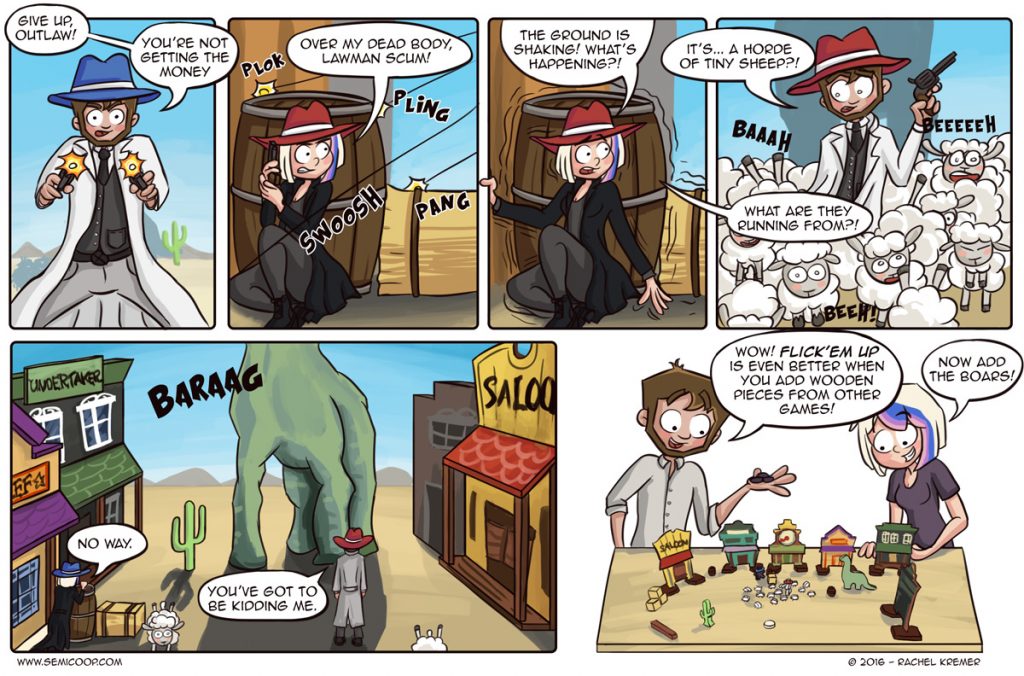