Tail Feathers is such such such a smart and beautiful miniature game! All the tiny details fit completely in the rich theme of the game and a part of us is holding back -not- to paint the impressive miniatures. Why won’t we paint them? Time and discipline! We’ll end up painting two or three miniatures and the rest will look boring in comparison. Luckily for us, the miniatures even look cool without a layer of paint. 😉
Just like in the comic I was rather surprised that the game is not more popular. We do think it is rather complex, not that it is very difficult, but there is a lot to consider for players while playing. Then again, I think the game becomes much easier and quicker when you play it more often.  So I guess that’s just what we need to do! It’s way too much fun to fly around with those big birds and measuring the range with a stick that looks like a magic wand. Wingardium Leviosa!

Oh yeah, we’ve beaten the first scenario of Robinson Crusoe, hah, take that.. game! We managed it after three tries. It was a matter of finding the right strategy and having a little bit of luck. We’re curious about our next adventure. We’ve reduced the setup time of the game quite a lot with our self made insert. I’ll make sure to show pictures and show you our other insert-project in next week’s post.

Which game would you like to ‘reskin’ to make it more popular than it is right now?

There actually was a Pokémon miniatures game. It flopped before even getting one expansion. Got revived as a digital app recently, though.

Also don’t forget it came out and then they were bought by asmodee and why make your own competing product. So i imagine that purchase and it not taking off was the reason.

Would love to see the insert for robinson.
I am currently waiting for the one that shall be made by the broken token, thats why i did not make one myself. I also beet robinson recently (first senario solo) its a mix of luck and strategy, i got ahead of the curve, had a level 4 roof en produced 2 wood and 2 food, and gatherd 2 wood(thx to items). Fryday was a great help, the dog not as mutch.

Hello
Warfighter a wargame wich plays with cards (dvg games).
If you reskin it with a med fan theme, i’m sure it’ll mais it.

Based on the picture, I think the cat is also interested in this game. Perhaps not in the same way a person would be interested, but still.

As to a game that I would have loved to see a reskin to make it more popular?

Sentinels of the Multiverse. Love it to bits, and I know it’s pretty popular on it’s own, but with Marvel or DC branding, the simple core concept and the fact that it is a co-op game makes it wonderful fun for a game night with friends.

Look up to the skies and see giant birds soar by and engage in fights with each other or with rats and mice in the branches of the trees or troops on the ground. In this skirmish game set in the world of Mice and Mystics players fight an epic battle between mice and rats on their loyal winged servants. Support us through affiliate links or support and visit your local game store! Amazon.com 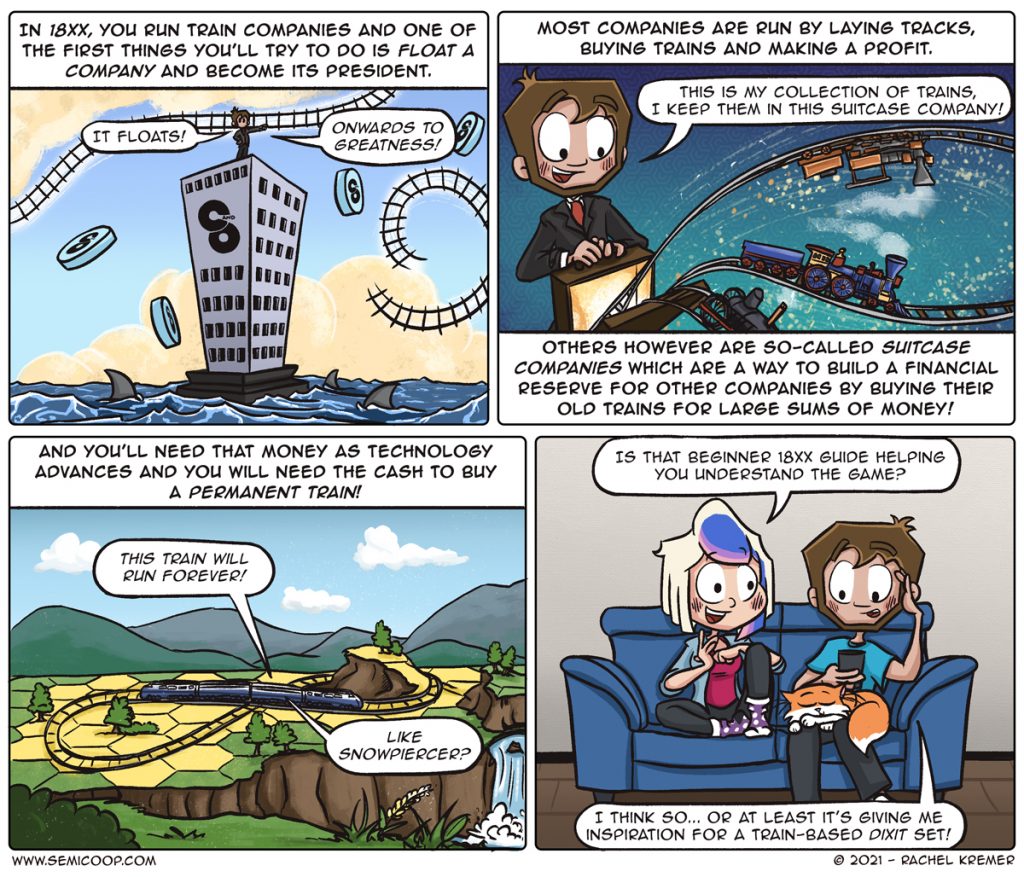