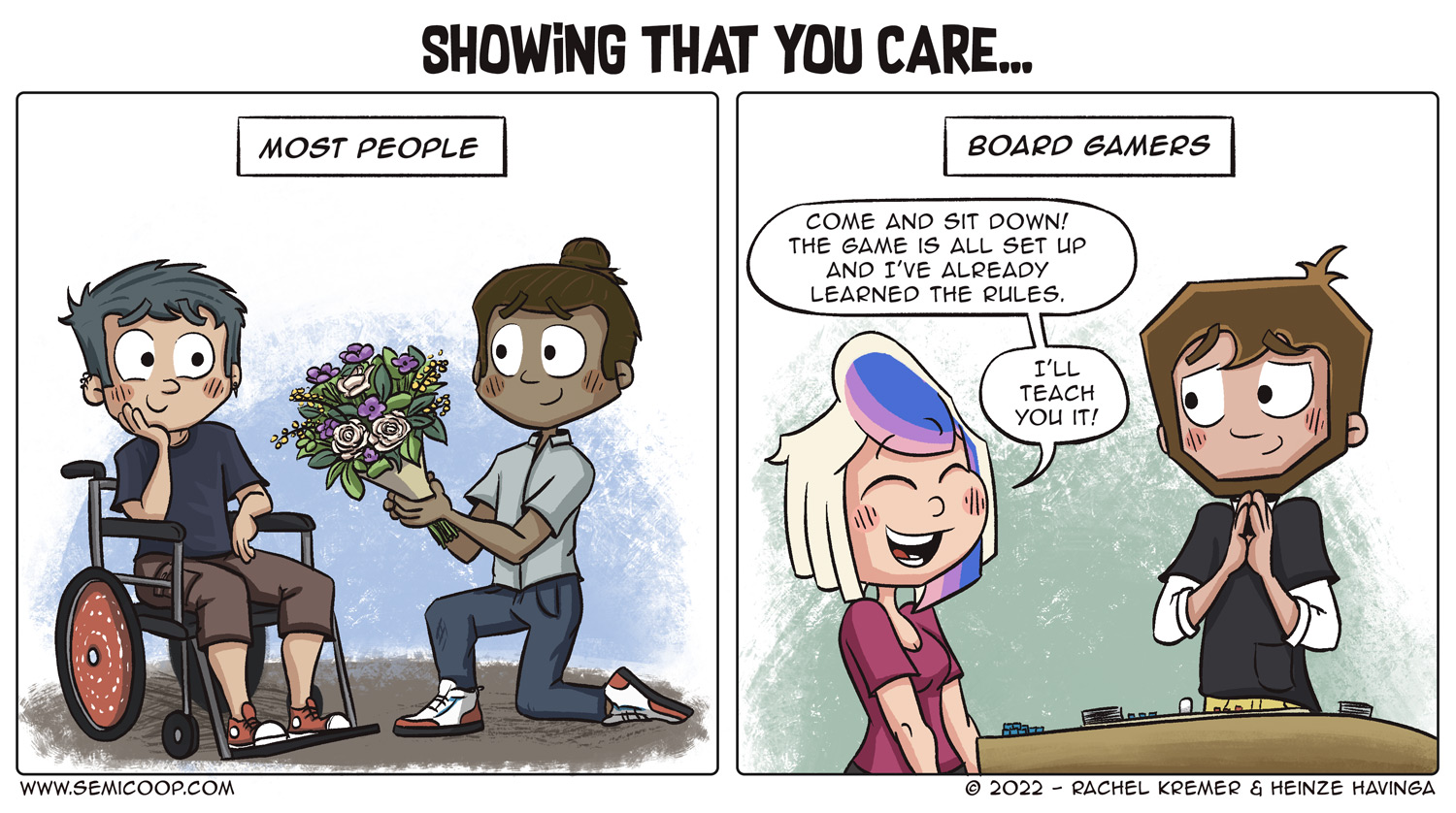 You don’t need big gestures or expensive gifts to show that you care! Sometimes taking the load of somebody can show that you care even more. In my case, that would be learning the rules of a game and explaining it to Heinze instead of the other way around. 😉

Last week we played a game of a soon-to-be-published game, but we can’t tell you about it yet, bummer! 😮 We can say that we really enjoyed our first play and are looking forward to playing it more soon and telling you about it.

We didn’t do a whole lot of gaming this week, we joined in a casual competition in our boulder gym and went to an art-tech festival Gogbot in our city. Yesterday, however, we actually played a mini tournament of the smaller Ticket to Ride editions with a friend of ours.

We started the afternoon with the three versions that we collectively owned, Amsterdam, San Francisco, and London. Seeing the three laying on the table… we all kinda felt it was a shame that we were only one short of the whole collection. So we made a deal and went to the store together to pick up TTR: New York and the player who won (scores of all games tallied up) would have to pay for it. Does that make sense? No, not really… :’)

The first two games, Amsterdam and London were in Heinze’s favor, Ruud and Rachel were left behind as he ended the game one or two turns earlier than expected (classic TTR 😅). After a break and walking to the store, Rachel came back hard and won San Francisco and New York. But not hard enough for the scores ended up being 136 points for Heinze, 134 (!!!) points for Rachel, and 100 points for Ruud.

It was cool playing all the different versions in a row, it did give us a clear view of the differences between them, with the most remarkable detail being that the newer the game… the more “trains” it has. So the little TTR games seem to be expanding?!

What’s the most romantic board game-related thing you’ve done? 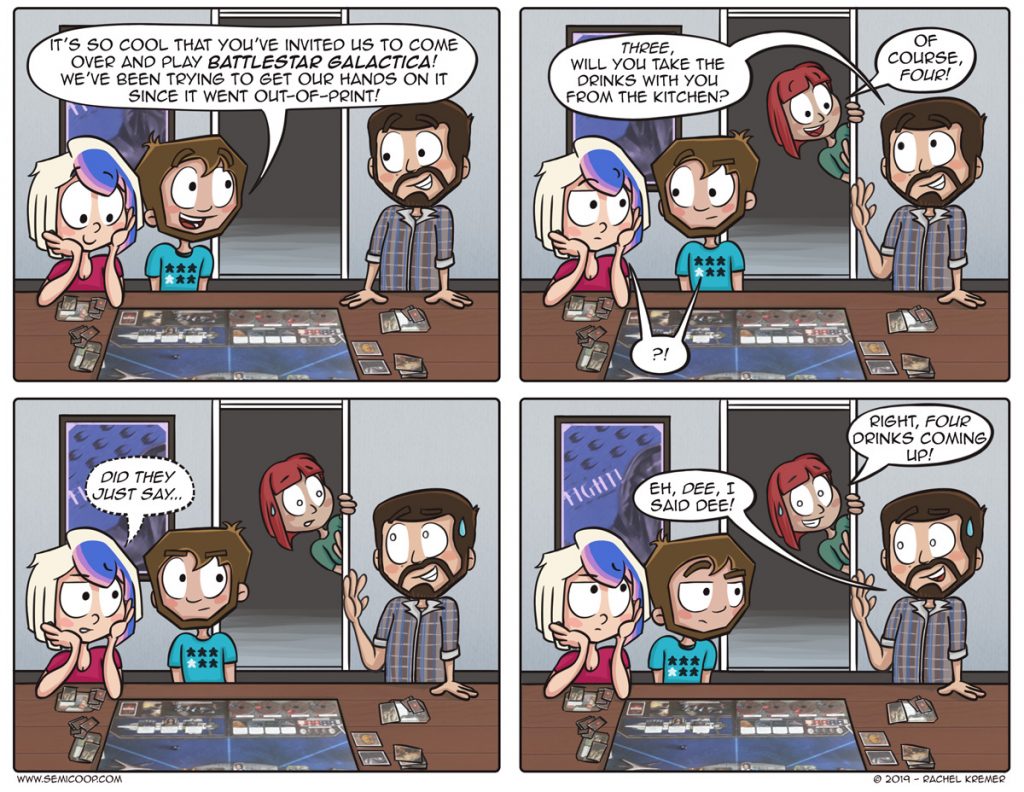