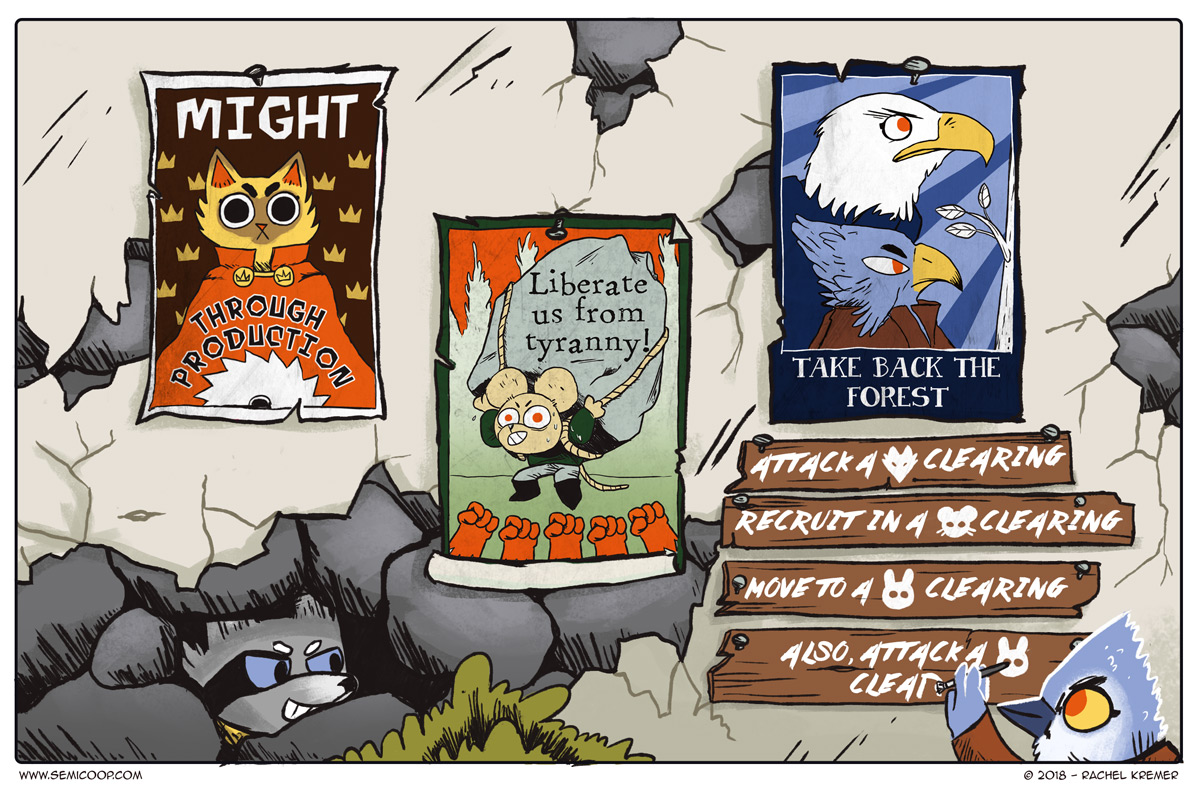 It was a great joy to dive into the visual world of Root for this comic! Kyle Ferrin is an amazing artist and did such a fantastic job on Root. I had a ton of fun analyzing his art style and making this tribute. Heinze came up with the awesome slogans for the different factions and this was my first time designing propaganda posters and I think they turned out really cool. 😀

In Root, players play as different factions that are trying to become the ruler of the Woodland. All the factions have their own ruleset, making this is a so-called asymmetrical game. Playing as the birds, the Eyrie Dynasties, Root will be like a programming game. You lay down cards and you NEED to be able to do the actions or else there will be turmoil and your leader. If you ‘promise’ to battle in a certain clearing, but there is nothing to battle: that’s a faulty promise and that will cause turmoil.

Root is not an easy game, certainly not to explain to new players, but we really enjoy it. 🙂

—
Last Saturday, we were invited by 999 Games to visit Spellenspektakel here in The Netherlands for the first time. We had a great time and it’s great to see how many people visit such an event within our own borders. Understandably, there is a great overlap with Spiel, looking at the games, so the event was a little less interesting for us looking at the games. What we liked the most about the event was seeing friends from the industry again. And Portal Games offered us a table to organize a meet & greet! We don’t have that many readers in The Netherlands but ended up having a good time at the Portal booth nonetheless. Thanks so much for having us guys!

We also finally bought ourselves a copy of the game Ruthless! We have demoed it this year at the UKGE and really liked it. So we played it again in the open gaming area of the hotel across the street Saturday night together with Dave from TheHappyLuza, ruthlessly commentated by Roland from Roland’s Revenge, the designer and artist of the game. That was a great experience. 😉

Behind the Semi Co-op scenes, things are brewing and cool stuff we’re really excited about will be announced later this week. Keep an eye on our social media this week to stay up to date!

What’s your favorite faction in Root?

So, uh…where do I order a print?

I wish this game was realistically obtainable. Though I heard from the author that localizations are in the making and will – most likely – include the expansion content. If that’s true, then given the exorbitant price of the english version I’ll just happily wait for the german one!

I loooved playing the otters, it was awesome controlling everyone’s ambition

All the factions are really cool due to their asymmetric nature. But I enjoy playing the birds since they can be very aggressive. Strike quick and fast. Looking forward to the 2nd expansion! 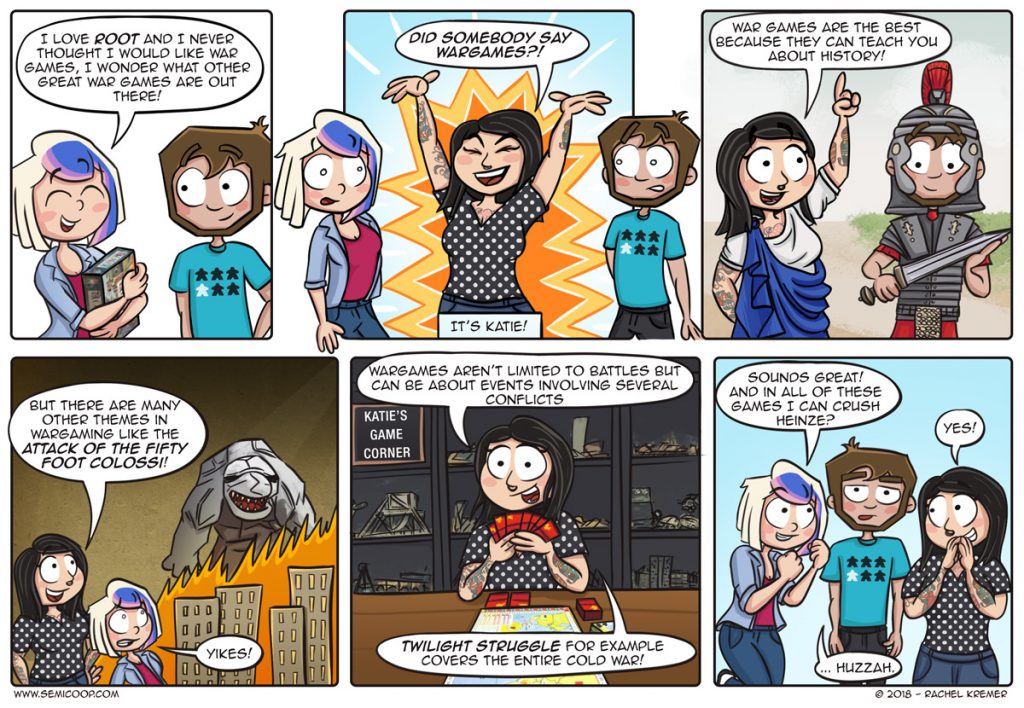