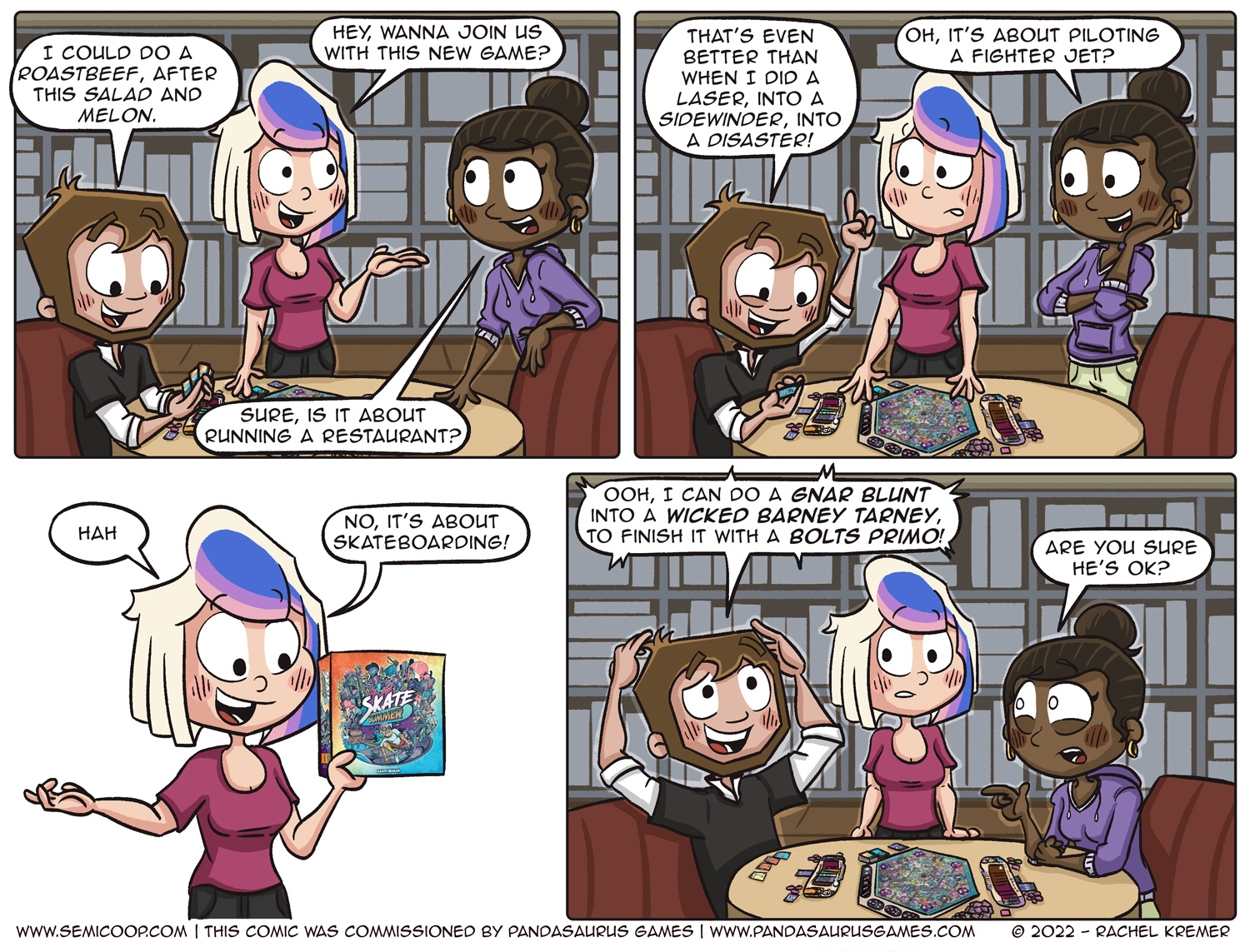 Have you ever dreamt of being a Pro Skater? Did you devour the Tony Hawk video games when you were younger? Well, then Skate Summer may be the game for you! This skating board game is live on Kickstarter NOW through February 11!

Prove yourself as a Pro Skater, by playing trick after trick, trying not to bail. But the longer you stay on your board, the harder it is to keep your balance! Leave your mark around the board, collecting secret tapes, S-K-A-T-E-R letters, and more!

The object of Skate Summer is to score the most points by doing trick combos, collecting goal tokens, and visiting S-K-A-T-E-R locations. The game is played in rounds. Each round has the following phases:

1. COMBOS: Players simultaneously play trick cards, earn rewards, and roll dice to check their balance.
2. SKILLS & POINTS: Players simultaneously improve their skills and score points for combos.
3. MOVES: Players take turns navigating the park, picking up goals and gear.
4. ROUND END: Each player resets their board and draws up to their hand size, then the “Pro Skater” first player marker passes to the left.

If any player’s score has hit or passed the endgame token at the end of the round, the game ends and players count up their endgame points. The player with the highest score wins!

Back the campaign today!

Finally, become a Pro Skater but within the comforts of your own home and with the safety of cardboard! Collect all the S-K-A-T-E-R upgrades and show off your best tricks. For more information, check out the Kickstarter page! 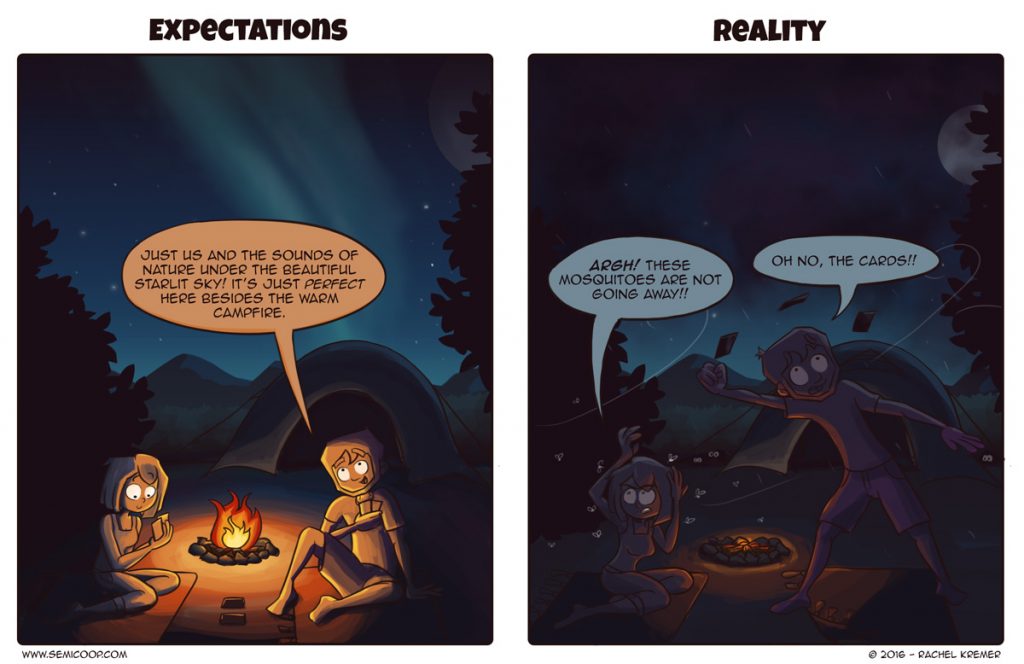