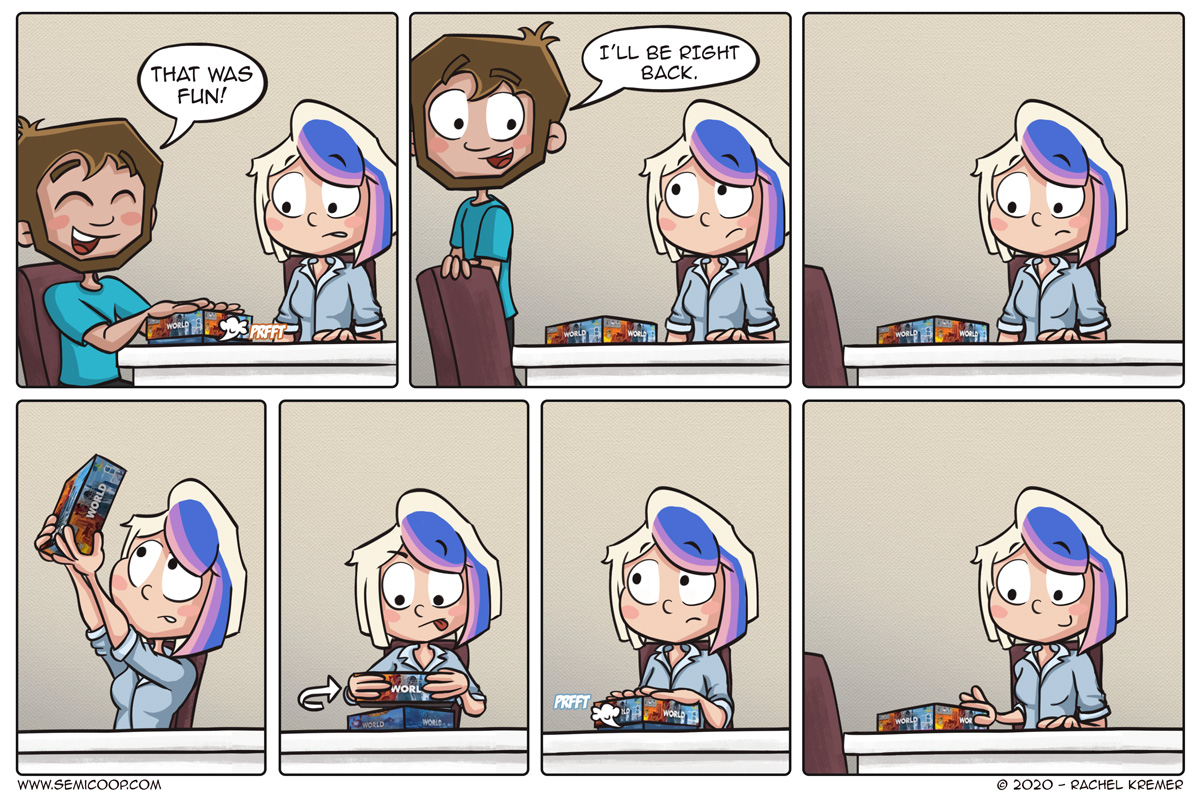 Not all our comics are based on real-life but in this case, it’s 100% true. Rachel can’t stand it when the lid of a box isn’t rotated in the same way as the bottom which often results in the exact events as pictured in this comic. We store most games in such a manner that you’ll never notice if the box is the right side up but Rachel has to do it every time.

How are you doing? We hope you are still washing your hands, staying inside as much as possible but also making sure you have some fun in the meantime to keep your spirits up. We’ve starting to really miss our gaming groups so we’ve experimented with playing Quacks of Quedlinburg over Skype this weekend which worked really well. We’re also looking into trying services like Tabletopia and Tabletop Simulator which seems to work well for a lot of people on social media.

This week we’ve gotten a little more gaming in as we decided to join in on the #dailyGamingchallenge in which you play one game every day. So far we’ve played London 2nd Edition, Dragon Castle, Quacks of Quedlinburg and Dice Throne. It helped to get our gaming back to “normal” although we can’t seem to find the energy to learn new games due to stressful daily lives.

Speaking of new games, there have been a lot of games that are being offered for free or Pay-What-You-Want during this period. Cool-Mini-Or-Not is offering Xenoshyft completely as a Print-And-Play and Osprey Games is offering Frostgrave and some co-op and solo scenario’s for free. If you like RPG’s more, our good friends from Upto4Player are offering their Savage Worlds setting Crystal Hearts as Pay-Want-You-Want. If you look around on the web you’ll find more examples of this so if you are getting a bit bored with your collection – it’s worth it to look around!

What weird quirks do you have when it comes to board games?

I’m playing asynchronously on Yucate.de for many years. Now they had to buff up servers because of 4x or more users 🙂

…he’s a monster.
I get a few minutes of discomfort when receiving a second hand game in the post that is oriented incorrectly. It’s been like that for a least 3 days 🙁

But were the instructions oriented correctly inside the box? 🙂

I am the same way with boxes and lids. I even prefer to have the rulebook be facing the same direction inside the box.

Oh My… yip yip yip! lid and back orientation must match for the sake of all that is pure and right in the world 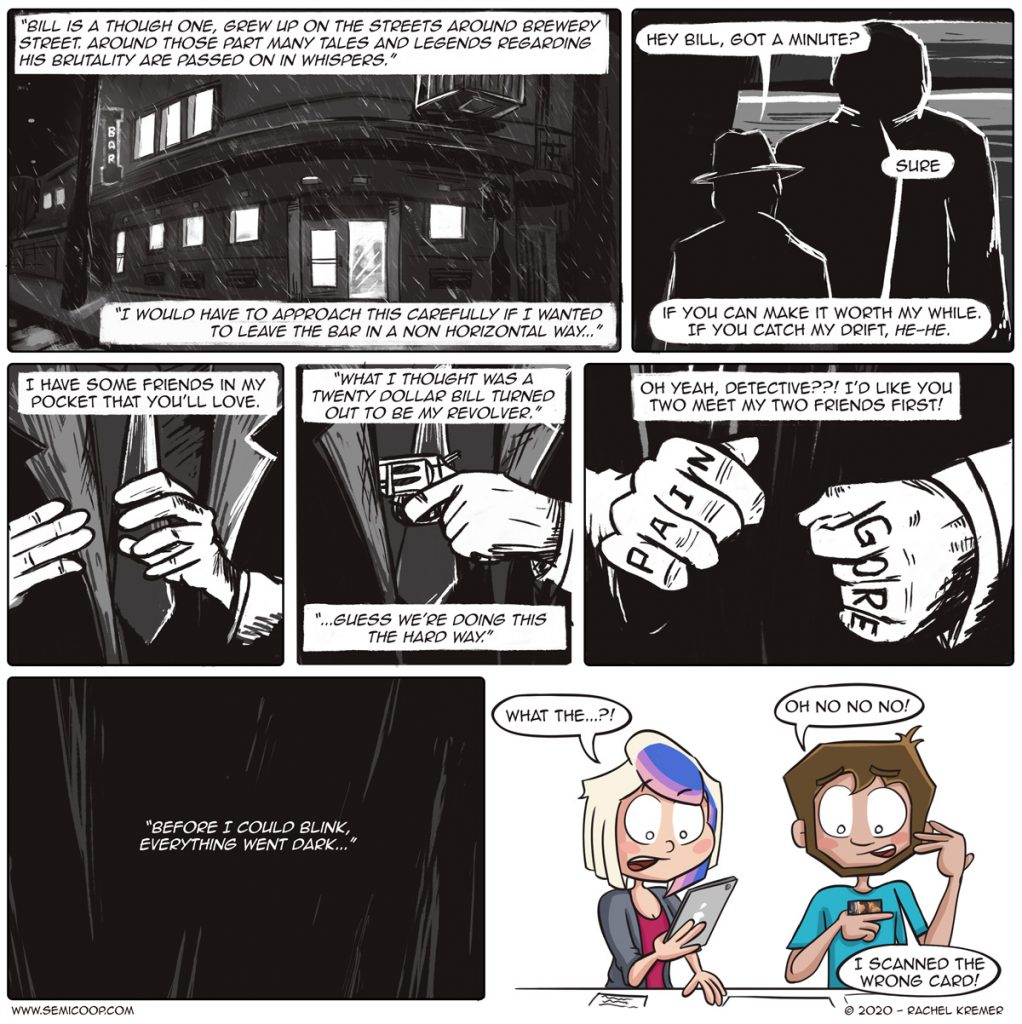