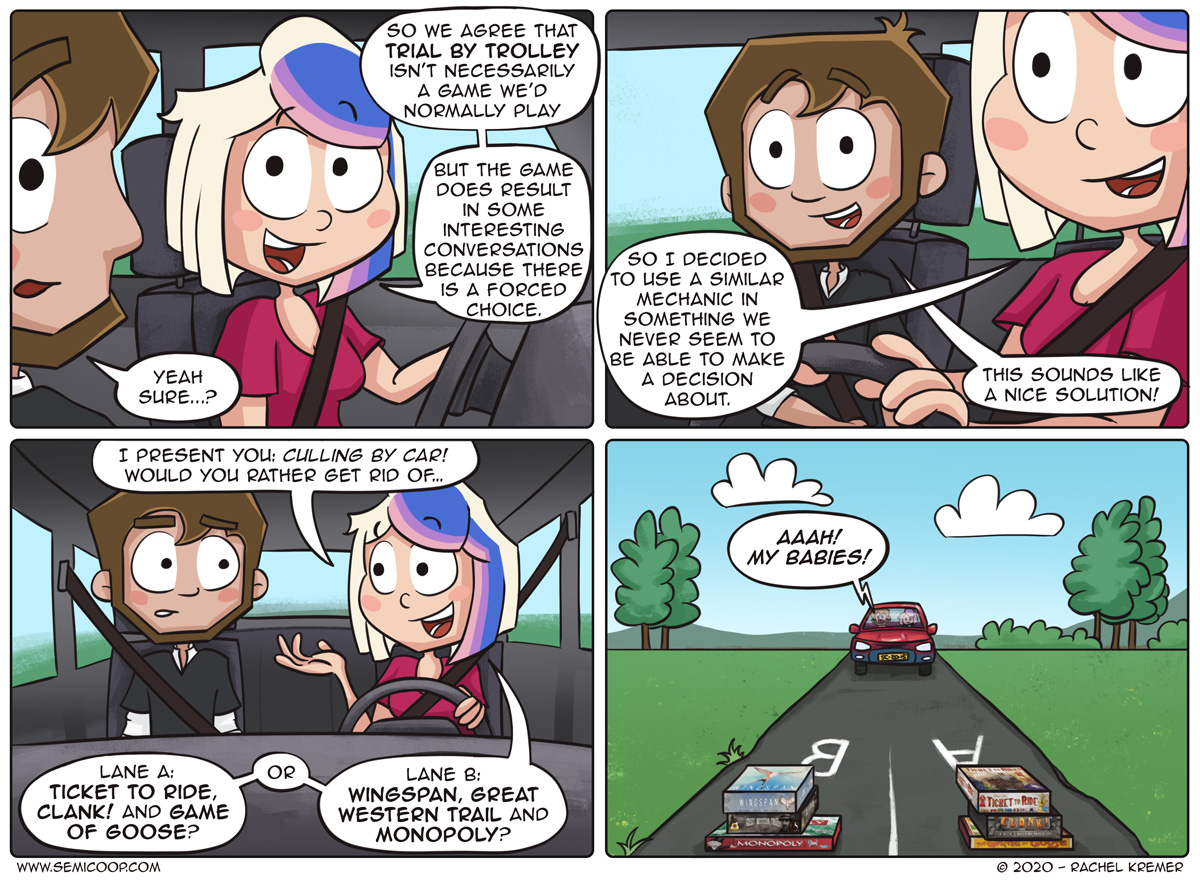 This weekend, we were introduced to Trial by Trolley at our local boulder hall and we had a ton of fun with it. The presented situations and choices were ludicrous and almost made it impossible not to have a good time. Every round a different player takes on the role of the conductor and has to choose which of the two tracks the trolley will take, squishing all the people/things on that track. All the other players are divided into two groups that are different every time. With your team, you first choose which cards will be laying on your track (you want it to as cute as possible, because you don’t want to be run over!) and you get to put an “evil” card on the track of the other team, making it more alluring for the conductor to pick that track. Since the teams keep changing, players actually play for themselves – trying to collect the least number of death tokens. You get a death token if the conductor chose to run down everybody/thing on your track.

What we’ve also been doing this weekend, is working on a making-off or behind-the-scenes video of Semi Co-op! We show and tell you the whole process from sketch to final comic and everything else that needs to be done. We think it’s really going to be a fun and interesting video and we’ll let you know when it’s online but it will probably be in about two weeks! 🙂

In case you missed it, there was an extra sponsored comic last week thanks to BG Stats and another GodTear comic, thanks to Steamforged Games!

Would you rather get rid of… lane A or lane B?

That would be fun to see such behind the scenes 🙂

I was going to say Lane A because of Wingspan, but then I saw Monopoly was in Lane B. Sorry, birdies, but that game has to die.

Whereas I was willing to save Lane B entirely because of Wingspan. To heck with the other games, Wingspan is amazing.

It’s got to be Lane A, Clank! Has the legacy version now, Ticket To Ride has had it’s time, and Game of Goose? Why? 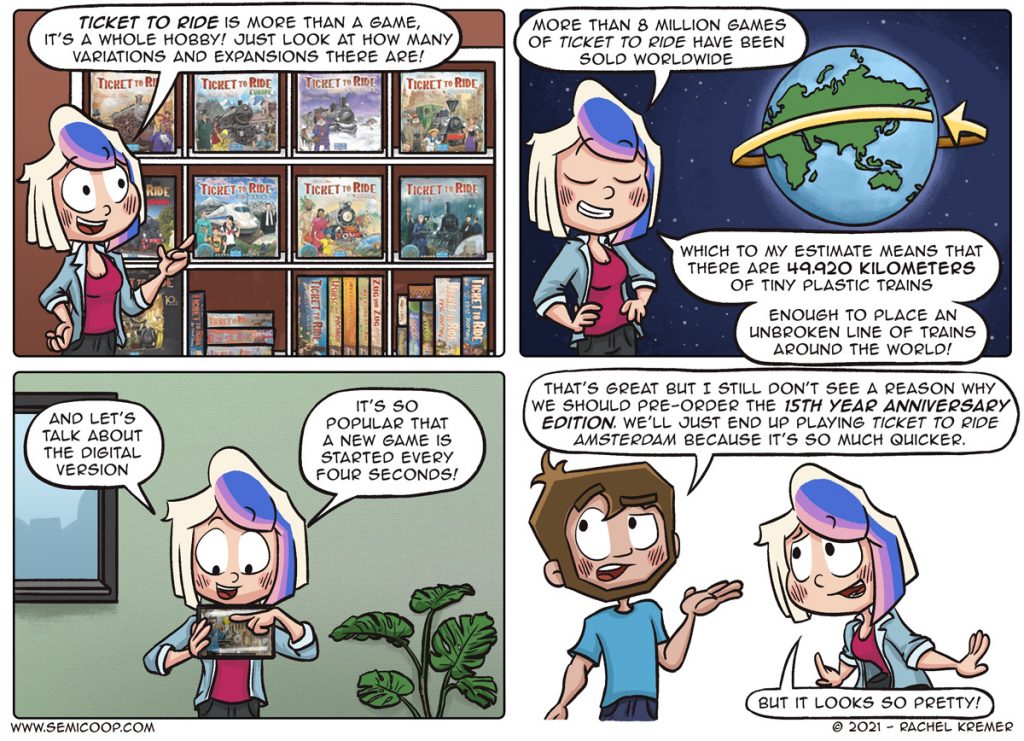