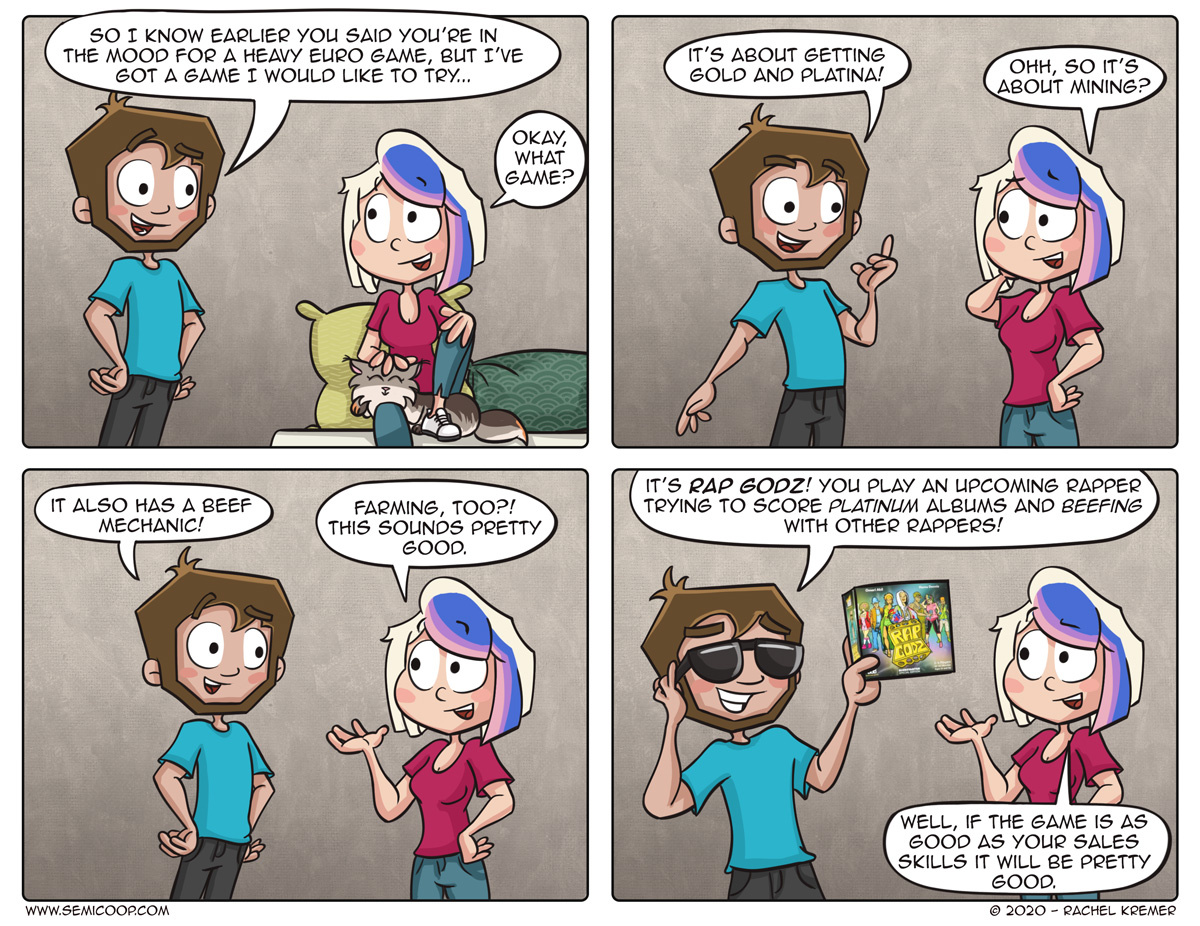 There’s been a lot of buzz around Rap Godz on Twitter because of an incredible fundraising action that was initiated by Danny and it raised over 80.000 dollars!  Amazing job everybody! We’re glad we could help out and contribute a little to a good cause.

Last week, we’ve mostly been playing shorter games and more Tiny Towns… because.. we’ll join in one of the AEG live streams this week (on Thursday, if all goes well) and we would like to have played the game a few times before that and don’t look too silly on the stream.

This weekend we’ve been mostly busy celebrating my birthday! Today’s actually my birthday, but we’ve been having some family over, spread out over different “timeslots” during the weekend. And luckily, the weather was good and we’ve got a garden – which makes the social distancing easy. I’ve been spoiled to bits by everybody, so even though social restrictions, it’s been lovely.

And that’s it really, no exciting news to share. 😀

Describe a game very specifically and we’ll try to guess it!

I have a game about trying to build the best deck, by carefully managing your resources.

This game is about pitching things very specifically, in a way one person would get it long before the others.
For instance : this movie is about a man waiting for the bus but eventually he walks to his son’s home. Oh, and before that he runs a lot.
Another one:
In this game you try to colonize the new promised land, using everything at your disposal from theft to sabotage to nuclear bomb. But at some point, someone ruins the mood with poodles. 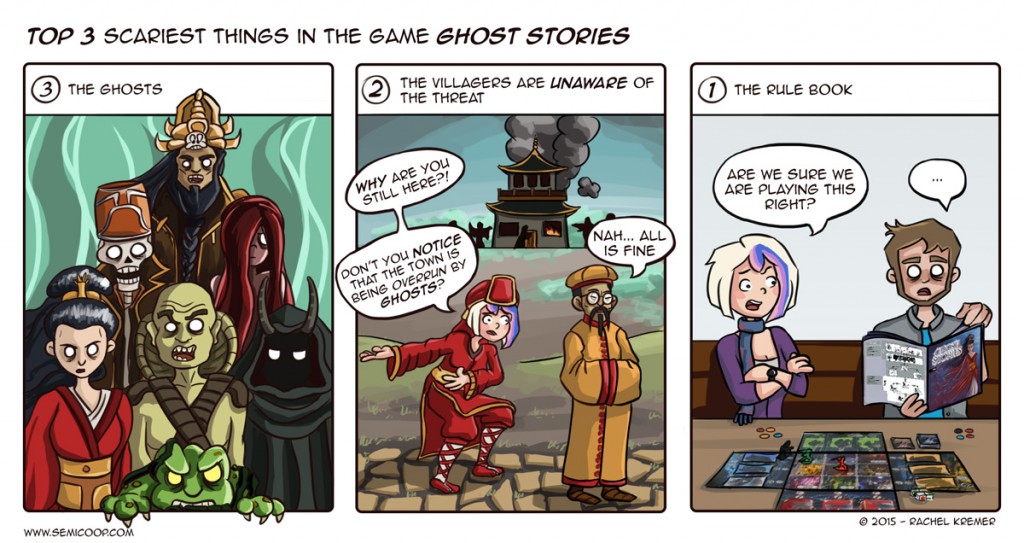