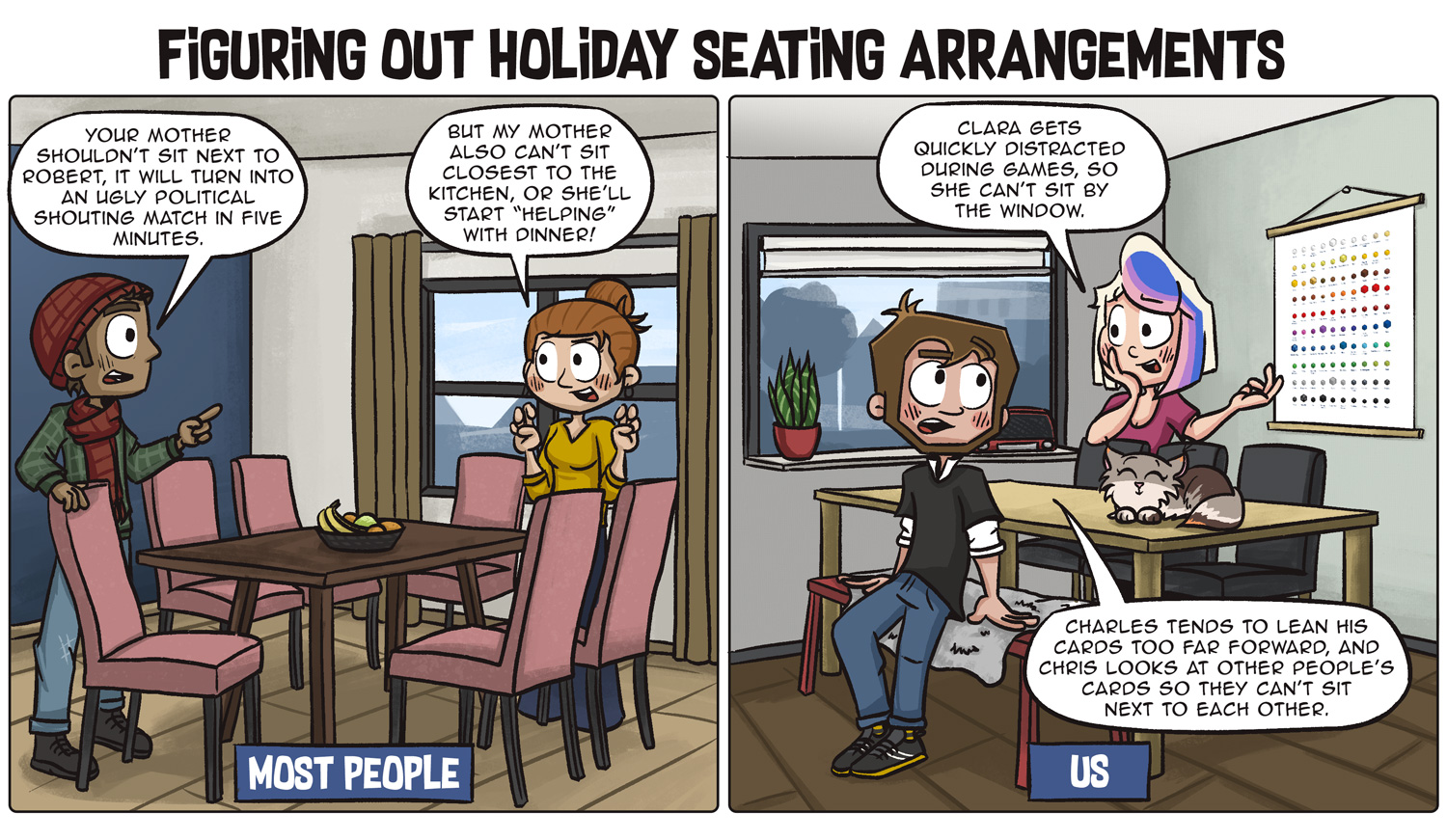 The Holidays are coming up, which means for lots of people that they will spend time with family or friends and maybe get the chance to introduce them to a board game. It’s always tricky to get people excited about board games, so we’re taking this very seriously. 😉

Luckily, our family already enjoys games, we mostly play Dixit while visiting Rachel’s brother and Klask was a big hit the last time they came over to our house. Things like Ticket to Ride are loved as well so we’ll have no shortage of games we can play without having to do a rules explanation, which is great because we didn’t play a whole lot of games this week.

On Tuesday, we started the campaign of the Destinies base game, we had a good time although the friend we played with had a really hard time getting their destinies to progress making it feel he was left out a bit. We’ve decided we’re not going to make it a weekly event but we’re definitely finishing the campaign as the setting is a fun dark fantasy mix of pagan and Christian supernatural tropes and legends.

On Friday we played our first ever game of Zombicide, only to realize it’s already nine years old! We never played Zombicide before and while it is a whole lot of miniatures, the quick downtime and simple rules made it a breezy good time. We’re curious to try different scenarios because the one we played seemed like there was no way to prevent it from turning into a slog halfway through. The number of zombies on the table and the route you have to take make it very hard to get anything done. But we’ll happily gear up and chainsaw some zombies in the near future to see if other scenarios are the same, or that feeling is just part of the puzzle.

I also played a game of 1889 online over at 18xx.games. It’s a wonderful quick and ‘simple’ 18xx game and there is currently a Kickstarter going for the first reprint in years. So if you always wanted to own an 18xx you can use to introduce people to the genre, this one is a great one, although I think I might prefer the slightly more open map of 18chesapeake.

We want to wish everyone a wonderful holiday and we hope you are doing well! We just entered a new lockdown, so we’ll have a little bit more time this week to figure out what we want to play with our family during Christmas…

What’s a good game to introduce during the holidays?

I am dying to know what the poster on the wall in panel 2 is. . do you have something like that in your game room, it looks like it is supposed to be a reference for pieces in different games which if that is available I would like a copy of! But such a true comic!

Iaron is right! We are planning to sell it next year, but we’re still figuring out the logistics of it. 🙂 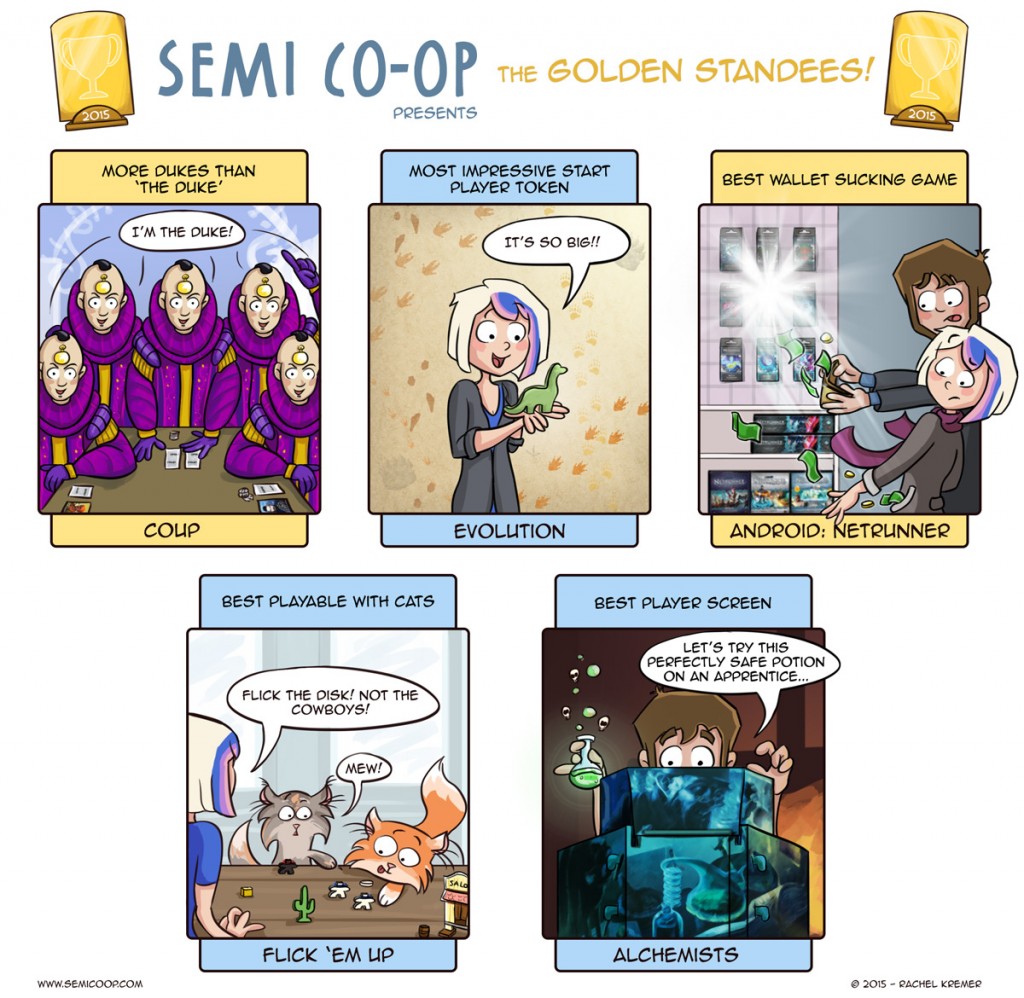