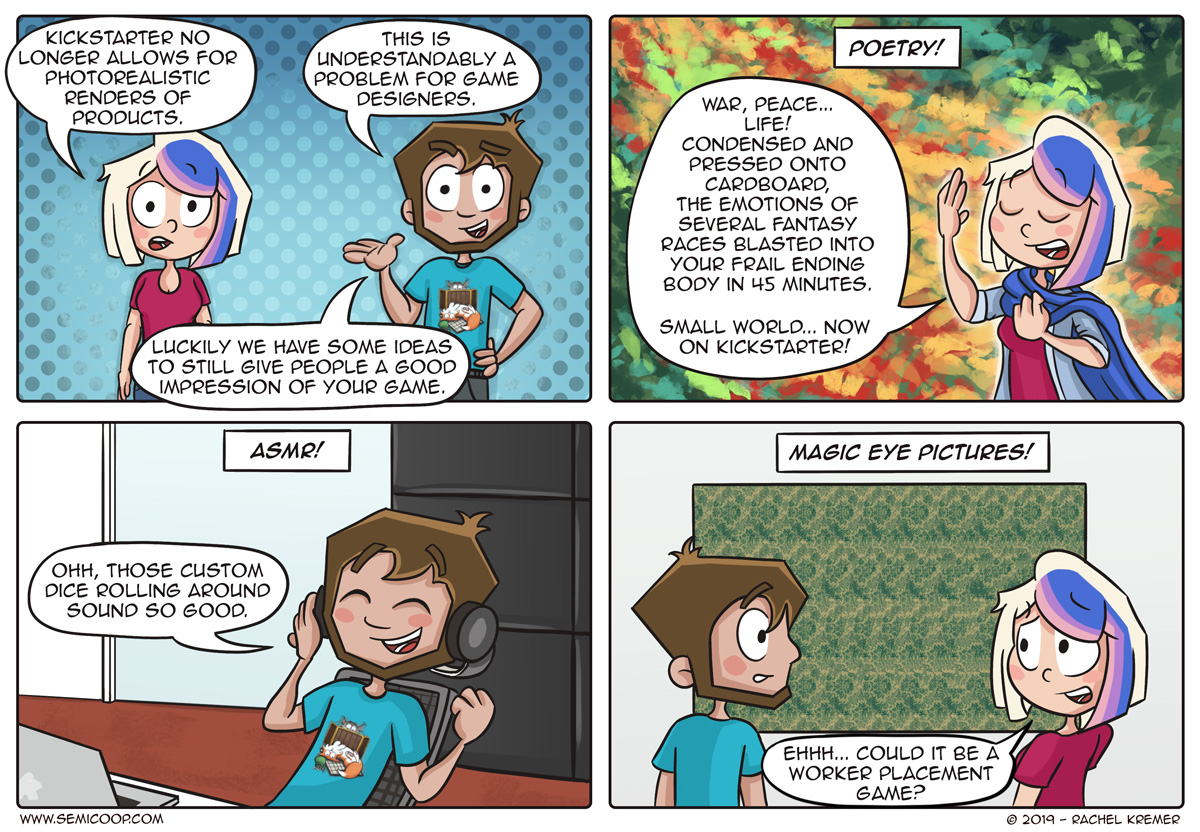 Kickstarter has new rules and regulations on how to present your product to your (potential) backers. You can’t show photorealistic renders of your product anymore, so we took the liberty to help game designers and producers out and came with some original ideas on how to present your game. And yes, the Magic Eye picture in the last frame actually shows a board game component! At least it should, I made it with some kind of online generator. 😀
(btw, note that we don’t know if these new Kickstarter rules really also apply to tabletop products)

Last week we received an amazing package from Corvus Belli that made us blush! So, if Belén is reading this, thank you once again! 😀 Not only were we given their game Aristeia, but also some expansions, fun goodies, and even a comic! We’ve only had the time to play the demo together once, but that certainly was promising! It’s a two-player battle arena game with really cool miniatures and art. If you’d like to know more, you can check out their website. I can’t wait to play it again. I’m taking the entire month of August off, so I hopefully get to play some games then! 😀 And don’t worry, no summer-stop for the comics.

On Thursday we played Gloomhaven and it was once again a rush-level. Whenever the win condition is to reach point X to win the scenario, we always know there is only one way to make it… and that is by running and trying to survive. Those levels often have too many enemies to actually fight them and still have enough cards left to make it to the exit. These are not really my favorite levels because it doesn’t feel like the game was made for rushing like this.

Friday we’ve played Great Western Trail again, but this time with the B-side of the building tiles combined with random placement on the board. This four-player game quickly turned into some kind of slow Monopoly and economic kind of game where it would cost loads of money to simply get to the single cow market on the board for example. For Heinze and me, this totally drained the fun out of the game so we’re going to stick the A-side of the tiles from now on.  🙂

This Thursday, it’s time for part two of the Isle of Cats comic series! If you missed the first one, you can read it here.

Any thoughts on the new Kickstarter regulations?

I’ll take your word for that. My eyes are 20 years older and I still can’t see anything in those pictures! 🙈

Ah, when I click the link to actually depict the whole picture, I can see the *spoiler for Magic Eye picture*! (Inside the comic I cannot. Can anyone else?)

Wait, now I CAN actually see it inside the comic as well, it’s just that my eyes needed to adjust the focus differently.
Nice!
(I love these pictures. Such a fascinating thing.)

I just had this same experience! I was looking in the comic and getting weird peaks and shapes, but nothing that made sense, possibly from the characters overlapping the picture. After looking at the whole picture in the link, I took a second look at the comic and it came into focus immediately!

Oddly enough, I can also still see the image how I first viewed it as well. I must be overlapping the images differently when I do that. I love these kinds of pictures too. 🙂 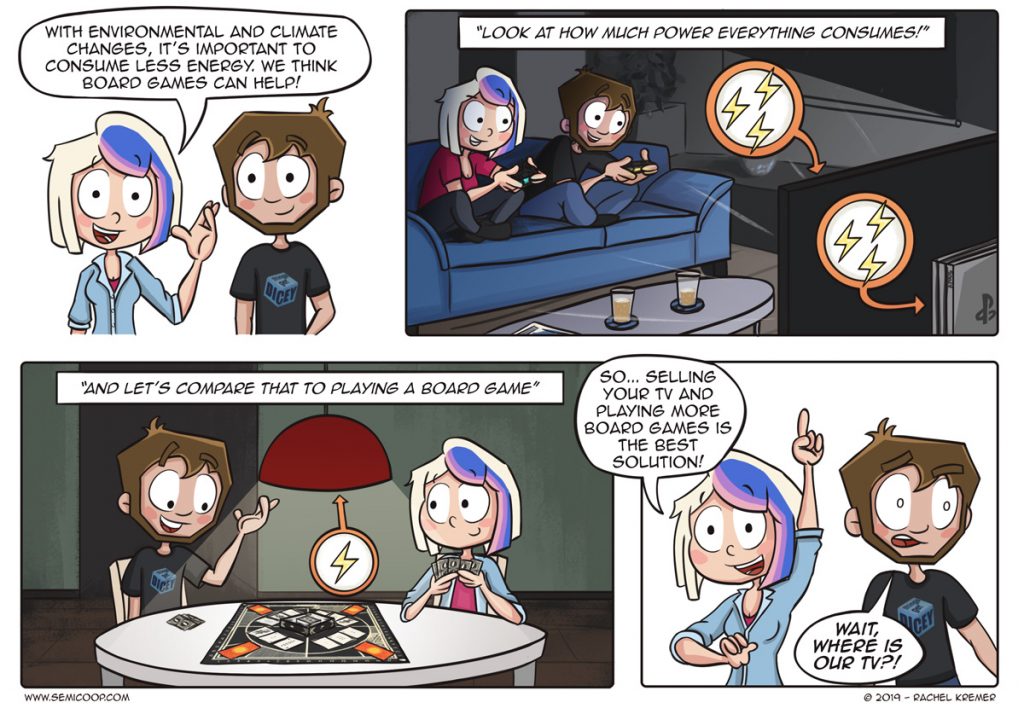