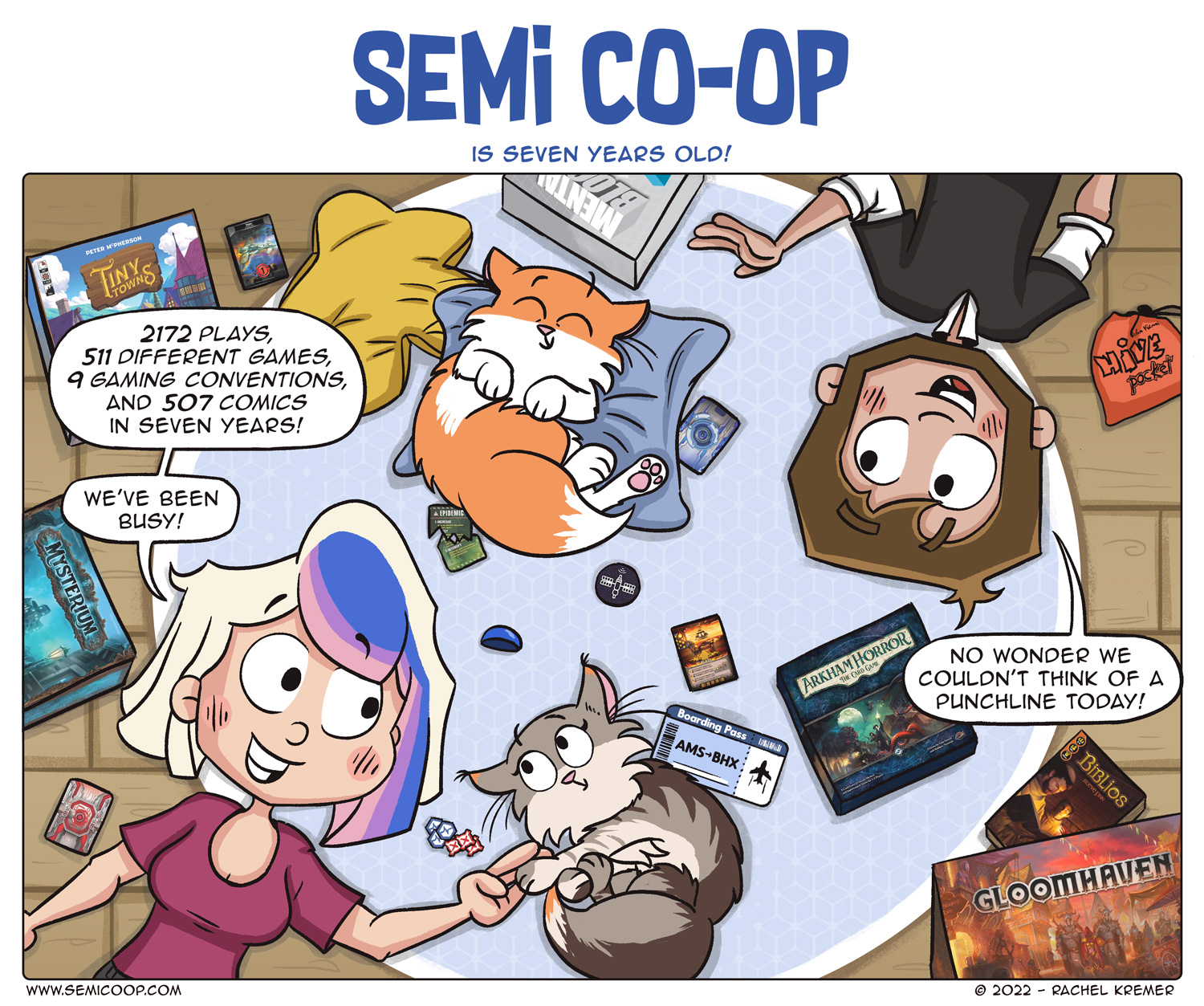 Semi Co-op turns seven years old exactly, today! It all started with Rachel wanting an excuse to draw more character art to improve herself and now we’re (part-time) professional board game cartoonists! I’m not sure we would’ve believed it if you would go back in time and told us that we would still make comics in 2022. But here we are, still going strong and no plans of retirement yet. We’ve depicted 15 of our most played games since the launch of Semi Co-op, either as the game box or components laying around us.

Of the 2172 games we played over this period, we actually played eight this week! We played Sagrada, Riverside, and the King’s Dilemma during the week and on Saturday we visited some friends and played Dixit Odyssey and the Fast and Furious Highway Heist. While Fast and Furious doesn’t sound like to sort of board game that is any good, the people at Prospero Hall delivered a top-notch licensed title once again. It’s a high-speed co-op car chase game in which you steer and ram enemy SUVs into a ‘boss’ vehicle like a tank, semi-truck, or helicopter. It has a lot of dice rolling in the form of skill checks, the game offers several ways to mitigate the randomness and have your car-hopping, SUV-hijacking stunts work out just the way you wanted to.

Because we traveled by train we also got the chance to revisit some of our favorite board game apps namely Paperback, Potion Explosion, and Star Realms. While all the apps versions are excellent we think that Paperback is the perfect word game palette cleanser after Wordle, so we were excited when Tim Fowers mentioned he’s creating a new version that includes a co-op mode!

In case you missed it, we were one of the first people to talk about Skymines last week! We got to play it a month ago and enjoyed it so much that we almost spoiled the announcement a month earlier. It’s a reskin of Alexander Pfister’s Mombasa but it has an added campaign mode. This week we also get to be part of the announcement of another cool board game-related project, so stay tuned! 🙂

How long have you been reading Semi Co-op?

So, let’s stat with the easy ones, the boxes: tiny towns, mysterium, mental blocks, arkham horror lcg, biblios, gloomhaven, hive, that’s 7. I can see a star realms card, a dome from santorini and a destroyed epidemic card from pandemic legacy, that’s 10.
I though that maybe the little place and the ticket were from now boarding, but that does not seem to be the case. Then there are the red/blue cards with similar backs for one more, the yellow card in the middle, and the red/blue chits.
So I know of 10 games, can see four others. Where is the last one ? Somebody help ?

My best guess is they are counting the red and blue backed cards as different games, though I believe both are from Netrunner. Unless the one kitty is a Calico reference. Position is a little similar to the box cover.

Pretty sure the token with the satelite image is from “the crew”. 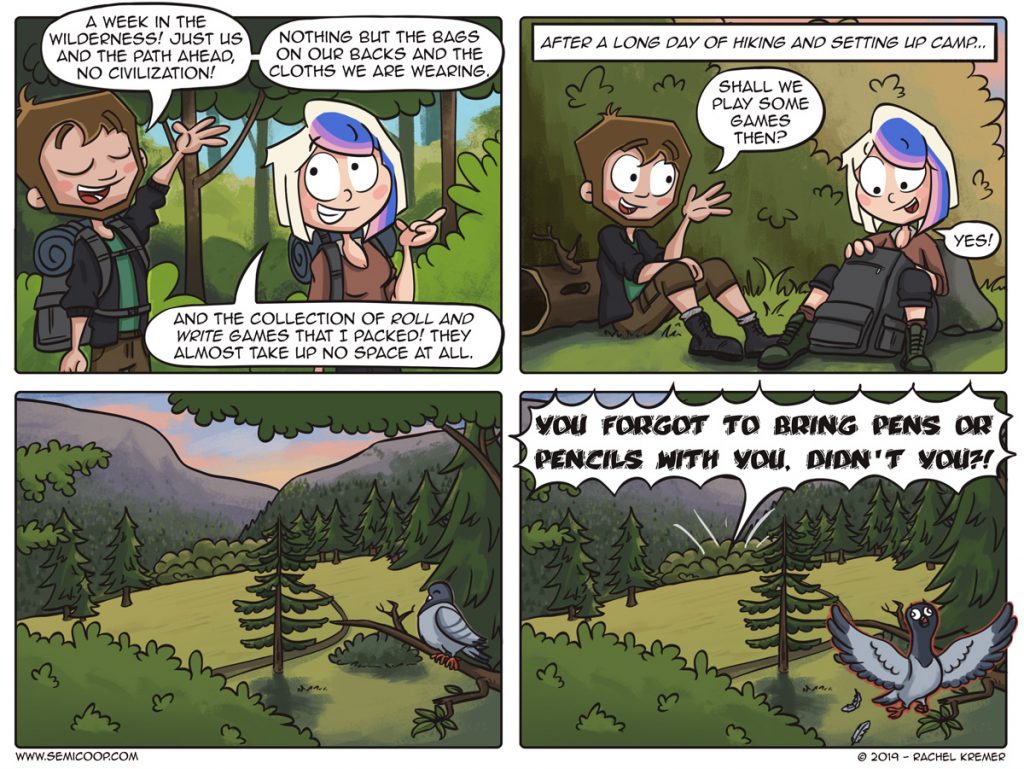