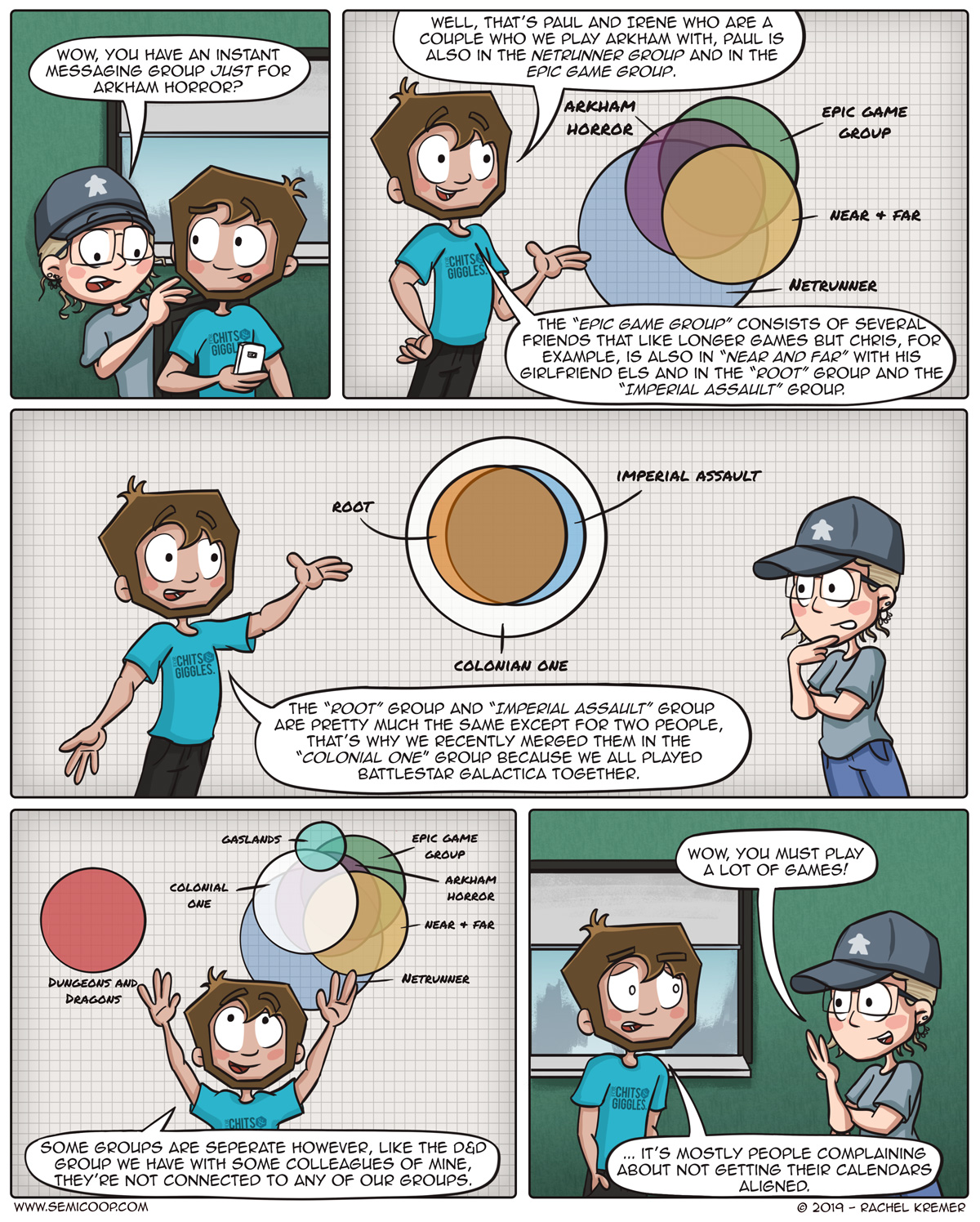 This week’s comic features one of our patrons, Nancy! If you’d like to have a cameo in one of our comics, you can support us on Patreon and you might just win it.

About the comic, this is based on truth, I could show you a screenshot of my Whatsapp and all of these groups are there. :’) There’s a lot of overlap in who is in there and the titles are mostly based on what game we’ve played or which game we’re trying to get on the table. But our common problem is that of most adults: time.

Something I forgot to mention in last week’s blog post is that I bought some really nice board gaming jewelry at Tabletop Gaming Live. I have been looking for more subtle silver jewelry and we found it when we came across the stand of Kasasagi Jewellery! This is not a paid sponsorship or anything, I’m really just enthusiastic about her stuff and would like more people to know about it. Supporting each other as small creators is important. It also gave me a fine excuse to test that 24mm F/2.8 lens that we have for taking some nice close-up shots. 😉

Last week just flew by! Before we knew it, the weekend had already arrived and good for us, we actually had some time to play some games on Saturday and Sunday!

We received two new games from our friends at Osprey Games and we’ve played them both. First up was the Judge Dredd version of Wildlands called Judge Dredd: Helter Skelter and this version of Wildland has fixed some of the design flaws and changed some tiny things. We’ve posted our first impression on Twitter if you’d like to read it! We really like Wildlands so we’re looking forward to exploring what this new box has to offer.

The other game they send us was something we had never heard of before, a two-player asymmetrical card game called Embers of Memory – A Throne of Glass Game. We’re unfamiliar with the book saga, so all the pretty teen characters on the cards mean very little to us. Nonetheless, we were really surprised by the game mechanics and we had a lot of fun with the tutorial and the first scenario. It’s unlike any game we ever played before and being puzzled by this we did some quick research and learned that this is a re-implementation of The Ravens of Thri Sahashri. They’ve added a scenario deck that will change and adds rules as you play through the story of the game. So even though we had to chuckle a little at the art, with literally every character (no matter how evil) look like 18-year-old supermodels, we’re still looking forward to continuing the game. It plays quick and it’s a fun puzzle to solve together. Although, not really together since the players can’t discuss tactics with each other.

We also played Symphony No 9 (finally)! The game surprised us! It’s a lighter game than we thought and the theme is weirdly fun. Also slightly dark since you’re actually planning the demise of famous musicians by making them work themselves to death. We’ve posted our first thoughts on Twitter if you’d like to read more. The only downside to the game is that it’s really not colorblind-friendly, so chances are really slim we will get to play it often with many of our friends being color blind…

That’s it for now, this blog post has become just as long as the comic itself! 😉

How do you organise game nights?

Luckily my board game night is hosted by my FLGS, I just turn up, pay a small “keep the lights on” fee and play with whoever is there.

It has been literal months since I got to play with either of my D&D groups though, I sometimes wish I was the person cancelling, just for the sweet revenge! 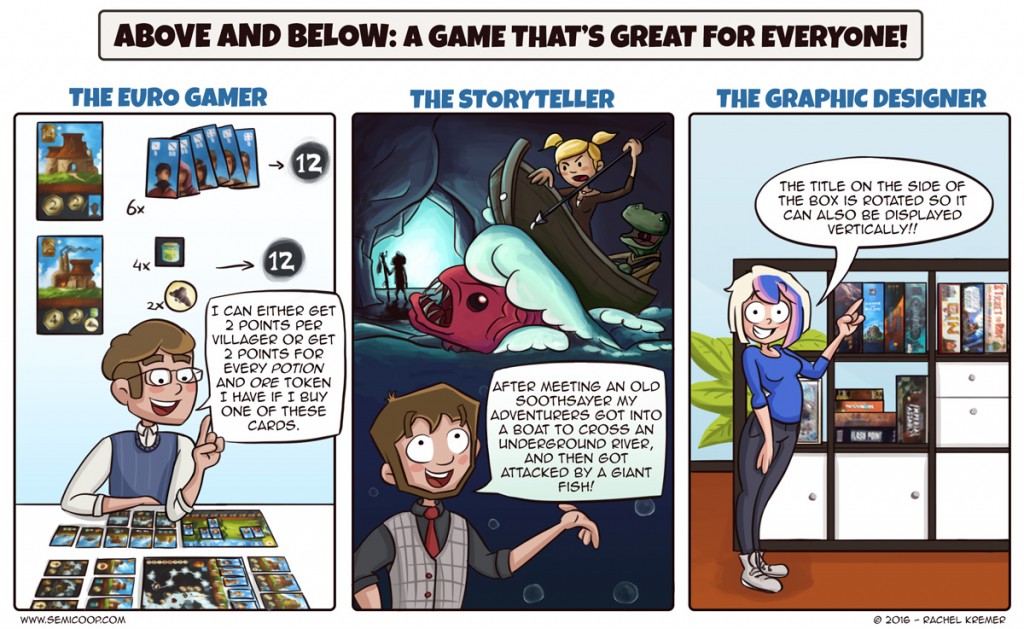