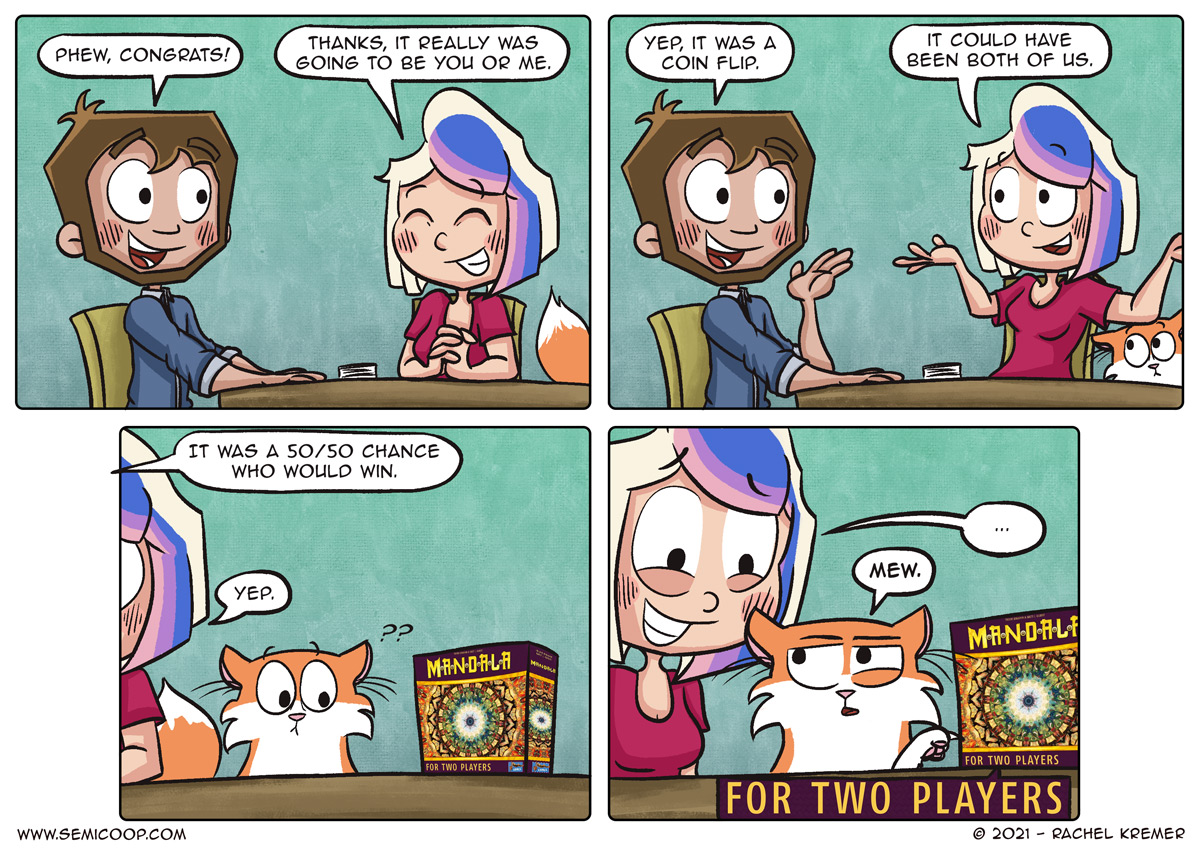 Mandala is a really really good two-player card game, it took a while before Rachel realised how to put together a good strategy but now every game is super close. After our last game, it came down to the last card draw to end in Rachel’s favor which left us both pretty excitedly talking about the game.

A lot of people, at least in the Netherlands, make fun of soccer players that are interviewed after a game. They tend to say very obvious things that are factually true in every situation, not really adding anything to the situation they are commenting on. We caught ourselves doing the same thing after that game of Mandala, so after we said things like “It was really down to you or me” for a few minutes, we realised that was always going to be the case in a two-player game… :’)

Other than saying really obvious things after enjoying Mandala, we played some great games this week. We played the second and third chapter of My City which really improved itself after a slow first chapter. We are very close in scoring at the moment and the different scenarios do a good job of keeping things interesting and do not allow us to keep playing the same way every game. We also played two scenarios of Hack Forward which got us excited about the last one. We struggled hard on the seventh chapter for this first time so we’re curious if the finale will keep up this sudden difficulty. Lastly, we really enjoy The Crew as a three-player game which is nice since it fell flat as a two-player game for us.

Lastly, we played some Chai: Tea for 2 as inspiration for an upcoming comic. The original Chai looks amazing but is a little light for our tastes and we’re glad to say Tea for 2 is a little more complex while retaining the charm of the original. You can play it on Tabletopia right now to see if you would like to back it on Kickstarter when the campaign starts in the near future.

This week, our Gloomhaven campaign returns because of the curfew ending in the Netherlands! It’s going to be our first game since January and we both will be playing new characters which always is a bit scary.

What is the tensest two-player game in your collection?

I don’t think I have any games that are exclusively for two players.

Patchwork. Dear Lord, Patchwork. I love that game, but it gets tense.

Recently, it’s got to be Villainous!

Mandala is a two-player set collection game in which players compete to score the most points! Players are in control of which Mandala cards score the most cards at the end of the game, for themselves so you'll have to be smart about which card to take and place in your personal scoring area. -- Click here to learn more about the game. 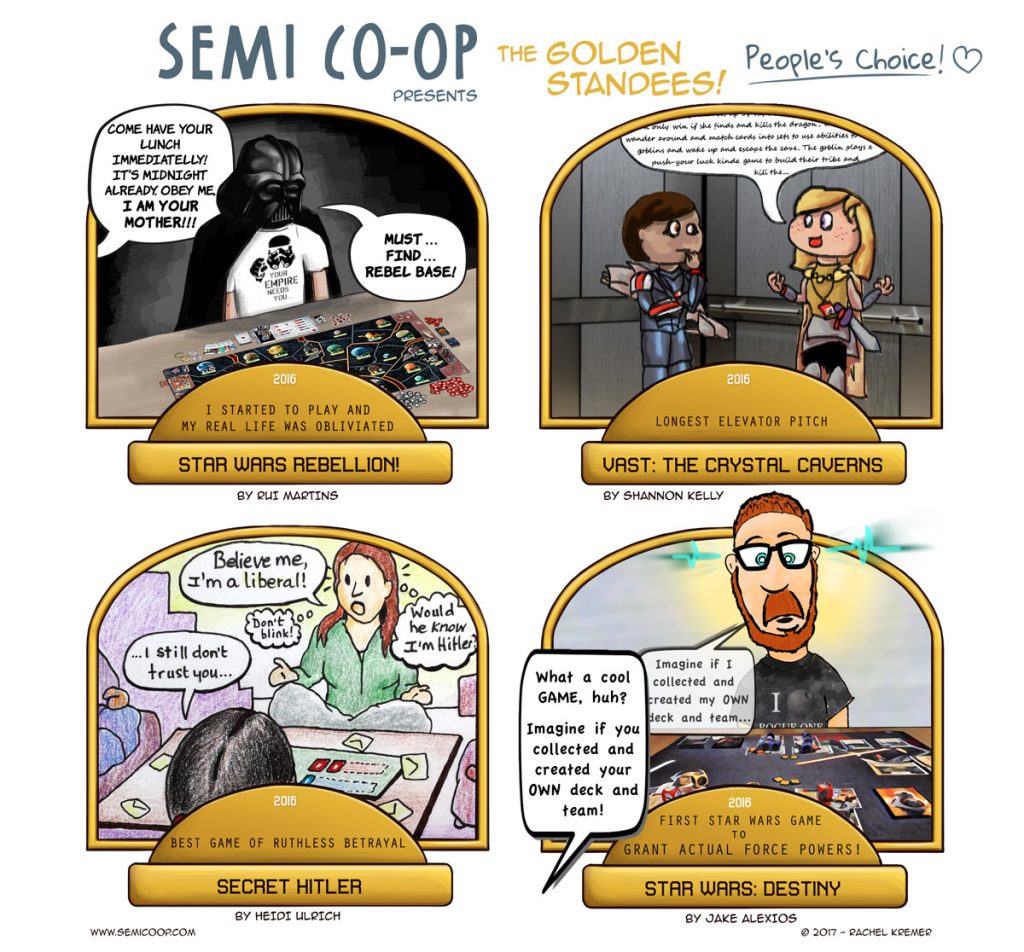