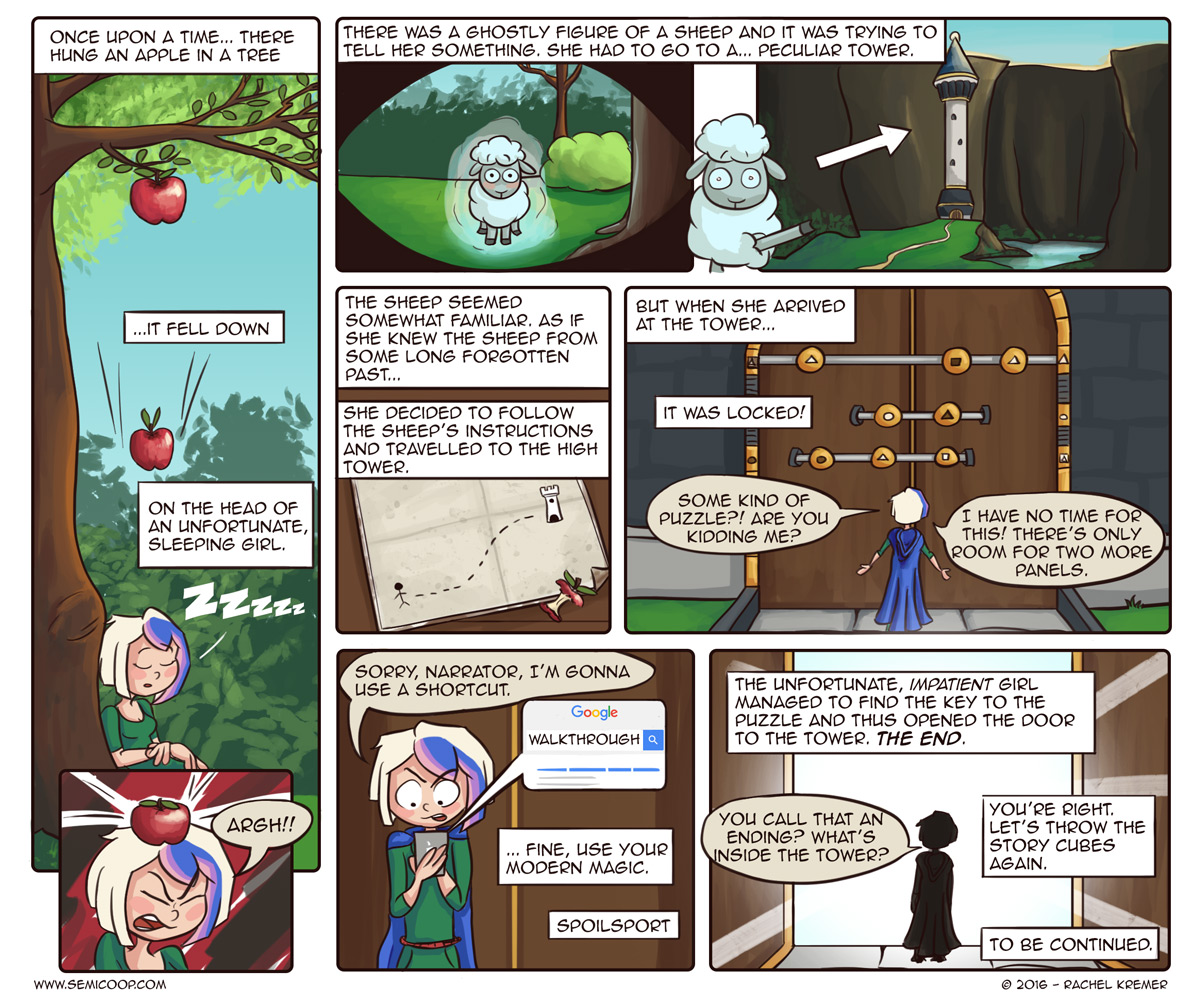 This week’s comic is slightly different. It’s not based on something ‘funny’ we thought up in advance, but it’s based on a dice roll with Rory’s Story Cubes! I have to say: it was a lot of fun not knowing what the comic would be about in advance. To be precise, it was so much fun that I’ll make another one. That might also have to do with the fact that this comic doesn’t really have an ending, yet. 😉

The comic even has an appearance of Timmy! Remember Timmy the sheep? No? You should read these two comics.

In other news: we played Android for the first time last week. That game is intense! And huge! Wow. I’m not even sure if I really like it, but it was certainly an experience. And it’s definitely comic material.

What story would you have made with the results of dice roll of the Story Cubes in the video above?

you should add the fantasy dice to the next roll

I love this comic, why isn’t it listed on piperka?

what was it again? Any sufficiently advanced technology is indistinguishable from magic?
modern magic thats almost cheating, its like giving a gun to a medieval char.
wel seperating knowlage from inside and outside char is hard toug..

This is a 'game' that will spark your imagination. Throw the (beautiful) dice and let your mind make up a bizarre, fun or horrific story. There are no rules - it's all up to you! Garanteed fun for people of all ages. Support us through affiliate links or visit your local game store! Amazon.com Bol.com (Dutch) 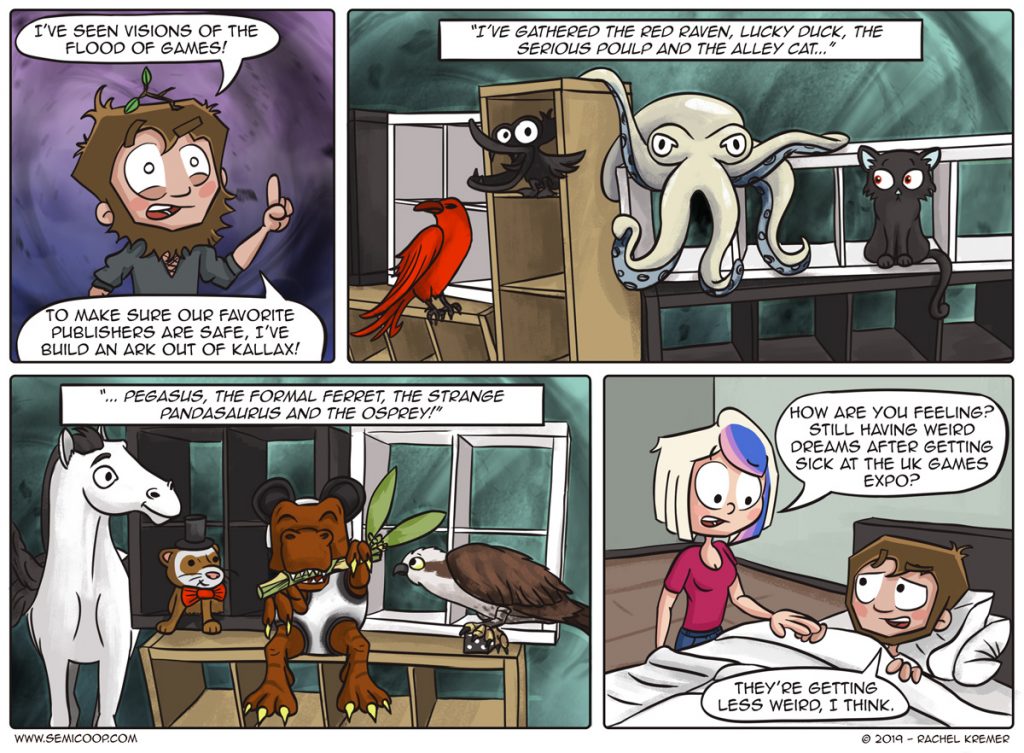