Those three weeks are turning out to be an accurate assumption… Last week, we’ve started moving stuff, board games, and shelves around the house and it’s quite a puzzle that will take way more time than we had hoped! :’) But then again, it will be for the better and I can’t wait to be done with work so I can fully assist Heinze with painting the walls.

In August, we won’t be posting normal weekly comics, but we thought it was a wonderful moment to introduce a comic format we’ve been playing around with for over a year already. So we’ll continue posting a comic on Mondays, but it will be without our Semi Co-op characters – but it will still be about board games and it will be funny, no worries there. 😉

Talking about board games, we played some good ones last week! Heinze and I played three games of a brand new game Kites and we were a little shocked at how bad we were at it.  It’s a real-time co-op game with sand timers and you can read our first impression over here.

Now that we’ve finished The King’s Dilemma, we now have regular game nights with (up to) 7 people, so we’re exploring different kinds of games from everybody’s collections. First up was Escape from the Aliens from Outer Space and that was a blast! We remembered the game being fun, but we didn’t remember how easy and quick it is. Again, we’ve written a more detailed “report” on our Instagram if you’re curious! Next time, people voted for a chaotic 7 player game of Roborally, so that’s going to be interesting!

And yesterday, we played a four-player game of Root! Ahh, this game has so much charm! We played with the Scoundrel Vagabond, the Lizard Cult, the Underground Dutchy, and the Lord of the Hundreds. It was a fun combination of races and the new player that we introduced to the game, definitely wanted to play it again. And since we haven’t even played everything the latest expansion has to offer, we certainly wouldn’t mind playing it more often.

Today, we’re a week into the Kickstarter campaign for Board Game Day and it’s going so much better than we had hoped! Already more than 400 people backed our project! At 6 PM CEST today, Ambie and I will be present on Reddit for an AMA! If you have any questions for us, either about Board Game Day or something else, feel free to ask them there!

Do you have any Summer plans?

For summer plans, there is the never-ending battle to organize the garage. We’ll probably end up moving before it ever gets to a point I’m happy with, but whatever.

I’ve played Escape from the Aliens in Outer Space, and after a number of games, it seems flawed. There is no reason for the aliens to hide who they are. If they move and attack their space for their first move, it helps ensure they do not get attacked by another alien, and as humans cannot attack (barring one special role which can do it once), it identifies the sides immediately and makes it so much harder for the humans to have any chance of escape. It was a bit of a disappointing game after realizing this. 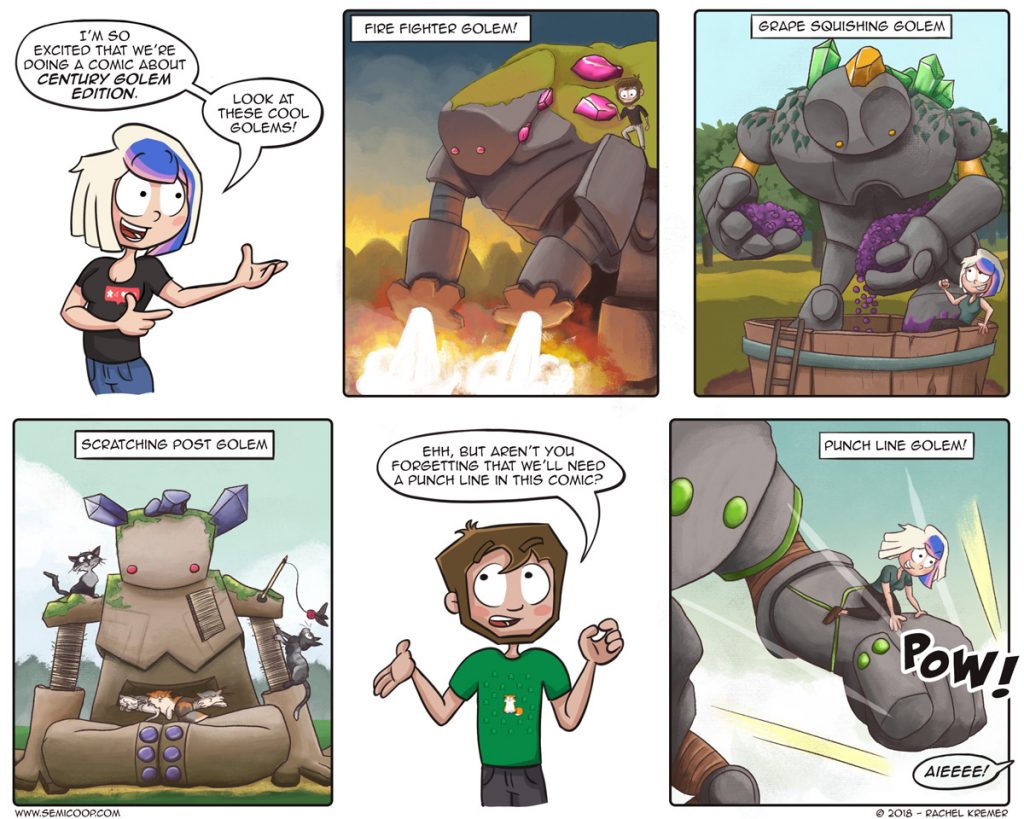