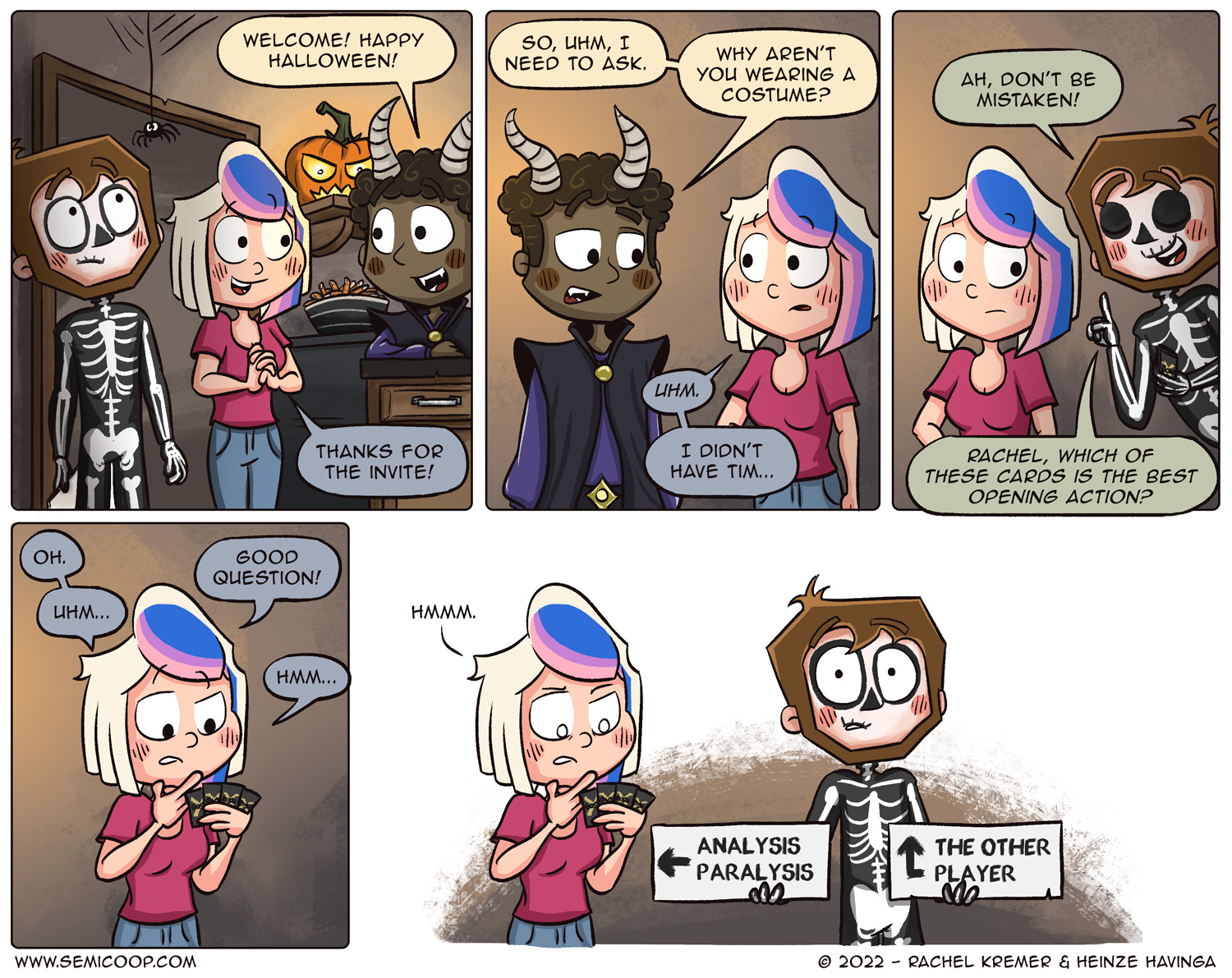 We almost forgot that today of all days is Halloween! So, happy Halloween everybody!

That also marks the end of October, and what a month it has been. We’re both happy to say that we’ve almost completely recovered from Covid and our energy levels are slowly improving. 🙂 We played fewer games than last week, but we’re still slowly exploring the new titles we brought home from Essen and so far we’re impressed by most titles!

First, was Flamecraft, which was sold out at Essen, but Lucky Duck Games was kind enough to send a copy to our house a week later! I’m a sucker for good art in games, so I was instantly drawn to the game with its adorable graphics and immense eye for detail. The game itself is very light, we would compare it to games like Chai in complexity, but the game brings an immersive and cute world to the table. The thing that we enjoyed the most, besides the endless puns, is that players together expand the town in the middle of the table. This basically makes the game a collective engine-builder in a way we don’t recall other games doing. We had fun playing the game and are sure there are quite some friends of ours who’d love to try it out. If you’re interested, you can read more about our first impressions on our Instagram.

On Friday, we had a fun game night with friends and we played Itten Games’ Ninja Master and Viking See-Saw. Especially Ninja Master really shined with five players and everybody had a good time!
We also wanted to play Oriflamme: Alliance but we realized we have the French version instead of the English version (OOPS). Nous parlons une petite peu Français, mais… we decided to play the original Oriflamme instead. We’ll just make English player aids and will play the Oriflamme: Alliance next time! :’D

During the weekend we played Tribes of the Wind and the game didn’t disappoint! We do suspect that we need to play it more like a racing game next time, you can read more about that on our Instagram as well to prevent this post from becoming way too long. 🙂 We also played Vivarium, a simple set collection game with two nice little twists. One is that you get to pick cards from the board by combining numbers from two domino stones and second, you’re constantly adding more scoring cards to your hand. It’s a clever little game which art from the artist from Hidden Leaders, so it has a fun design! Oh and we played our third game of Gosu X and our previous opinion still stands: we’re loving it!

What would be your board gaming Halloween costume? 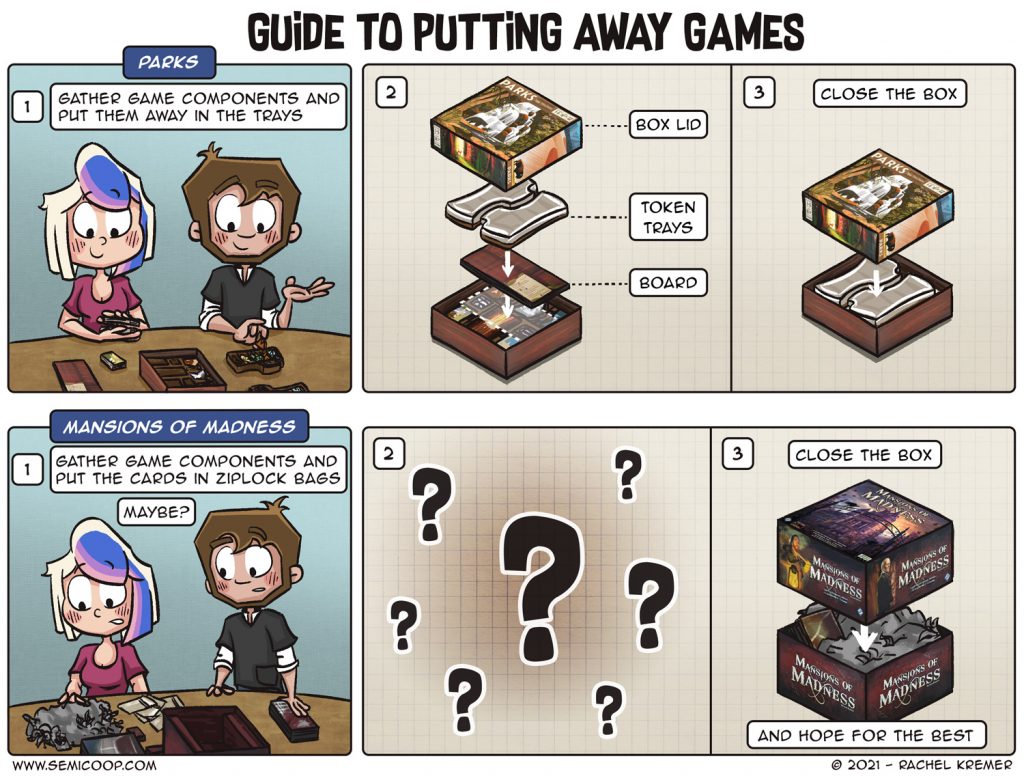