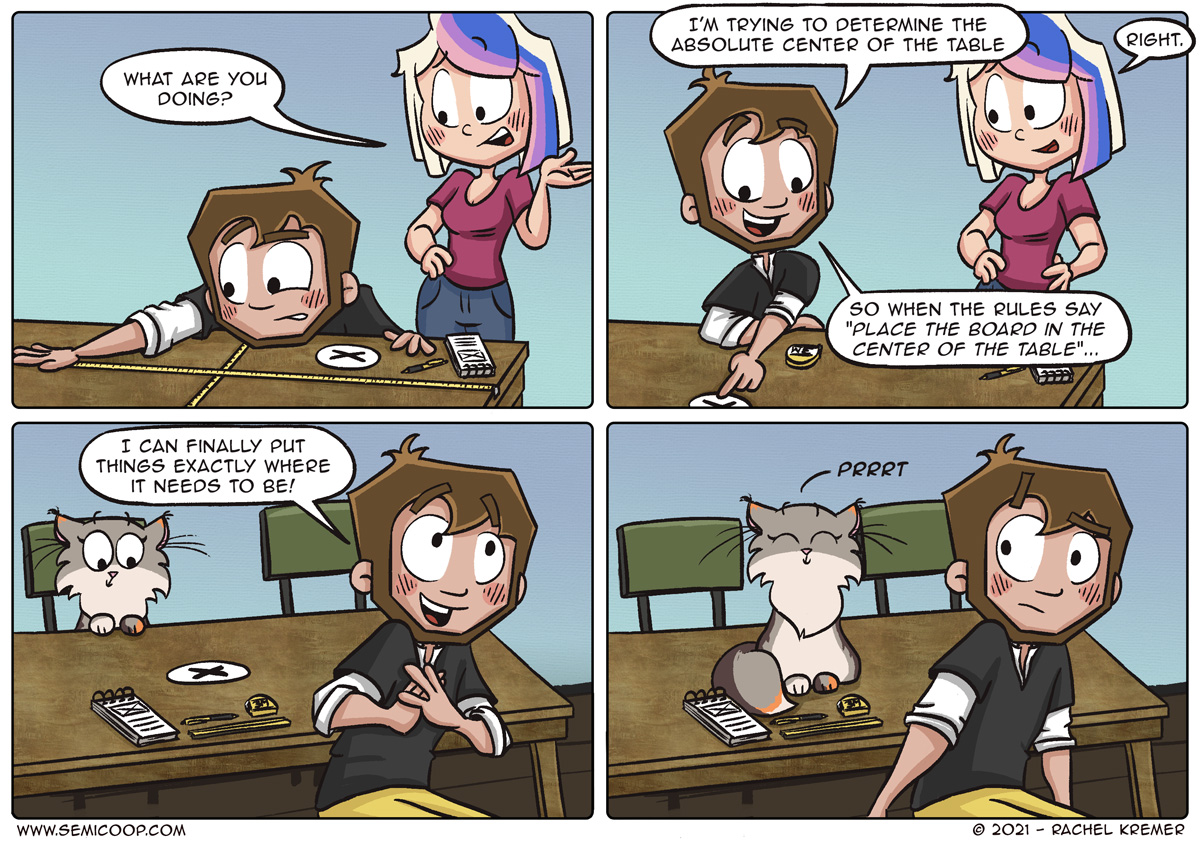 Cats know exactly where the sweet spot is on a table. The point of interest, the zero-zero-zero point. And in our case, especially Starbuck will like to let us know that she definitely deserves more attention than some silly cardboard on the table. Luckily she never really completely reset/sabotaged any of our games, not even dexterity games like Megacity Oceania or Junk Art, so we’re counting our blessings. 😉

Last week Heinze picked something up at our local game store and came across something wonderful: little baggies for the buildings in Tiny Towns! We really enjoy Tiny Towns, but we do find the setup a little bit fiddly with all the plastic bags with the buildings and the different resource cubes. This makes the setup a lot quicker and it also looks really nice on the table. That surely was a no-brainer purchase for us. These were released in retail in The Netherlands by the Dutch retailer, but we also spotted them in the BGG store if you’re interested.

We also played our third game of Pandemic Legacy Season 0 and… we won! But again, barely. We adapted our tactics and that certainly helped a lot, but the cards weren’t stacked in our favor. We do, however, feel like we can start the campaign now after a few practice games. Looking forward to creating some cool characters in the next session.

And yesterday we’ve played a game of Terra Mystica! It had been four years since the last time we played the game, so we were a little rusty on the rules. It’s still a great game, but it did take us over five hours with five players. That’s a little longer than I prefer games to be or that we remembered it took last time. Although to be fair, it might not have been the game’s fault since one of the players was dealing with a serious case of analysis paralysis.

This coming week we’ve got a game of Gloomhaven scheduled and that’s it! So it’s still a surprise what we’ll get to the table, although we’ve been talking about Merv quite a lot lately, so that’s probably going to be one of them and I’m looking forward to it!

Did a pet ever ruin any of your games?

My sister’s cats love getting up on the table in the middle of games. They think they need pets. And that can mess with the board state in Magic or other games.

I am designing a dungeon crawler game that has a rule for this scenario: If a cat jumps onto the table during gameplay, it is treated as a boss encounter and you have to battle it before you can remove it from the table. Any minis it knocks over take damage. 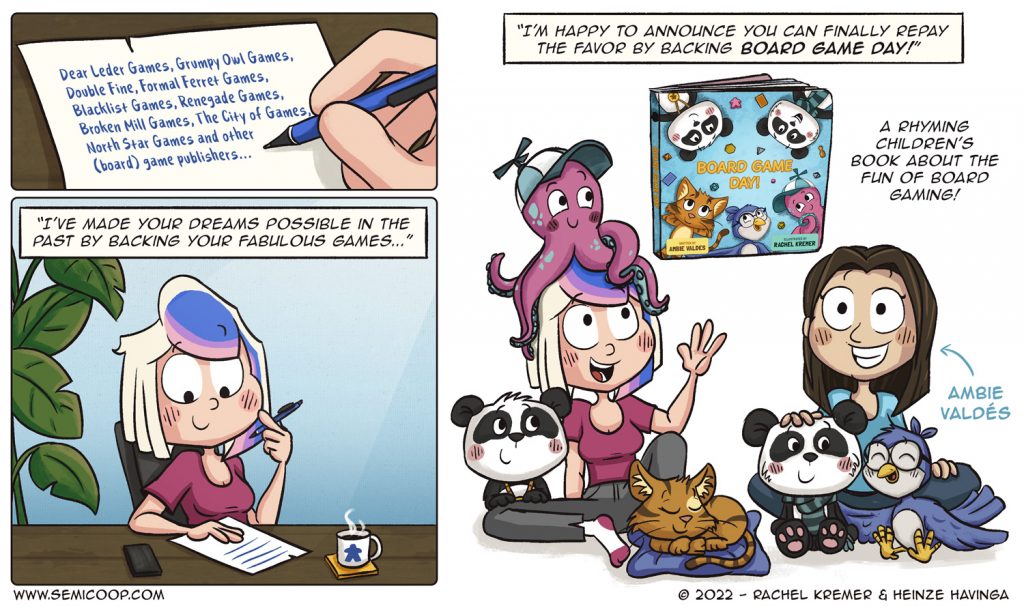