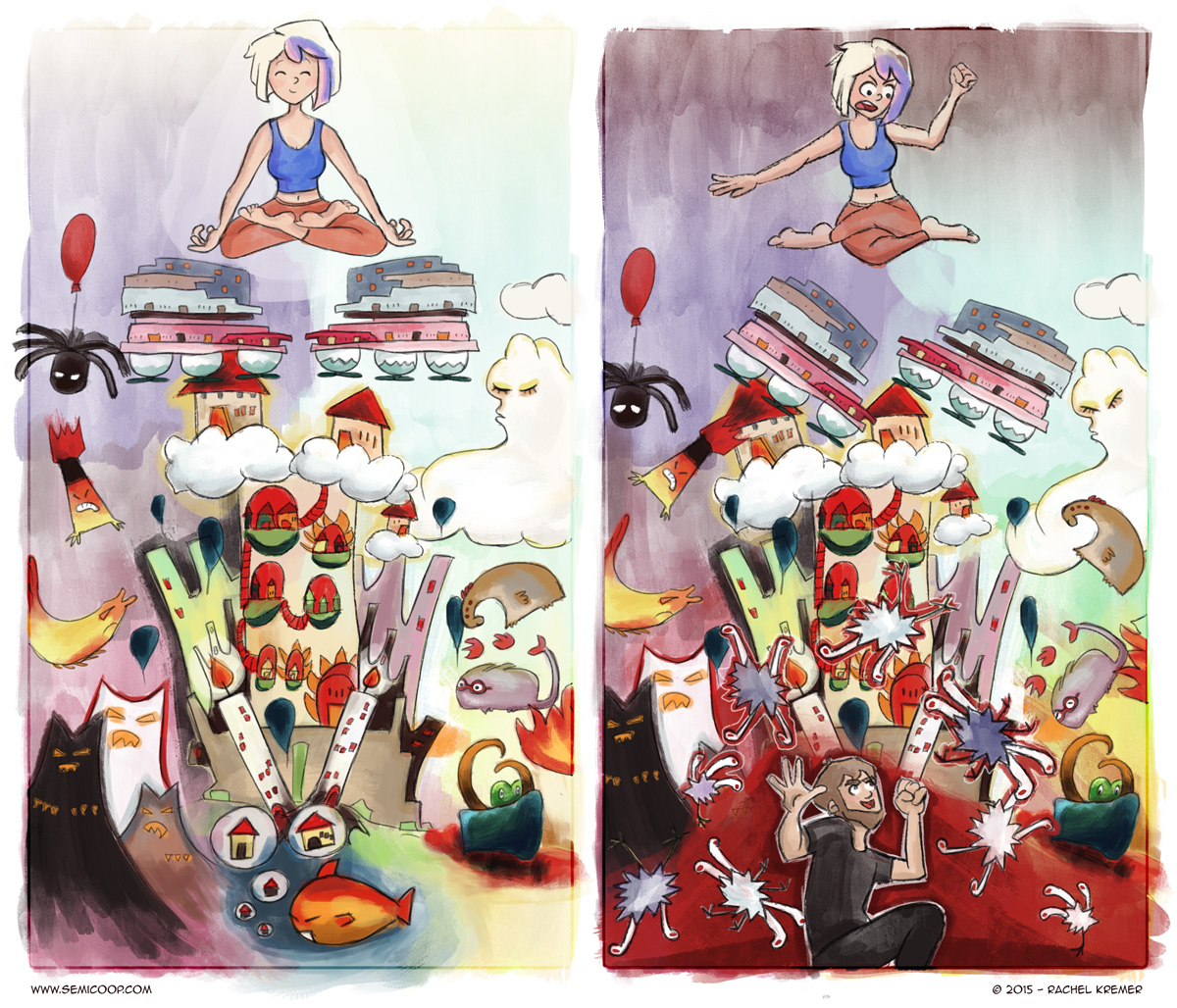 I really like Urbion and I’m quite disappionted that the game is no longer available. I believe we picked up the last copy at our friendly local gaming store a few years ago and since then, I wanted to gift it to at least four people – but alas: it was nowhere to be found!

Urbion is a nice little card game in which you have to establish balance in city districts by making sure that there are as many positive dreams as negative dreams next to a so-called City card. There are also Chaos cards in the game which will try to throw of the balance, to give you a little challenge. It’s a simple game, but it’s one of those tiny (solo) games I grab while I have to wait a bit during cooking. And although the artwork of the game probably doesn’t work for everybody, I love it! It’s different. It’s colorful and it nothing like other games (except the other games from the Oniverse series of course). And I had a lot of fun making this ‘comic’ in the style of Urbion. 😉

If you’re interested, there are are two games that are set in the Oniverse that are available:
– Onirim, gameplay wise, this game is closest to Urbion.
– Sylvion, which is a tower defense like game.

What games do you know with a very ‘alternative’ artstyle?

The Bloody Inn will be released at Spiel this year. That art doesn’t have the typical cartoony characters. I’m not sure if it falls in your requested ‘alternative’ art style, but check it out.

The art of The Bloody Inn looks amazing! Thanks for sharing! 😀

I backed Karnivore Koala this year, quite the stunning art, imo.

In this 1 (or 2) player game, you're the king of the City in which you must establish and maintain the delicate balance between positive and negative dreams. But alas, there is one thing you can be sure of: there will be chaos trying to ruin your nicely build balanced city districts. The dreamy theme of the game is translated in the artwork, which looks like a dreamscape. This game is no longer available! :( But if you'd like to know more about the game, visit: BoardGameGeek.com