What is this comic about? Watch this video:

So, Cool Mini Or Not’s new Kickstarter project Cthulhu: Death May Die has gone fully overboard. It has a ‘miniature’ that’s 57 cm/22″ high. Looking at the number of backers, a lot of people seem to be interested though. I do understand the appeal, the figure looks amazingly detailed, but we’re not that big on miniature games and this is simply too much (for us). We could provide at least 24 people of the game The Mind for the price of getting that Cthulhu here. 😉 And since CMON is taking it a little step further with each new game, what will be next?! How much paint do you need to paint this big boy? So many questions!

This weekend Heinze played another game of Gaslands and we finally played Odin’s Ravens and Bargain Quest! Odin’s Ravens was gifted to me for my birthday by a friend and it is a simple but clever two-player racing game. As ravens, players try to race around the world, each in the opposite direction to see who returns to Odin first.

Moving is done by playing cards from your hand that matches the image of the next card you need to go to. Players can use their Loki cards to change the route, go forward or force the other player to take a step backward.

It’s a very nice and short game for two players that I think will get even better after playing it a couple of times.

We also got gifted Bargain Quest by the designer Jonathan Ying (thank you so much!). We already loved the art of this game done by Victoria Ying and were even more enthusiastic after the review of Shut Up and Sit Down. We’ve played the ‘simple’ 2-player version yesterday and as far as first impressions go: this is a really fun card drafting game that we would love to try with four players! The next time we’ll play it with just the two of us, we’ll give the advanced rules a go to make it a little bit more challenging.

Tonight’s a big night for us in gaming terms. We’re going to play our maybe final game of Pandemic Legacy Season 2, December! Exciting times! We’ve been doing crazy good the last couple of months and haven’t lost any game since May or June (in-game). It has been a combination of (probably) good luck and an incredible combination of characters. Nonetheless, it has been a blast and we’re ready for the finale. And we’re also looking forward to playing other games after this before we will dedicate to the next campaign game, which will be Charterstone.

What is most ridiculous mini you can think of for CMON’s next project? 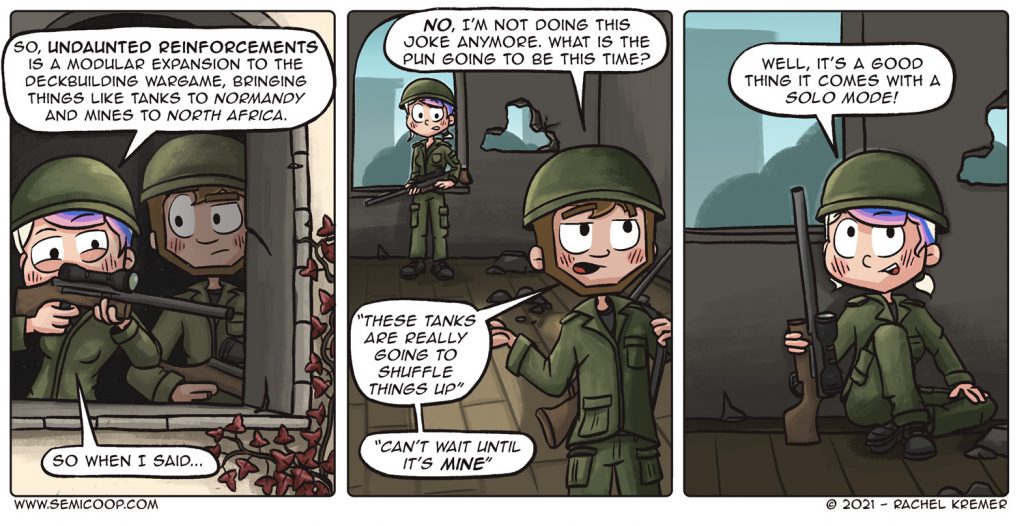