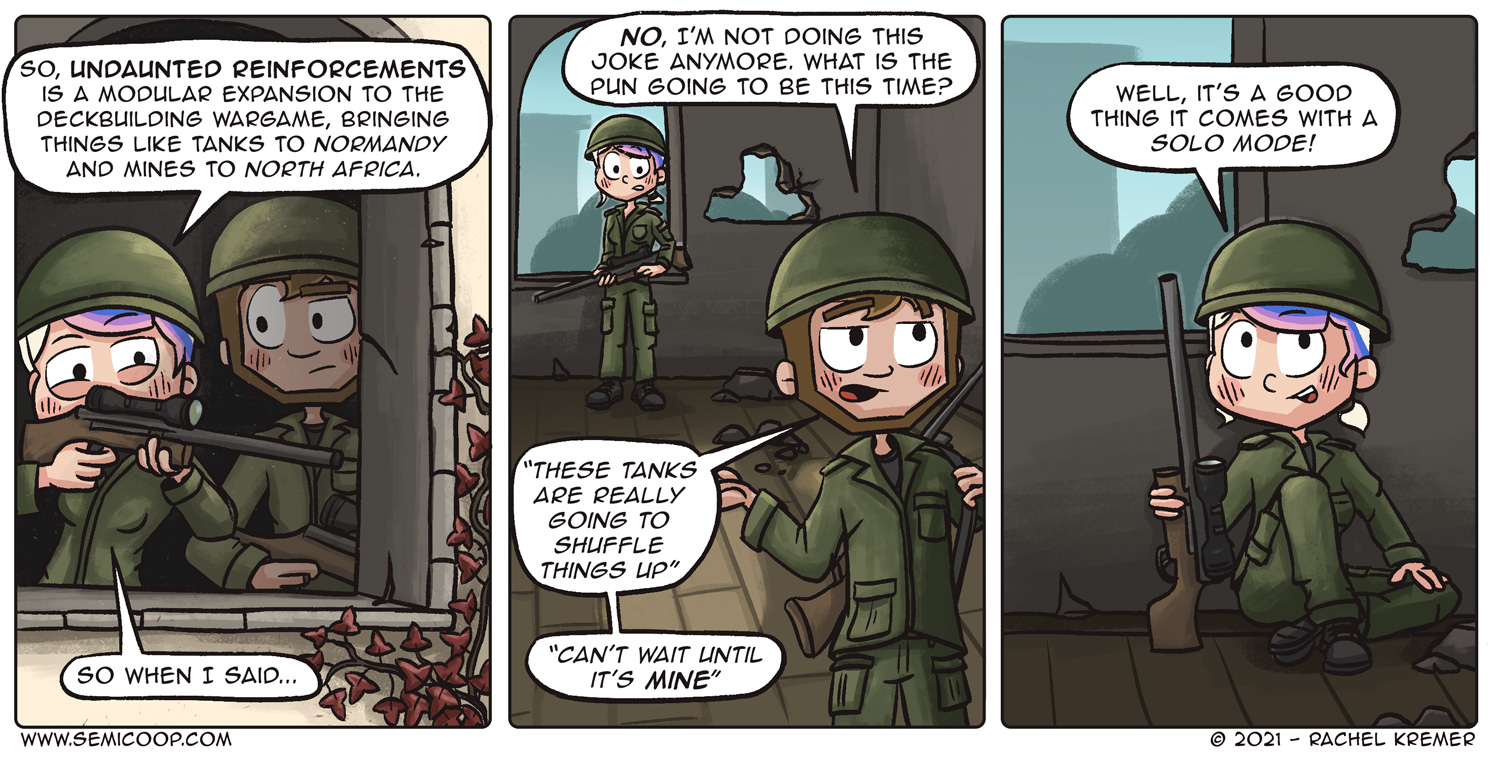 You can read our previous Undaunted comics, here and here! This comic series about the Undaunted games is kinda becoming a running joke, but we can’t help ourselves.

A new Undaunted game? Well no new stand-alone game, but an expansion! Undaunted: Reinforcements adds all sorts of things to Undaunted: Normandy and North: Africa, varying from the modular addition of tanks, scenarios and units to adding a four-player mode and a solo mode designed by none other than Dávid Turczi! We’re especially excited about the four-player mode in which you play in teams against each other. Undaunted is a game quite some friends are interested in, but we don’t play that many one-on-one games with other people, so this is an excellent way to play it during game nights.
The expansion comes out on November 25th according to Osprey’s website, so we’ll surely want to add this gem to our collection!

But enough about Undaunted, let’s shed some light on other games! Last week we received an unexpected copy of Klask and that has been such a fun surprise. We mostly know Klask from conventions and their interesting way of marketing their game where people would get a free copy of the game if they allowed the word Klask to be written on their forehead with a permanent marker. 😀 It’s one of those games we would not buy ourselves but they are extremely fun to play. It’s quick, sturdy, and hilarious. Definitely, something we can easily play while cooking dinner. The only challenge will be finding the right place to store it since it’s quite a big box.

There were two other new games we’ve played last week, first we played The Key: Sabotage at Lucky Lama Land. HABA was kind enough to send us a copy of the game after we had also depicted the game in the last panel of the comic they commissioned us to make. It’s really something else and an interesting take on detective/deduction games! In the game, you choose one of the colored keys and lay all the cards face-down in the middle of the table and will individually try to solve the same mystery by finding out who sabotaged which attraction with what object. Then, all players will simultaneously start grabbing a card with a color corresponding the chosen key color in the beginning of the game. There are all kinds of different clues on the cards and you keep track of all the information in your shielded player area. After you think you’re ready with the clue, you can continue grabbing more clue cards. All the cards are worth a certain number of points and the player who manages to solve the case with the least amount of points, wins! The solution to a case exists of three numbers which you check on a special board. We think this game is a lot of fun for families, but we do wonder how high the replayability is if you’re playing it with somebody who remembers the unique codes for the different cases (there are nine different colors keys/cases).

And we played another new deduction game this week: Picture Perfect (many thanks to Arcane Wonders for sending us a copy!) and in this game, you’re trying to create the perfect composition for a group of people who all have their own wishes about the picture. All characters have an envelope with three preference cards and these envelopes will pass between players so you will need to remember what the character’s wishes are! Players have their own player screen with a table and cardboard cutouts of the characters where they will try to make the composition that scores the highest number of points. We played the basic game and you can read our thoughts in our Instagram post (also, check out how cool this game looks)! Games are getting so creative!

We have another game night scheduled for tomorrow night, so we’re curious which game will hit the table.

What game should come with a solo mode?

In this two-player strategic deck-building game, players will play through a campaign of twelve scenarios, fighting battles that took place during WW2. A surprisingly accessible war game! -- Support us by using our affiliate links or visit and support your local game store! Amazon.com 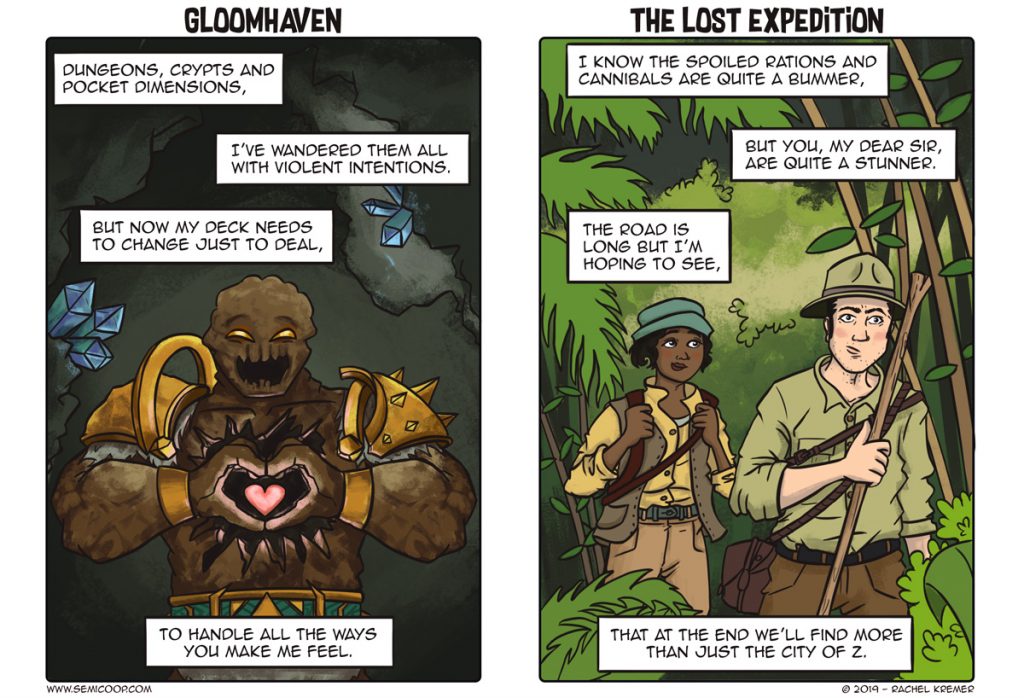