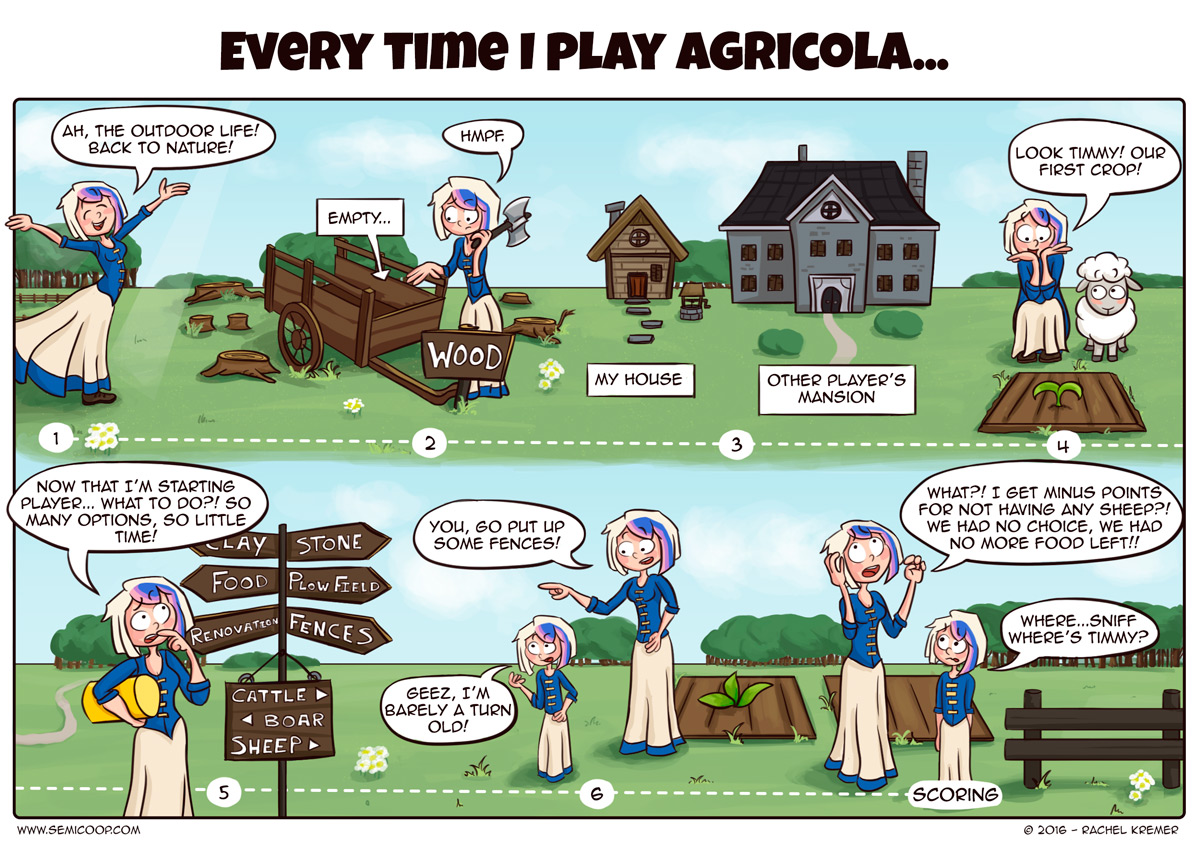 You can read all about my opinion of Agricola in the blogpost of the previous webcomic I made about the game. In short: I have a love-hate relationship with the game. This comic is mostly about the (recognizable) emotions or situations players experience during the game. I at least like to think that most players go through these emotions, I know I do. 😉

We’ve been playing lots of games the last week! Besides more Imperial Assault, we played our second game of Eclipse and that was once again a lot of fun. Even though I lost terribly after forming an alliance with another player and we got slaughtered by the others. We finally played The Grizzled, Evolution and Flick ’em Up with more than 2 players! The Grizzled definitely is better with more than 2 players and Evolution completely changes since you get to play 3 trait cards per species instead of 2. We think Flick ’em Up also was more fun with more than 2 players. 🙂  A new game we played was Counting Zzz’s, I wouldn’t say it’s an amazing game, but it is very light and funny when played with the right people.

What games are better at higher player counts?

Definetely Eclipse is better in larger groups 🙂 Of course game can last few hours (and trust me: it will. 30 minutes per player is a lie :P) but with lot of politics it’s getting more interesting. recently I’ve player Eclipse game with seven players total. In the end we had three alliances (3-2-2 players) but almost every turn started with silent conversation between players. Both in alliances and across. In most cases even players in alliances weren’t sure wheter someone betray them or not 🙂

there is probebly a game for evry number of player groups.

this agricola one is fun. cant wait for your caverna one. 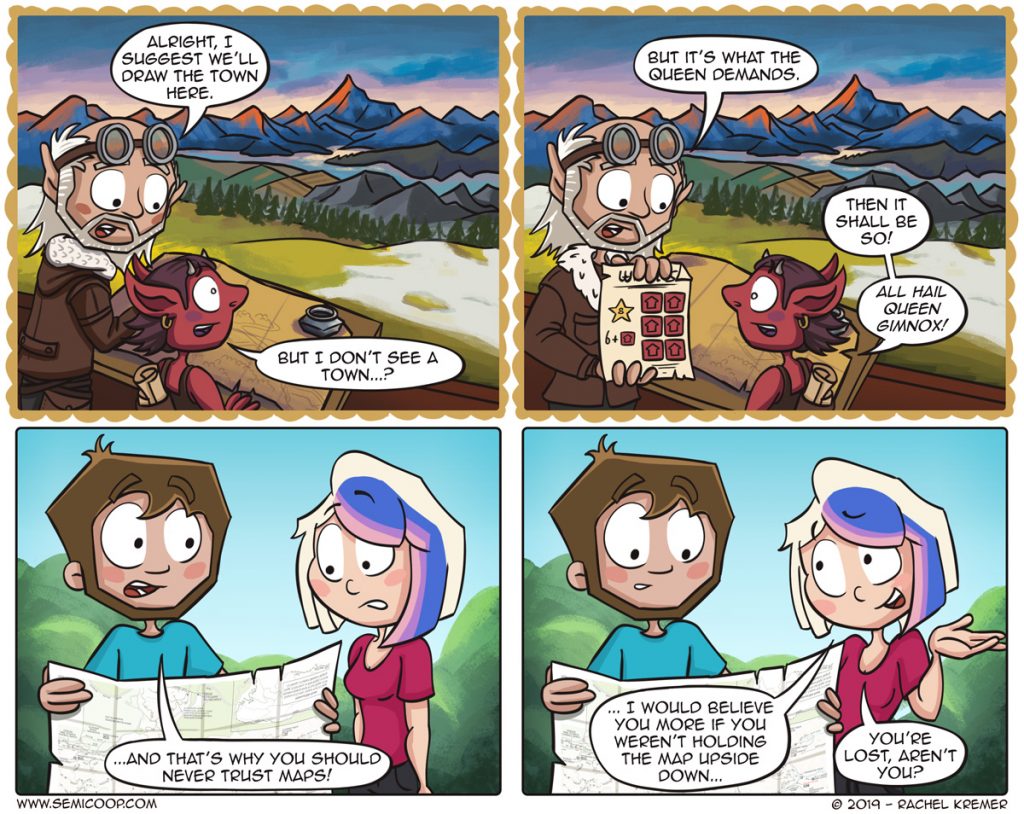